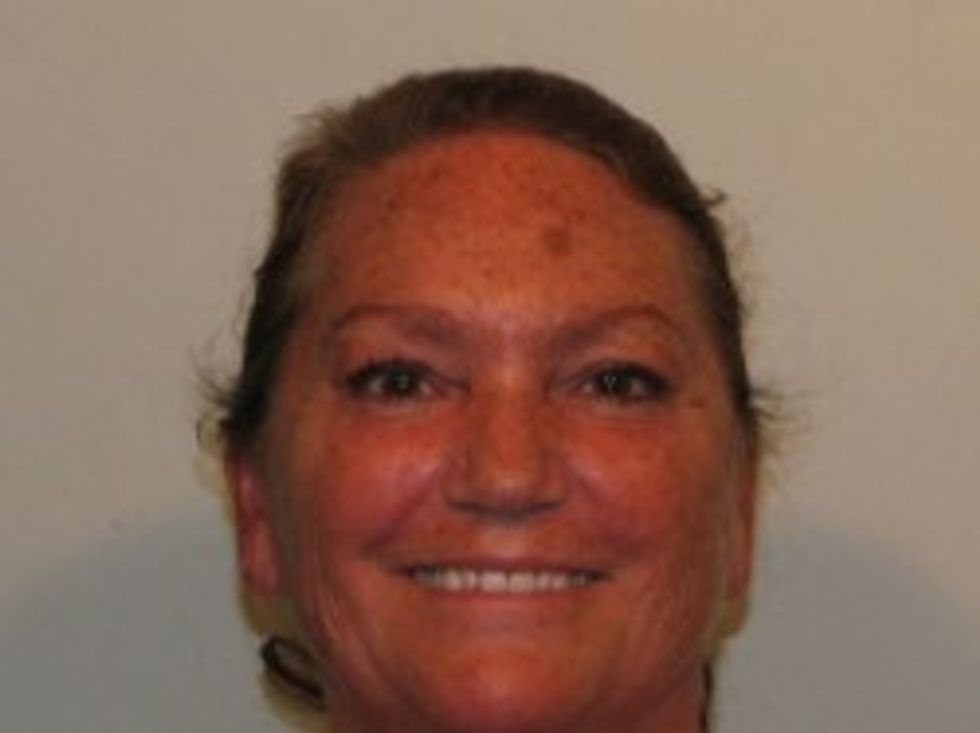 Illinois crazytime state lawmaker update alert newsbreak: GOP state Senator Suzi Schmidt, the curiously thrilled human pictured at left, was arrested for, uh, "damaging" an animal feed bag belonging to the neighbors and was later served with an "emergency stalking no contact order." This is the same Suzi Schmidt who last year preemptively phoned 911 dispatchers on Christmas to first inform them of her official title and then instruct them to ignore her husband if he just happened to call in to report her for domestic abuse and then bragged that her husband was "afraid" of her connections. How is this woman not governor yet?

From the local ABC News station:

The state senator was arrested on a warrant when a deputy spotted her at a Menards store in Gurnee Tuesday. She is charged with criminal damage to property and criminal trespass to property. Both are misdemeanors.

Schmidt is accused of damaging a neighbor's animal feed bag last week, and there reportedly was some kind of argument.

Yeah, we were hoping for a few more details around that whole "accused of damaging a neighbor's animal feed bag" part of it, too. But that is why God gave you imaginations, children! And Illinois politicians. [ABC News/Chicago Tribune]