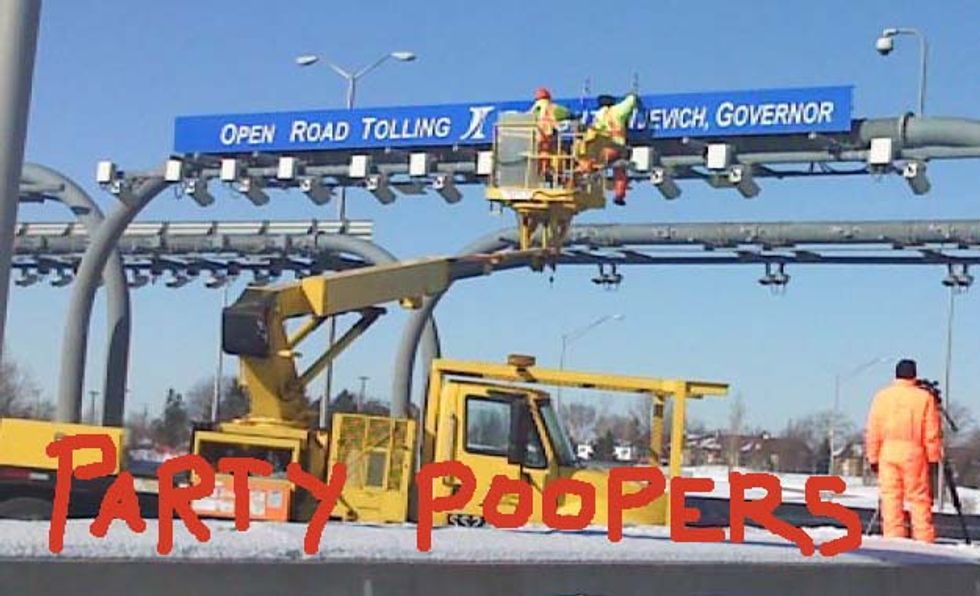 Illinois finally got tired of having to remove the names of indicted politicians from the thousands of public signs that elected state officials treat as dog patch where they get to leave little territorial name-plate marks at taxpayer expense. Gov. Pat Quinnsigned a law prohibiting state officials from putting their name or likeness on any public sign paid for by the state, mostly because beloved human comedy routine Rod Blagojevich spent a half million dollars in state funds to litter his name all over the Illinois Tollway. BOO. Poor Blago. What is the point of even having a ridiculous name if you can't make sure people see it everywhere they go?

From the Chicago Tribune:

The measure was a response to Gov. Rod Blagojevich's decision years ago to plaster his name on nearly three dozen signs on the Illinois Tollway at what Quinn said was a cost of almost $500,000.

"Sometimes there are those in politics and public office who want to glorify themselves at public expense, and I don't think that's right, I don't think the public feels that's what Democracy is about," Quinn said during bill signing ceremony at the Cermak Toll Plaza on Interstate 294, which used to display Blagojevich's name.

There is absolutely zero fun left in being a politician. [Chicago Tribune]