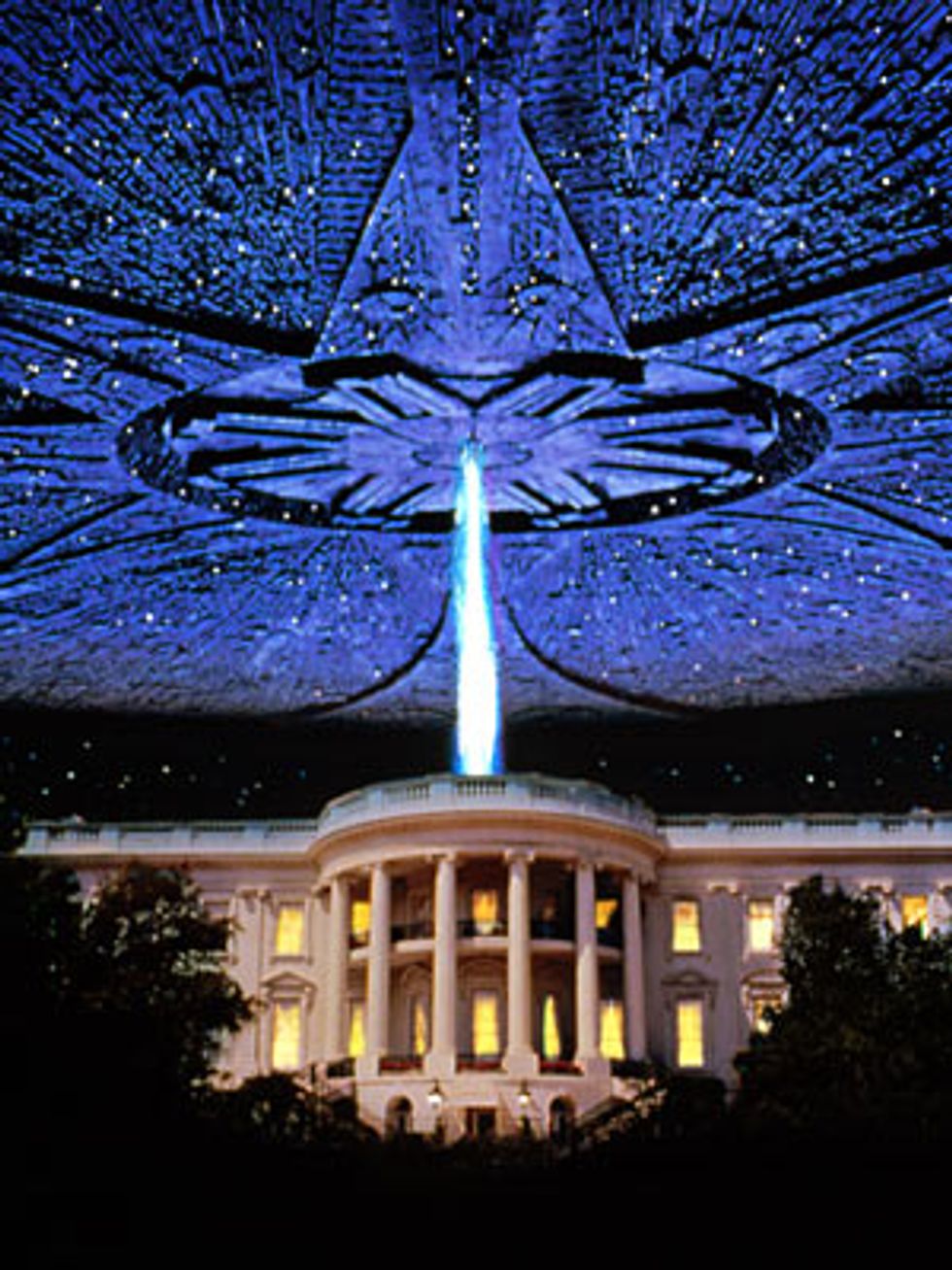 The main political news in the world right now is that allegedly rape-y IMF Frenchman, because heresigned his job as chief of the International Monetary Fund. Surprising, too, because most people just figured he would run the IMF from prison. (This is how it works at the World Bank.) Also, and just like Tupac, Osama bin Laden is still releasing new tracks. His latest dropped via cassette tape or something, totally old school. In this statement, Osama says he is so keyed up about the Arab Spring peaceful demonstrations that he's wondering if the whole violent Al Qaeda terrorist thing is even relevant anymore. So, good for Osama! Everybody should get a chance to repent before they're executed by U.S. Navy Seals in a Pakistan suburb. Also: There are giant sunless planets just cold floating around our galaxy, billions of them. Billions of stray planets floating around, without a star to warm their native space monster populations. And these planets are all going to smash into the Earth, on Saturday.

JPL says in this press release:

The discovery indicates there are many more free-floating Jupiter-mass planets that can't be seen. The team estimates there are about twice as many of them as stars. In addition, these worlds are thought to be at least as common as planets that orbit stars. This would add up to hundreds of billions of lone planets in our Milky Way galaxy alone.

And somewhere, there might even be a lifeless sunless planet where Newt Gingrich can be president. Just kidding! But he could definitely divorce one of his wives on one of these planets, if she gets space cancer.

Newt! He is like the Donald Trump of 10 days ago. (A funny thing in a recent issue of the New Yorker was that EVERY SINGLE LITTLE SPACE-FILLER CARTOON was a silly drawing of Donald Trump doing something, like daintily twirling an umbrella or walking a poodle.)

Anyway, serious Bin Laden stuff to keep you thinking about Bin Laden for another couple of days, instead of, you know, everything else: Al Qaeda released this new tape and the Al Jazeera is broadcasting the audio. "The light of the revolution came from Tunisia. It has given the nation tranquility and made the faces of the people happy," he said in the tape. And then he said people who have peaceful protests are also kick-ass holy warriors, so this is basically Bin Laden embracing nonviolence now that he's dead.

The tape had gone unnoticed by U.S. special forces, because Osama had apparently written "Old Ben Laden" on the videotape label to confuse those searching for his stuff.

What else? Barack Obama is expected to give an "important Middle East speech policy thing" on Thursday, which is later today if you don't include the night. Nobody in the Middle East is expected to pay any attention, which is honestly kind of what the White House is hoping. Obama plans to announce a new war "on the small island of Crete, where we are physically limited by the island's size, as far as tanks and troops and what have you." Obama will also mention his own aborted plans for a war on the even tinier island of Lesbos, because the Joint Chiefs of Staff old dudes kept laughing. Like there is something funny about that! (What's actually funny is that many thousands of lesbians serve in America's Armed Forces and can be immediately kicked out and probably waterboarded if anyone "finds out" they're homosexual.)