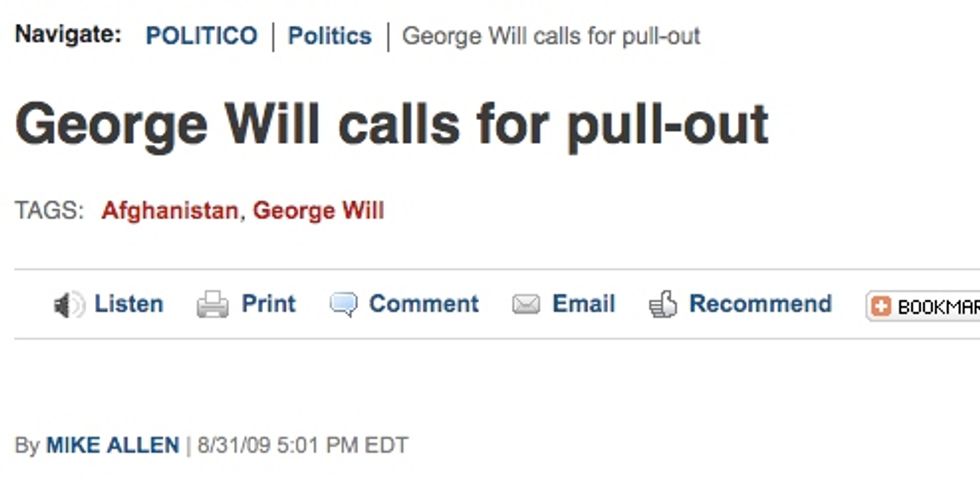 Politico fiend Mike Allen is going insane about an upcoming piece from the Washington Post's very very serious conservative columnist George Will, in which he will offer the "startling recommendation" that maybe our government should end that other Middle East war it started ten million years ago. Choose your own reaction! (1) Who cares what mean old George Will says about anything? (2) Hooray for George Will! You take that stand, George! (3) Ha ha, "pull-out." [Politico]