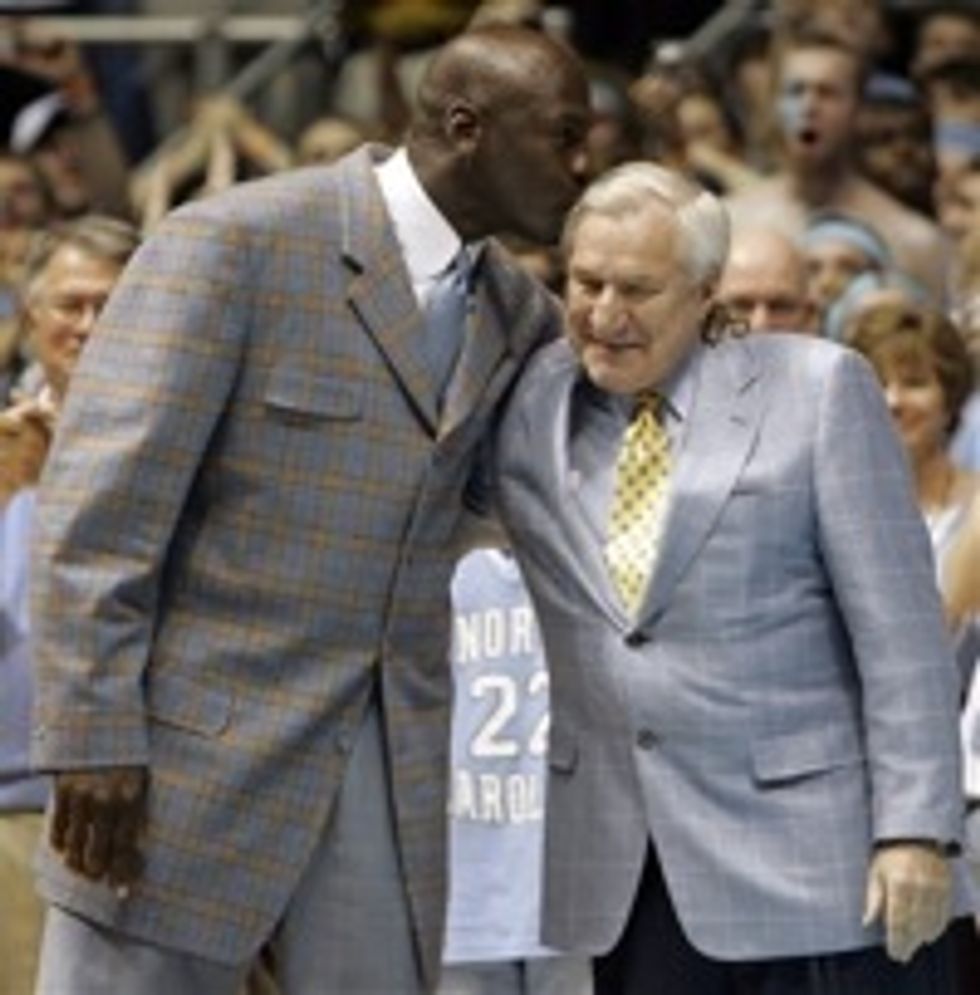 In North Carolina there is a famous old liberal named Dean Smith, who coached the Tar Heels for a million years before retiring to become a bleeding heart. He has officially endorsed Barack Obama for president which, according to Wonkette reader Kelsey, means "It's over in NC." Coach Smith's exciting email after the jump.

There is a point in every contest when sitting on the sidelines is not an option. That is why Linnea and I are writing to urge you to join Barack Obama's campaign for President. There are pivotal moments in history when the right decision by a nation can change its course for the better -- opening up new paths before us and providing future generations with opportunities that we had not thought possible. This coming election provides one of those moments. Linnea and I believe Barack Obama is the right leader at this critical juncture. I have written that when coaching a team, you must be prepared to make changes to meet new challenges and obstacles. We must be prepared to do the same as a nation. Now, it is the United States that needs a change in direction... and a change in leadership. Join Barack Obama today by volunteering in your corner of North Carolina:

Linnea and I respect all that Senator McCain has done for our country. However, we feel strongly that it is Barack Obama who offers the real leadership our nation needs to tap its potential as a land of opportunity -- even as we face difficult times at home and abroad. Senator Obama is a patriotic American, a committed Christian, a good family man, and a man who shares the bedrock values that most North Carolinians have in common: fairness, hard work, respect for others, and personal responsibility. And he has the vision and judgment to help us push through this period of uncertainty to a time of greater economic stability and greater security from threats abroad. If you believe America needs to set a new course, then the time to join us is now. If you are already an Obama supporter, please step up to help our campaign. There are only about three weeks left before Election Day, and if we are going to move away from the failed policies of the past, then we need your help now. So we encourage you to get out there and get involved -- talk to your neighbors and sign up to volunteer today.

And pass this email along to those you think might be interested. This election is too important to stand on the sidelines and watch history pass us by. Thank you,