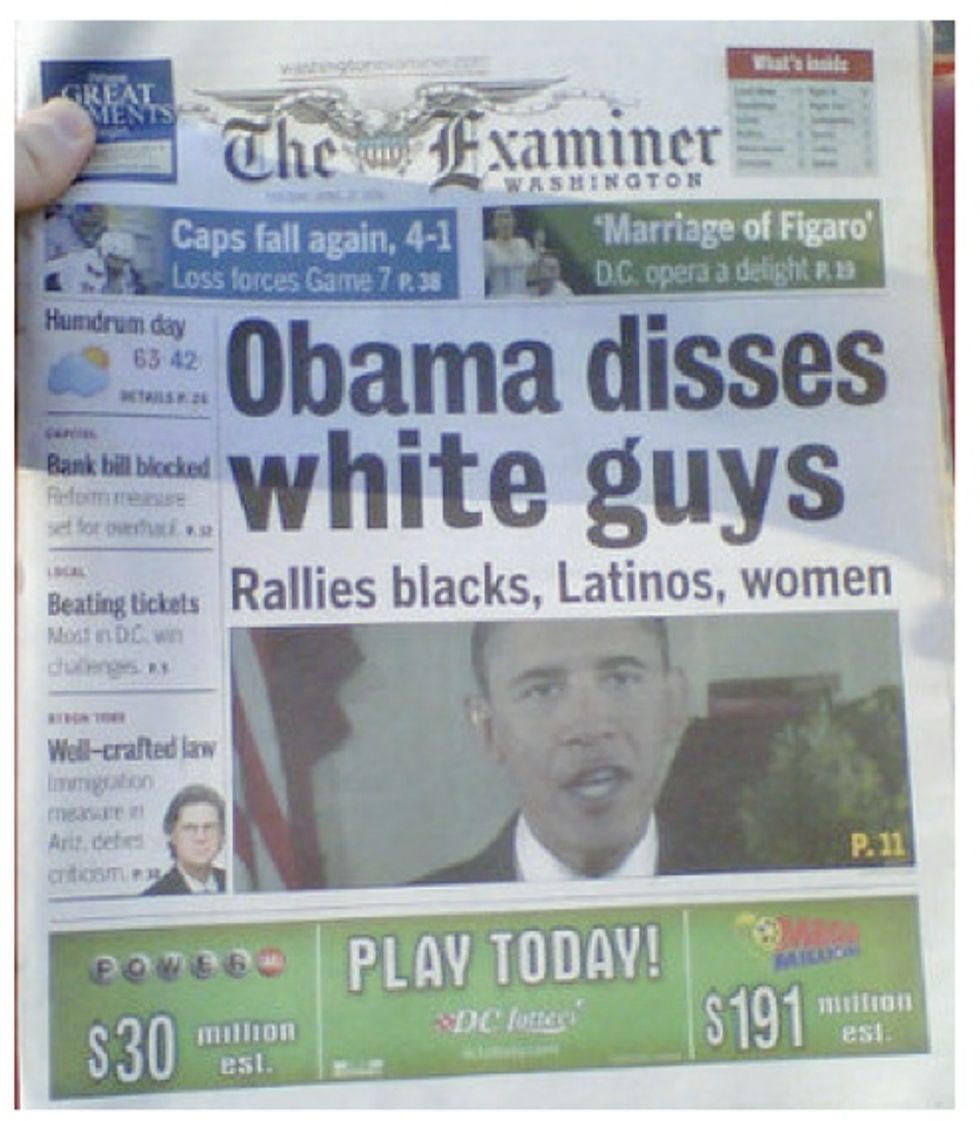 You may have seen thecover of this morning's Examiner while you were ignoring it and picking up Express instead. The news is very shocking. The Caps took 50+ shots on that friggin' Montreal team, but only one goal? Jesus Christ...

President Obama's tricky, midterm election strategy relies on luring back the first-time voters who supported him in 2008 plus re-engaging women, blacks, young voters and Hispanics.

In a video message emailed to more than 13 million supporters, Obama said Democrats need a 2008 repeat.

Conservatives said the move was racially divisive -- asking rhetorically what would happen if a president called for unity among white voters to win an election.

Then he'd be a Real American, duh. He's not interested in that. Can we move on to new questions, please?