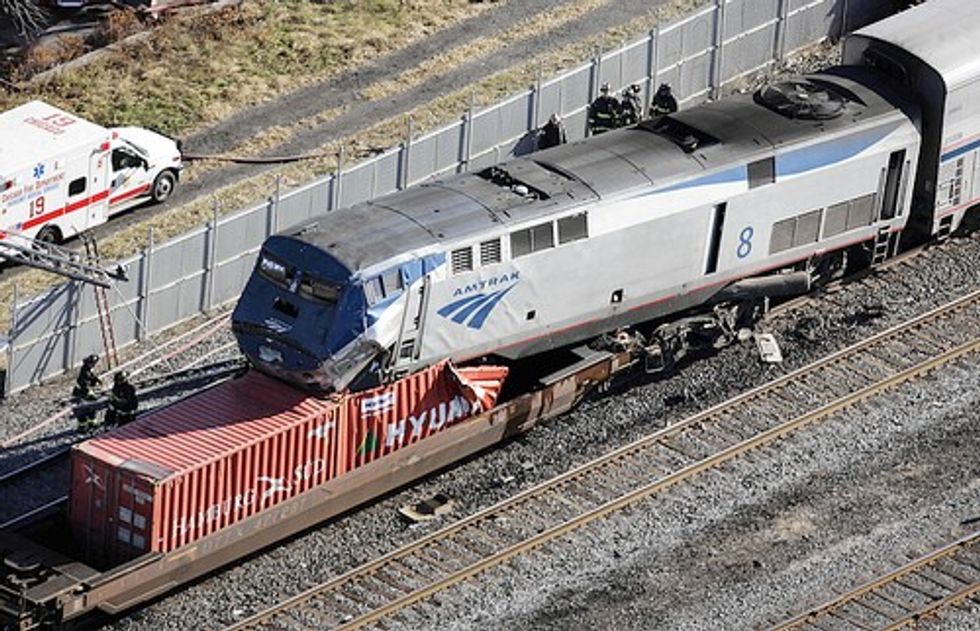 Anyone who has ever been on an Amtrak train—especially during rush hour or the onset of holiday weekends—knows how much better things would be aboard that train if passengers were allowed to bring guns on it. Any and all conflicts would be basically pre-solved, because whoever wins is just whoever has a gun, see? Anyway, Congress is all for it, and they are willing to withhold $1.5 billion in funding from Amtrak—orshoot Amtrak with a gun concealed in its messenger bag—unless this is allowed by April.

People used to bring guns on these trains all the time—that is, before someone realized that terrorists can take those guns and use them to fly the trains into skyscrapers. For whatever reason, this is no longer anyone's concern:

The provision [...] was inserted into the $68.8 billion Senate transportation and housing and urban development spending bill as an amendment. All 40 Republicans, 27 Democrats and one independent voted for the amendment, sponsored by Sen. Roger Wicker (R-Miss.).

Amtrak and its defenders in Congress have argued that the government-owned train company needs more time and resources before it could allow firearms onto trains.

“We don’t think we’ll be able to do that March 31 deadline, and, of course, finding the funding to make all of that happening,” said Amtrak spokesman Steve Kulm. Failing to meet that deadline and missing out $1.5 billion in appropriated funds, its entire funding request for 2010, would bring a “cessation of train service nationwide,” Amtrak Chairman Thomas Carper wrote to appropriators last month.

Bottom line is: the only way Amtrak trains will be running this spring is if there are secret guns all over them.