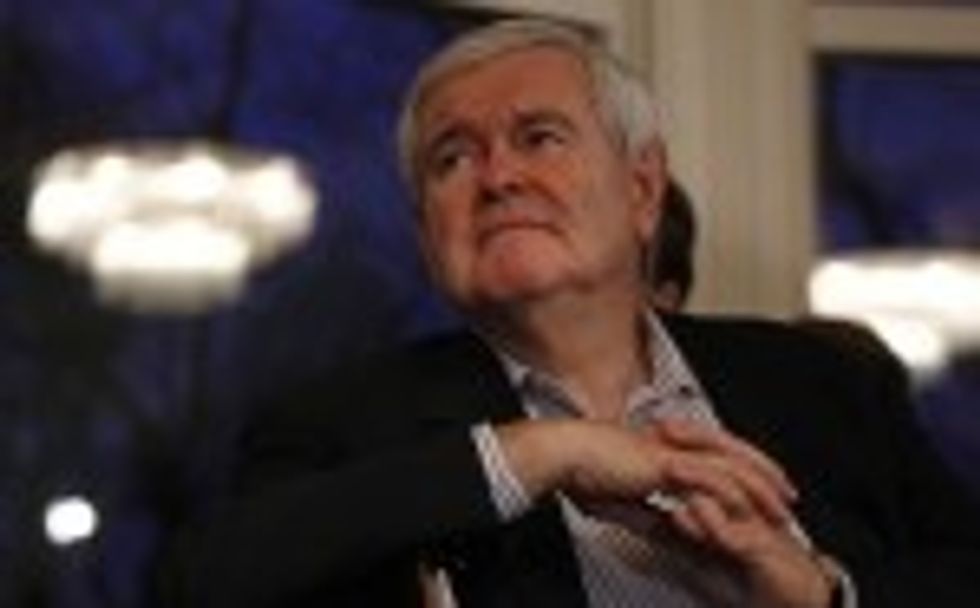 It wasrecently reported that Newt Gingrich and Fox News had a tiff. Newt likes attention and Fox had plenty to give, but not to Newt. Fox met a new man. His name is Mitt. He was everything Newt couldn’t be. Newt tried to get Fox to return by opening up his heart and writing a poem, but nothing worked. Newt started seeing CNN later on and recent reports have seen them out on the town together. Rumor has it that Newt and Callista will even be sitting at CNN’s table rather than Fox’s table during the White House Correspondents' dinner. When Fox learned of Newt courting CNN, she became jealous and a war of words has now ensued.

"This is nothing other than Newt auditioning for a windfall of a gig at CNN – that's the kind of man he is. Not to mention that he's still bitter about the fact that we terminated his contributor contract."

Fox insists it has been fair and balanced, leaving people to wonder if Newt has been an asshole from the get-go. It is doubtful considering Newt has shown massive amounts of credibility lately by winning two states and getting his picture on the counter of every 7/11 and check cashing place throughout the country. We would have asked George Will for his opinion, but it was pointed out he is another jealous prick wanting a hunk of Newt.

"In the case of Will, I was on [George] Stephanopoulos on Sunday morning with him, and it was kind of a 'You're not allowed to run for office – I mean, if you could run for office, why am I not running for office?' And it's almost like they were personally offended. You know, 'This can't be real,' and 'How can this guy go do that?' I got that reaction from Will a few years back about writing a book, because I'm supposed to be a politician. He's supposed to be the writer. Well, I've now written 24 books, and 13 of them are New York Times bestsellers. I mean, there's a morning when George ought to just get over it."

There was only one other avenue to turn to in order to find out if Fox was in the wrong or if it was Newt. It was time to go straight to the source; the entire Republican party. Unfortunately, it turns out they are all jealous of Newt too. Newt even described his own party as “inarticulate”!

So, why is Fox firing back at Newt if he is such a great guy? It looks like he is an asshole after all! It turns out that Newt learned of a mole that popped up at Fox and assumed it was cancer resulting in his departure. Everyone knows, when a polyp shows, Newt goes.