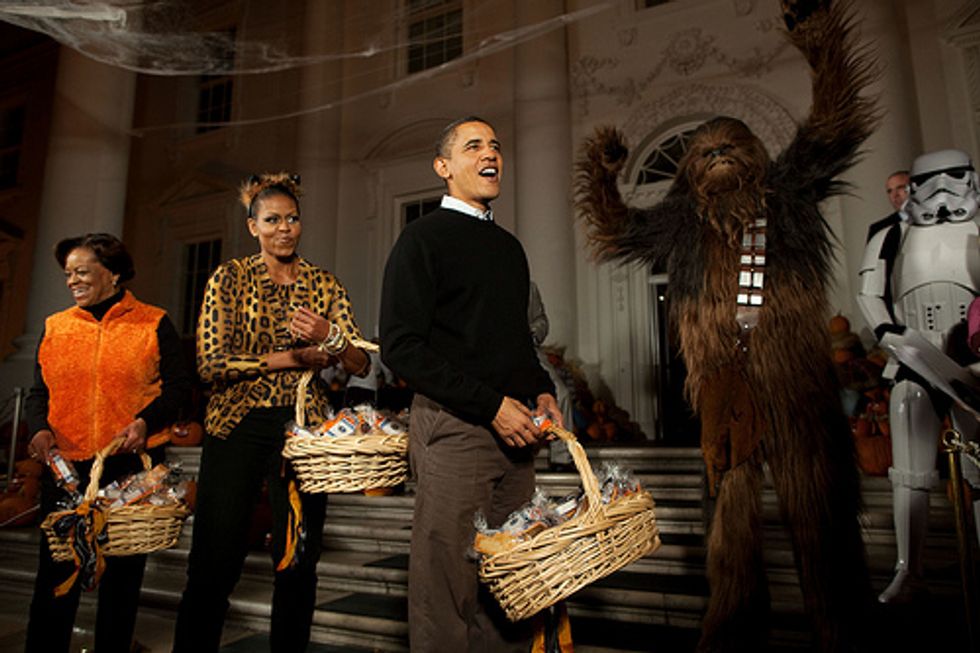 Looks like the Wonkette photo desk was pretty much abandoned during your managing editor's long absence, which basically means nobody was raiding the White House Flickr feed for easy comedy blog postings, so forgive us if we GO BACK IN TIME to a special day that is really every single day for all Americans forever: Halloween.

So, Barack's mother-in-law is "dressed up" as a Gitmo prisoner. Michelle is what, maybe that crazy lady who urinated on the neighbor's porch and scared the kids? Barry is dressed as ... Harry Potter? Let's say Harry Potter. Harry Potter and the Inappropriate Easter Basket. And then there's his sidekick, Chewbacca -- so maybe Obama is really "a gay child version of Lando Calrissian, forced by this stormtrooper to carry an Easter Basket, for Jesus."

Every year at Halloween, the socialist president pulls out the rotting head of Abraham Lincoln so all the guests can laugh at the Father of Our Country. Okay, that's enough Flickr Fun for now! Otherwise, we would need to come up with some explanation for this outrage. [White House Flickr]