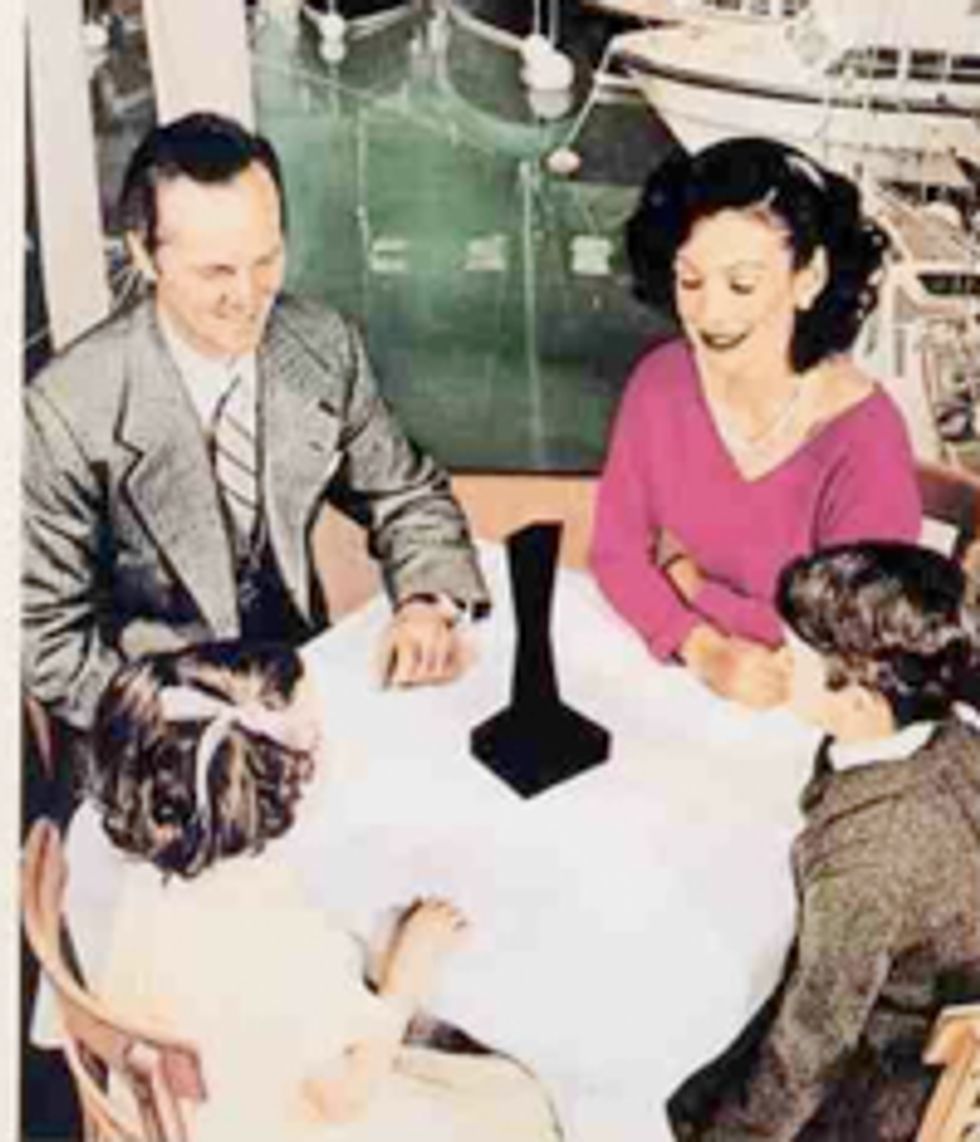 Back in the day when people printed out the Internet every morning and handed the "House & Garden" section to their wives while they perused the latest news from Cuba, life was fine. Then theBlackBerry Machine came slithering out of Hell's bowels and ruined everything, the end. This is the premise from which every Richard Cohen column proceeds. But hark, what about the days before the Internet, when Europe was riven by two World Wars and Jews had to flee horrible genocide and American citizens could expect to live out their "golden years" (age 35 onward) in abject poverty? Those times were truly great, because people were self-reliant.

The people of the 1920s and '30s were tough, hard. They did not expect all that much from life, and they had learned to expect next to nothing from government.

In contrast, we are soft, coddled.

Yes! So soft and coddled with our Social Security and our interstate highway system. Why, back in the 1930s a gentlemen could just die quietly of influenza, penniless, in a ditch somewhere south of Oklahoma City, and nobody thought anything of it!

Also: Richard Cohen read a review of a book that sounded interesting. The book was written by a European Jew named Stefan Zweig who fled the Nazis and ended up "for some reason" in Brazil and killed himself in despair, like a man. What's the book about? Who knows! But the review was great.

And last, of course, history is like a crazy zoo "beast," "escaped from its cage." You probably thought history was a kind of an ongoing thing, kind of like time itself, but nope, it only surfaces periodically, to eat people.