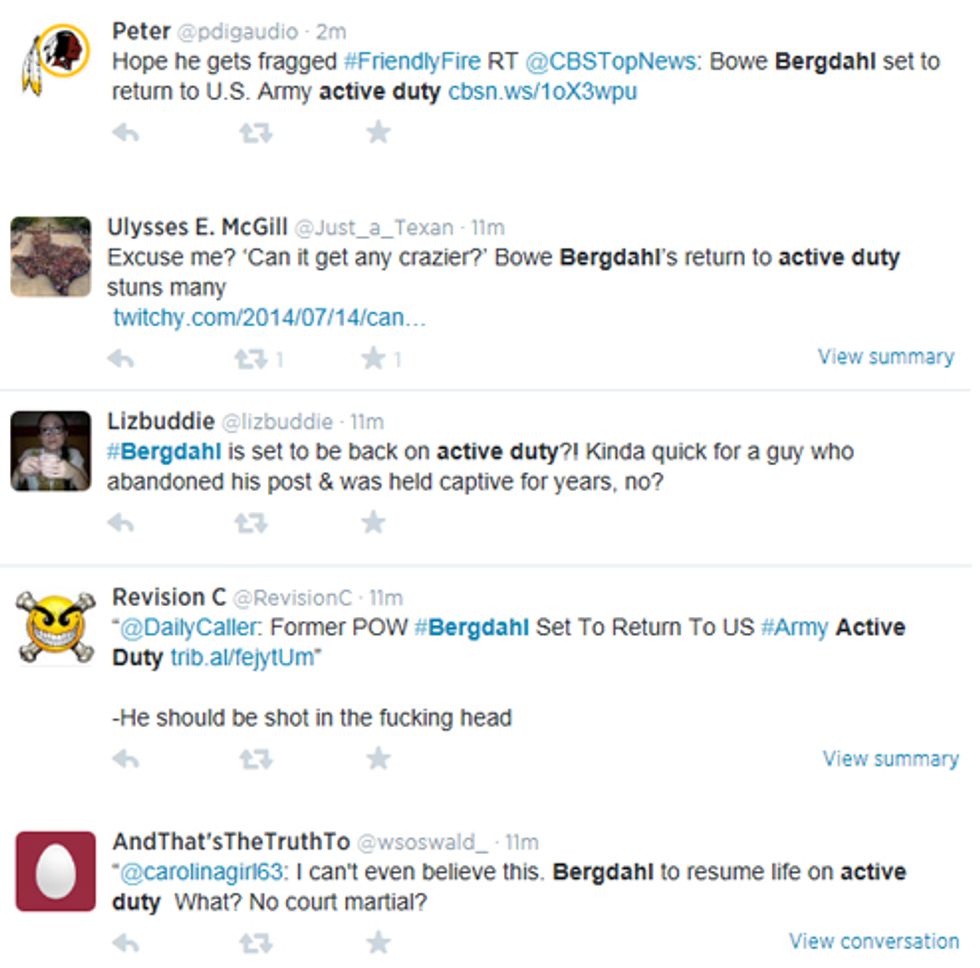 Here's one for the "what were they thinking?" files: Sgt. Bowe Bergdahl is returning to active duty while the Army continues its investigation of his disappearance from his base in Afghanistan in 2009. He'll "probably be assigned a desk job at Fort Sam Houston in Texas" and will be allowed to leave base without an escort, which should be great news to all the Twitter Warriors who have fantasized about what they'd like to do to him, for being a traitor and stuff. We won't pretend to be especially expert in matters of military law or anything like this, but is this such a great idea?

Army officials stressed that there are no plans for the military to assign media officers to him or take interview requests for him. It was not clear whether he will be under orders not to talk to the press.

He'll also be questioned by military officials as the investigation into his maybe-desertion continues, although the Army has already reportedly determined that he didn't engage in any misconduct while he was a prisoner of the Taliban.

Needless to say, he's getting a warm welcome back from the "support some of the troops" crowd:

We especially like that last one -- why is the Army bothering with an investigation? Dude should be on trial already. Or better, executed. It's like these liberal wimps in the Army have no idea what America is all about: lynching.