In Which The #MarchForLife Merges With The #BetaUprising. Thanks, Racist Cartoon Frog! 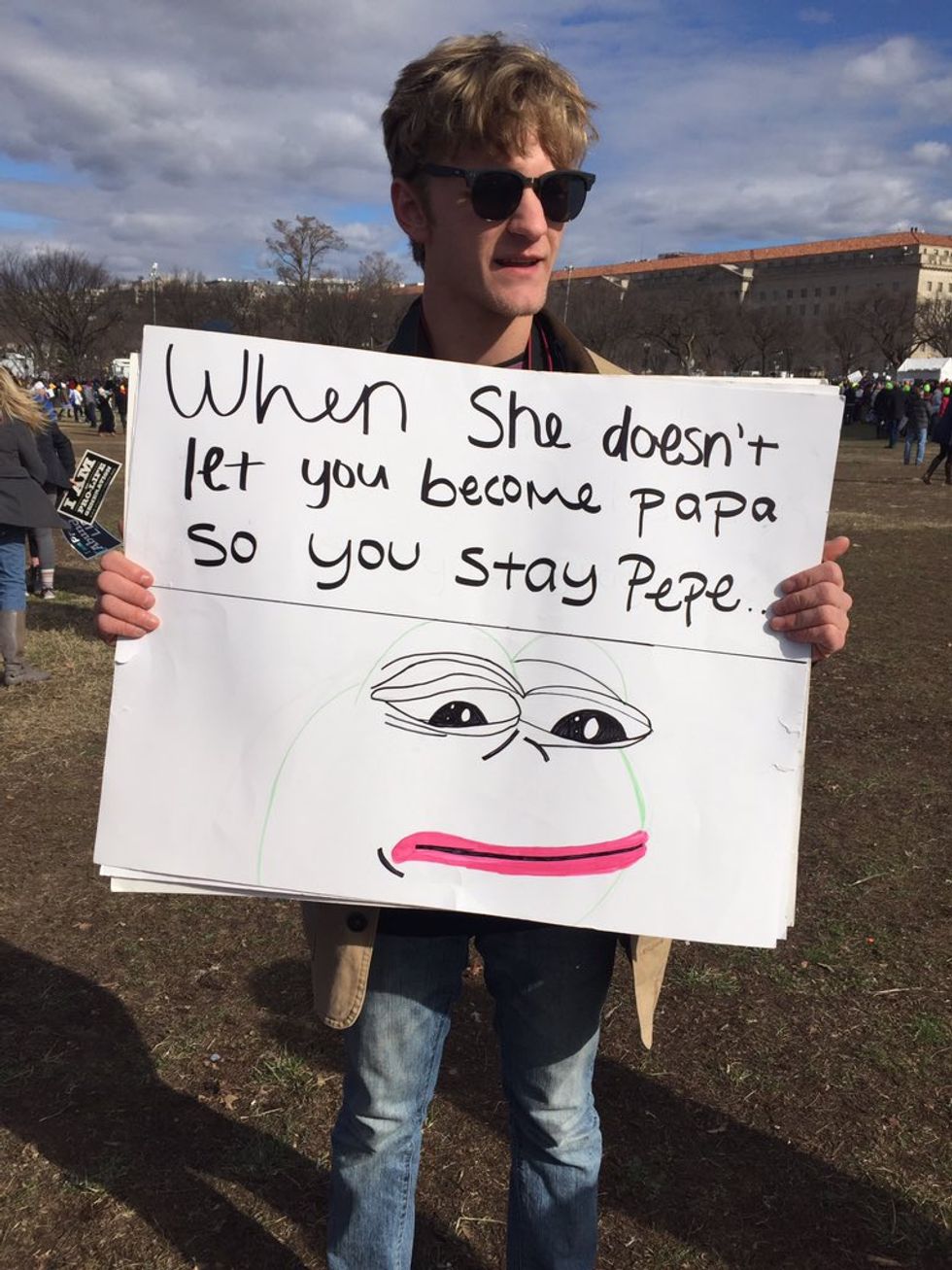 Oh, will you just look at the darling sign this fella is carrying (via Anne Helen Peterson) as he marches for LIFE? It reads "When she won't let you become Papa, so you stay Pepe," but it says so much more. It says something close to "Why, oh why, won't some woman come along and bear this dude's children, so he has something to do other than troll people on the internet all day long?"

As you might recall, before Pepe became both a symbol of the Trump movement and a hilarious way to threaten the "Lugenpresse" with ovens, "Angry Pepes" as they were called, were briefly in the news as a symbol of the so-called "Beta Uprising," after Christopher Harper-Mercer shot up a community college 'cause he was sad about no chicks wanting to bang him.

The "Beta Uprising," basically, refers to a hypothetical revolution in which "Beta Males" will rise up against alpha males and women, and take girlfriends for themselves, or something.

So I guess we're all just lucky that this fella is simply marching and not killing anyone, huh!

To quickly explain the sentiment behind the sign -- many residents of the manosphere dislike abortion (and the entire sexual revolution) specifically because they believe these things actually keep them from getting laid, rather than the other way around. Because, back then, if the doofus in the picture got a woman pregnant somehow, she'd probably feel like she had to marry him in order for both her and the child to survive, and he'd get free pussy for life. Now, instead of that, she -- hypothetically -- can go have an abortion and go on fucking dudes that aren't him. Not only that, she's prohibiting him from passing down his genetic material, which he very likely thinks is very awesome genetic material.

(As to "why doesn't dude adopt?" we would go with "because he is a creeper who clearly shouldn't be around children, that is just obvious.")