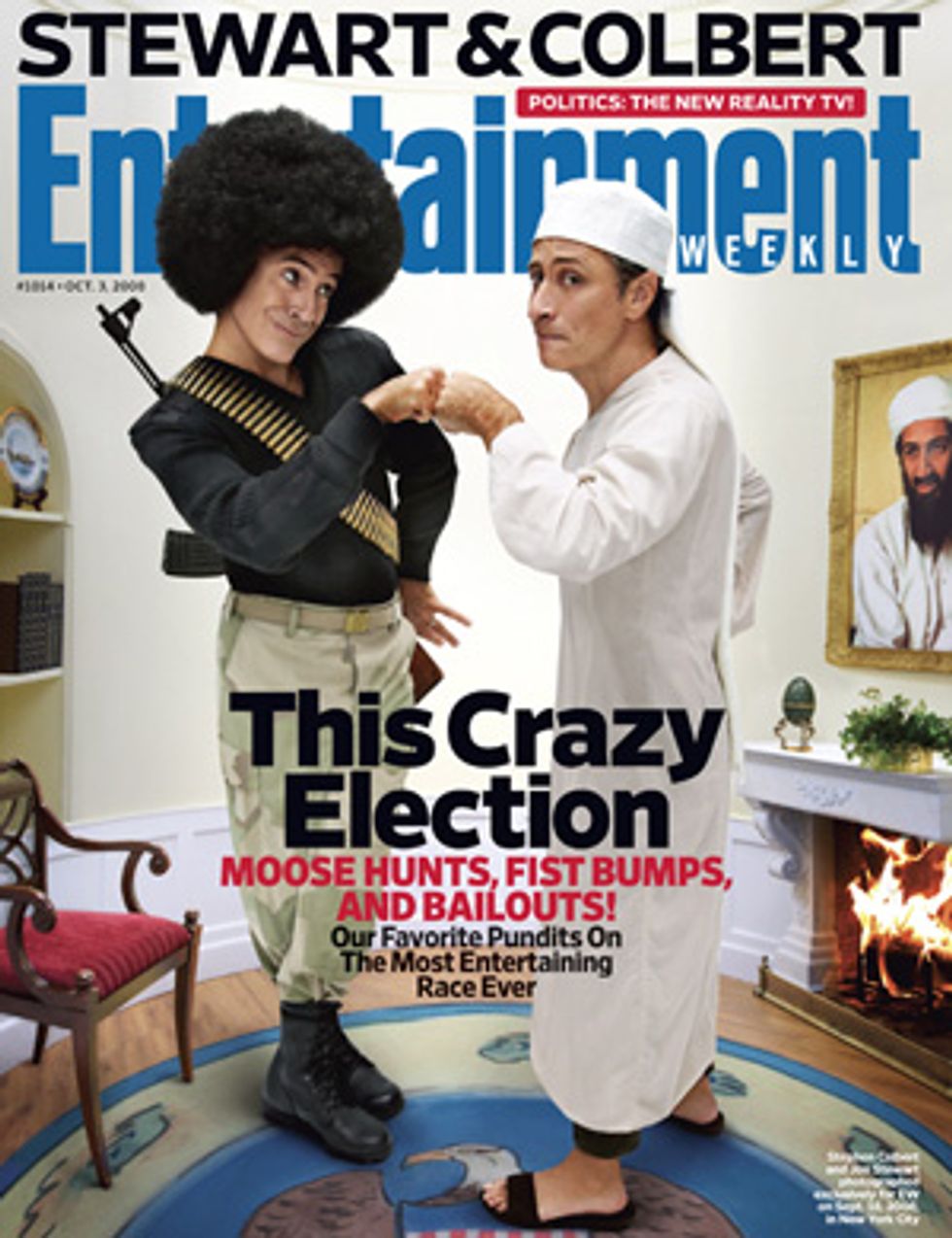 Seeing as it was just days away from the midterms, people who do pollingseriously and for a living decided it was high time they collect some numbers on the most important election happening this campaign season. And that election, of course, is a U.S. presidential election pitting Comedy Central characters Jon Stewart and Stephen Colbert against one another. Major news businesses the Washington Post and ABC News put all their profits together to commission this very significant poll, and surely the respondents were eager to have ten minutes stolen from their lives to consider which of these two individuals they would vote for in this teevee comedian presidential election that will be happening any day. "With one in three still up for grabs (mainly undecided), both Comedy Central funnymen may have a great chance to pick up support at their dueling rallies on the National Mall," a Post journalist wrote, PROPHETICALLY and IN FULL UNDERSTANDING OF WHAT A COMEDIAN IS.

Despite strong anti-incumbent sentiment across the electorate, Stewart, who became host of "The Daily Show" in 1999, bests Colbert among all age groups, across those with college degrees and without and among both whites and African Americans. Stewart holds double-digit leads in all four main regions, including Colbert's native South, where the split is Stewart 38, Colbert 23.

Is this supposed to be cute, wasting all of that SAT test-prep money with this junk? "Would you rather have to vote on a presidential ballot made of pee-pee or would you rather have to mark your ballot with your own poo-poo?" The child reporters of the Weekly Reader are looking down at their colleagues, ashamed.

Colbert, who left "The Daily Show" in 2005 to host his own, eponymous show, holds a narrow 26 to 21 percent lead among conservative Republicans who voted for McCain in 2008 and who say they'll vote for a Republican candidate in their district in 2010.

In other news, tomorrow one group of people or another will take power in the Legislature. But yeah, why don't we call up people when they're trying to have dinner and ask them a long series of questions about their voting habits, and whether they would elect a duck or a squirrel president of the United States? That's a good prank for the Washington Post and ABC News to pull before those midterms the annoying "media watchdogs" will FORCE them to cover. [WP]