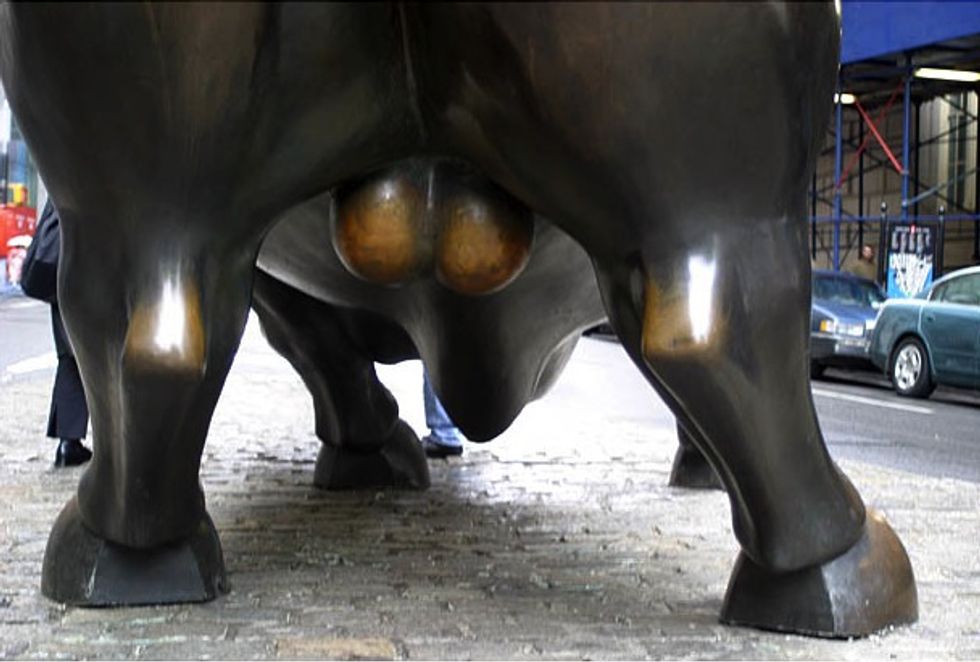 Hidebound banking pamphletThe Wall Street Journal's entire reason for existing is to endorse the view that there is no such thing as a problem caused by rich people. So it was jarring to read this on their blog:

The trouble is the nation’s affluent, who have isolated themselves over the past 40 years more than the poor, hold the lion’s share of its resources: As of 2010, America’s top 10% of families controlled nearly 50% of all income, the researchers note.

This appeared in a post exploring the effects of a trend: "better-off Americans are, as a group, increasingly forming their own enclaves and segregating themselves," especially as they have children. And this is "worrying," because "it appears to be dovetailing with—and arguably exacerbating—the nation’s income inequality problem."

Regular readers of the Wall Street Journal may be surprised that this article doesn't even take the equivocating line of "On the other hand, this is perfectly understandable, and hey would it really be so bad if we recreated a feudal society? Wouldn't that be romantic?" Nope, it's Krugmanesque liberal pangs of conscience down the line:

This hurts the economy in at least two ways. While a lot more research needs to be done, it’s probably not great for children in poor areas to not have access to better schools and more educated adults. More perniciously, though, if the better-off aren’t living in the same place as the worse-off, they won’t be as willing to pay for future social services in the worse-off areas. Indeed, their tax payments will go to supporting their own schools and parks, leaving the lower-income areas to fend for themselves. That, in turn, will reinforce the economic inequalities that already exist.

So, weird. Our theory is that the Journal figures the economic apocalypse is truly at hand, and we are only a few short days from French Revolution II: Wall Street Boogaloo, so it's time to make nice. If so, fine with us and keep it up. Maybe next, an article about how outlandish executive compensation based on short-term shareholder value is socially and economically destructive.

On the other hand, wouldn't it be kind of interesting to see how long it would take for humans to evolve into separate species based on how much money their ancestors managed to grab? Or is this already happening, Morlock or less?