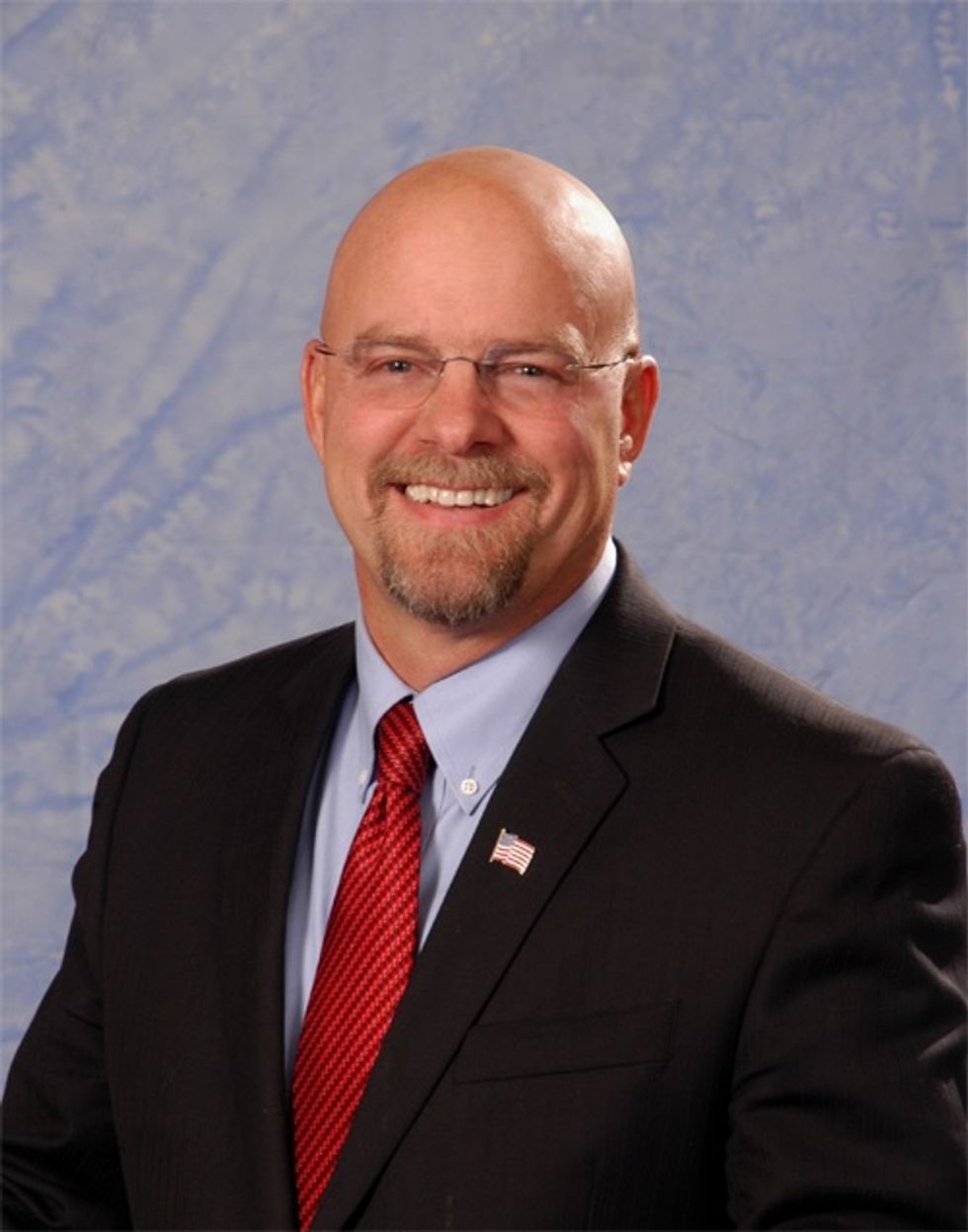 Listen: Nevada Republicans are not interested in your "bipartisanship" or your "getting along" or your "logic and facts." As soon as they took over the state House, they chose as their new Speaker one Ira Hansen, a gentleman who, according to the Reno News & Review, "doesn’t like blacks, gays, Israel, many Republicans, and most Nevadans[.]" Mr. Hansen got a brief mention in Yr Wonkette earlier this year when he explained that the reason Republicans don't do so well with younger voters is that the GOP needs to be more firmly conservative on traditional marriage, to catch the wave of anti-gay sentiment among young folks.

Now that he's risen to greater prominence, we also learn that from 1994 to at least 2010, Hansen used to write a column for the Sparks Tribune; many of his greatest hits were published before that paper went online, but the News & Review did the world the courtesy of excerpting some gems from microfiche. And golly, what a great guy he is -- we're looking forward to seeing just how crazy the legislature will get with him leading the House. Might be a bummer for folks in Nevada, though.

Hansen has written so much beautiful dumbth that it's hard to pick and choose -- definitely take the time to look at the News & Review piece if you can. Here are a few highlights:

On ladies and what they should be doing with their ladyparts:

“So what happened between 1960 and 2001? ... Major social changes that negatively affected the family. Childbearing was reduced to an average of two kids. … Divorce rates skyrocketed. 'Child care' became an industry. Child abuse skyrocketed. Thanks to the 'sexual revolution' and the 'women’s liberation movement,' women chose to act as foolishly as men, and illegitimacy also went through the roof. … Abortions get about one out of every four children conceived.”

You know you've got a real PaleoRepublican when, anytime after about 1970, they insist on referring to "the women's liberation movement" as a going thing. Also, we love the idea that abortions get the babbies as if abortion were a predator, maybe a tiger or a dingo.

[Hansen] has said he keeps a Confederate battle flag on the wall where he writes his columns. “I fly it proudly in honor and in memory of a great cause and my brave ancestors who fought for that cause,” he wrote.

Yay, treason was so honorable! He also habitually refers to "negroes" -- yes, in this century -- tending to prefer that term to "blacks," although he will use the latter if he approves of a black conservative's politics. He had these insights on Martin Luther King, Jr.: “King’s private life was trashy at best. … King Jr. is as low as it gets, a hypocrite, a liar, a phony, and a fraud.” He opposes naming anything after King at all, and in one column explained that's because all the blacks prefer Louis Farrakhan anyway, a trend that the News & Review merely notes "has not been recorded elsewhere."

Needless to say, he's frustrated that blacks just don't seem to have the good sense or gumption to free themselves from the Democrat Plantation:

The relationship of Negroes and Democrats is truly a master-slave relationship, with the benevolent master knowing what’s best for his simple minded darkies. For American blacks, being denied choice and forced to attend the failing and inferior government school system is a form of involuntary servitude. Let’s call it what it truly is -- educational slavery.

And yet, for some reason, The Blacks don't want to flock to his enlightened views, possibly because they are too simple to take some pride in themselves and face facts.

Hansen is also pretty resentful that The Blacks don't seem to appreciate all that white people have done for them:

The lack of gratitude and the deliberate ignoring of white history in relation to eliminating slavery is a disgrace that Negro leaders should own up to.

You'd think that at least part of Black History Month could be devoted to "Thank A White Person" week or something.

Just in case Latinos might feel left out, Hansen also thinks that they're prone to criminality and disloyalty, what with their sad devotion to racial separatism and the way they "boldly flaunt their Mexican heritage by having the green, red and white flag of Mexico displayed in various ways." He also figures dirty immigrants may be spreading tuberculosis.

Also -- and this will surprise you, we bet -- Hansen believes that gay men are pretty much all child molesters. He generously allows that some might not be, maybe, though you never know what they're hiding:

Considering only about 2 percent of adult males are homosexuals, the numbers show why homosexuals have been historically regarded as such a threat. Male homosexuals are grossly disproportionate in child molestation cases, and the youth orientation of male homosexuality drives this trend.

Yet, one fact of homosexuality deliberately downplayed is the grossly disproportionate numbers of child molesters, called "pederasts," which fill their ranks. In fact, they are called, in the homosexual vernacular, "chicken hawks." Many of these pederasts are not the least bit ashamed of their vile behavior and have adopted the militancy now so common with their fellow homosexuals.

And yes, he's also fond of citing the imminent threat of NAMBLA, which is in his mind one of the preeminent gay rights organizations.

In short, welcome to Wonkette, Mr. Hansen (or maybe welcome back). You haven't yet banged your first gavel (ha! ha!) but already you've got the inside track for 2014's coveted Legislative Shitmuffin of the Year award.