Independent Women's Forum Does Not Care For This Minimum Wage Nonsense 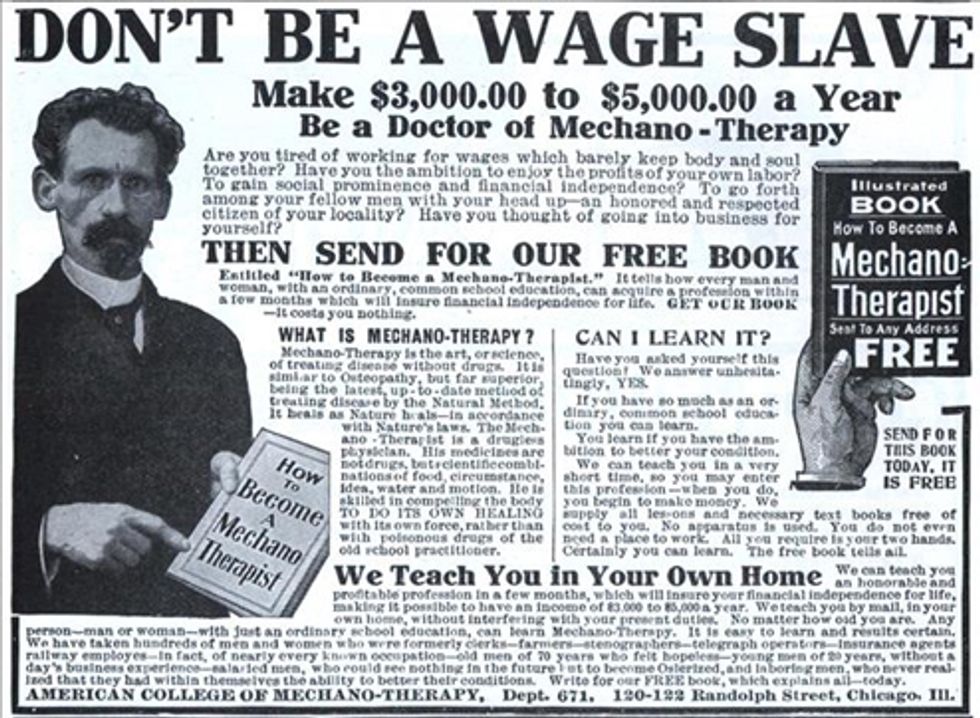 Because we love you, dear Wonkette reader, this morning we listened to the Independent Women's Forum's exciting conference call on why raising the minimum wage is a terrible idea. The call, arranged for the day that Republicans hope tokill the minimum wage increase to death in the Senate, was mostly just IWF Executive Director Sabrina Schaeffer reading off a press release for five minutes; you can get the gist of the group's talking points in this column at their website. Let's just sum up here: A higher minimum wage will make everyone poorer, because all the jobs will vanish and then won't you liberals feel foolish?

while raising the minimum wage may sound compassionate, there are serious unintended consequences associated with artificially raising wages. It's not fair to hurt the people who need assistance most.

We'll just assume that she means Walmart shareholders there.

You see, Schaeffer explains, the main reason people live in poverty isn't that they've "been forced into low-paying jobs." Rather, it's "because they don't have consistent paid employment." And then she encouraged us to "consider the facts," especially the cruelty of having a minimum wage at all:

Minimum wage laws make it illegal for employers to offer someone a job for less hourly pay than the government's mandated minimum. That means that lower skilled and less experienced workers will simply find fewer job opportunities as they are priced out of the employment market. Too often we forget that the minimum wage jobs tend to be entry level jobs, which means that their value is more than just the take-home pay they provide. It's critical skills-building opportunities that allow workers...to gain valuable work experience that will help them start a career and ultimately earn more."

Yes, which we are sure is a huge consolation to the people in their 40s working two or three such jobs, but whose landlords don't seem to want to barter "valuable work experience" for the rent.

Besides, low wages don't cause poverty -- lack of work does. And jobs would spring up in abundance if we just got rid of the minimum wage, we suppose. Also, too, it's a myth that minimum wage workers are all impoverished, since "more than half are between the ages of 16 and 24," and many of them are in school. So the other half don't need higher wages, for pete's sake. They should just be glad they don't have to cram for that big organic chemistry test!

Also, Schaeffer insists that there's no way a minimum wage increase would be good for women. Progressive advocates of an increase say that women would benefit since 2/3 of minimum wage workers are women, but "this statistic just reinforces that women are that much more vulnerable to the potential job losses" that would inevitably result from a minimum wage hike. Or, you know, they might also just get better pay, because the claim that minimum wage increases result in people getting fired is pretty much a myth. Not only that, but since youth unemployment is highest among minorities, it only stands to reason that a higher minimum wage will make it harder for those kids to get jobs, so why are liberals trying to be so racist (this last is not stated, merely implied, of course).

In any case, the best way to help the poors is "not to raise the minimum wage by a couple of dollars" -- which really, come on, what would anyone do with another few hundred dollars a month anyway -- but by getting the economy growing more faster-better, which -- and again, we're just extrapolating here -- can probably be achieved by bigger tax cuts for the wealthy.

Funniest line in the whole thing came right before the end:

"Ultimately, the minimum wage is an inefficient way to try to reduce poverty. Far better for Washington to focus on targeted assistance programs for those who are truly in need."

Because lord knows, that's something conservatives can all get behind, especially if Fox News gets to decide who's "truly in need" -- have a refrigerator or a "color TV"? Forget it -- go get one of those plentiful $4 an hour jobs the new Opportunity Law allows. For what it's worth (as determined by the Free Market), IWF does support, at least in principle, an increase in the Earned Income Tax Credit instead of a minimum wage hike. At least they do now. In one article. Their pals, of course, point to the rank injustice of the EITC, since that's the thing that leads to all those 47% moochers paying no taxes at all. And here's the IWF calling for more Lucky Duckies?

The conference call ended without any questions, which sort of leaves yr Dok Zoom sad that he didn't press "1" to jump in and ask Sabrina Schaeffer if she was fucking kidding us, or at least to ask why she didn't let a man handle all those big difficult numbers for her.

Audio of the call is supposed to be posted on the IWF website at some point; we'll add a direct link when it is.

Follow Doktor Zoom on Twitter. He fears Rebecca may someday send him to CPAC for his sins.