Indiana Republicans Will Not Eat Your Gayness, Sir, No They Will Not! 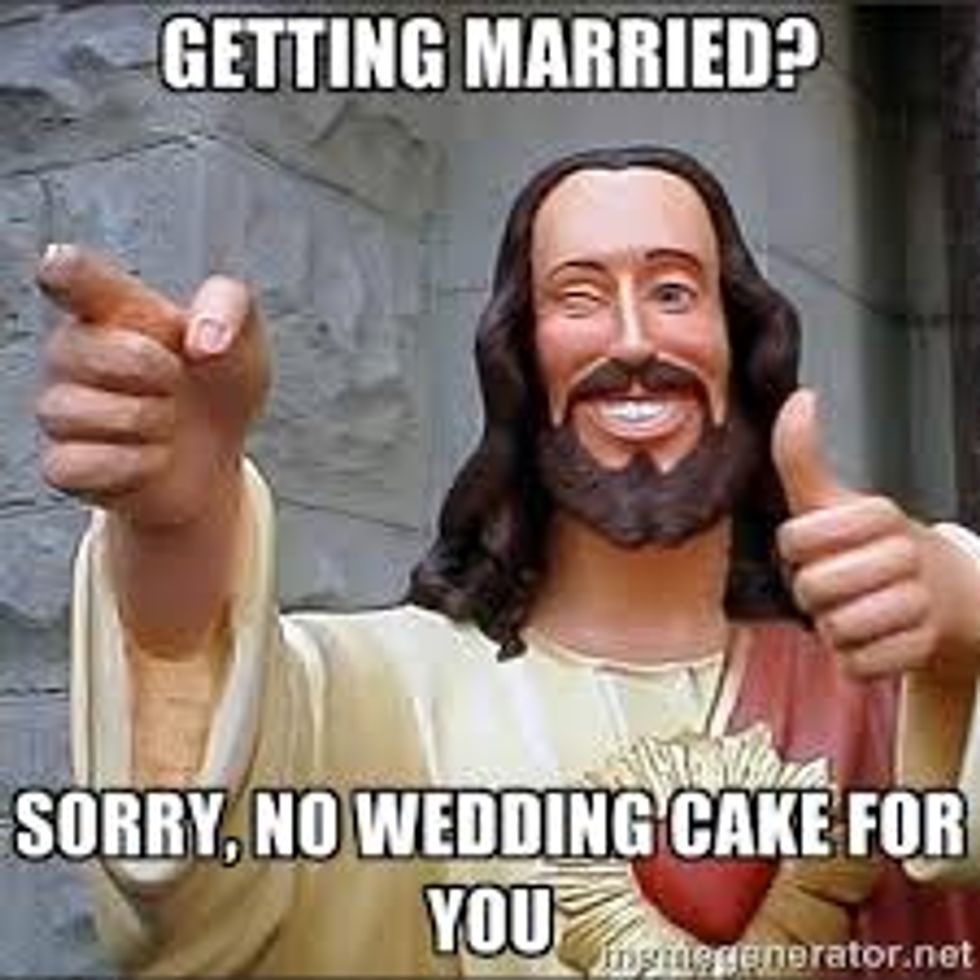 Now that it is 2015, it is time to swear in all of those state representatives we elected back in November. Remember that election? When we elected so many Republicans? And now Republicans hold both houses of the legislature and the governorship in 23 states and will be able to pass any laws they want? While Democrats hold that same majority in only seven states?

You remember that, but you were probably drunk by the end of election night. Well, now it's time for these new legislatures to get to work. Tell us what you're working on, Republican lawmakers in Indiana! Oh, is it some "religious liberty" legislation, based on the Hobby Lobby decision? That was a big thing for conservative legislatures last year, and you are very conservative, Indiana General Assembly, tell us more!

In Indiana, it is legal to get gay-married, which means that The Gays probably want to do things like "order a wedding cake," and "hire a wedding photographer." It is also legal to just sit around being gay in Indiana! A gay person might wish to "live a happy life while buying goods and services from small businesses," and maybe even "adopt a child." The bill's author, Indiana state Sen. Scott Schneider (R-Of Course), is having none of that. He told the IndyStar:

The focus has been on same-sex marriage because that's the hot topic right now, but it goes far beyond that. It's important to have some religious freedom and protection.

Do you hear that, The Gays? You have been a hot topic for too long, and now it's time for the people of Indiana to be religiously free from you so that they can practice their religion in peace, without The Gay getting all over it; you can consider yourself Hobby Lobbied.

Schneider's bill (not yet introduced) would fix Indiana's current problematic regime of stores selling things to people who want to buy them and adoption agencies placing children with loving families. The new law would allow small businesses owners to refuse services to people based on the owner's religious feels, and would also allow adoption agencies to refuse to place children with gay couples.

So once again (and forever, until someone fixes the Hobby Lobby decision), conservatives are claiming that the Indiana congregants of the church of This Is A Totally Straight Bakery and the cathedral of My No-Homo Photo Emporium will be burdened during their sacred baking and photography rituals if they are forced to undergo a financial transaction with The Gays. Plus, the practitioners of the Holy Small Business Temple of I Only Love Straight People, Yes I Do, Shut Up need to be protected from The Gays while completing the precious sacrament of accounts payable. And, oops, sorry, there is nothing amusing to say about adoption agencies who fail to place kids with families who would love them.

The Gays, you are so powerful and in charge of other people's rights that maybe you should go be the police.