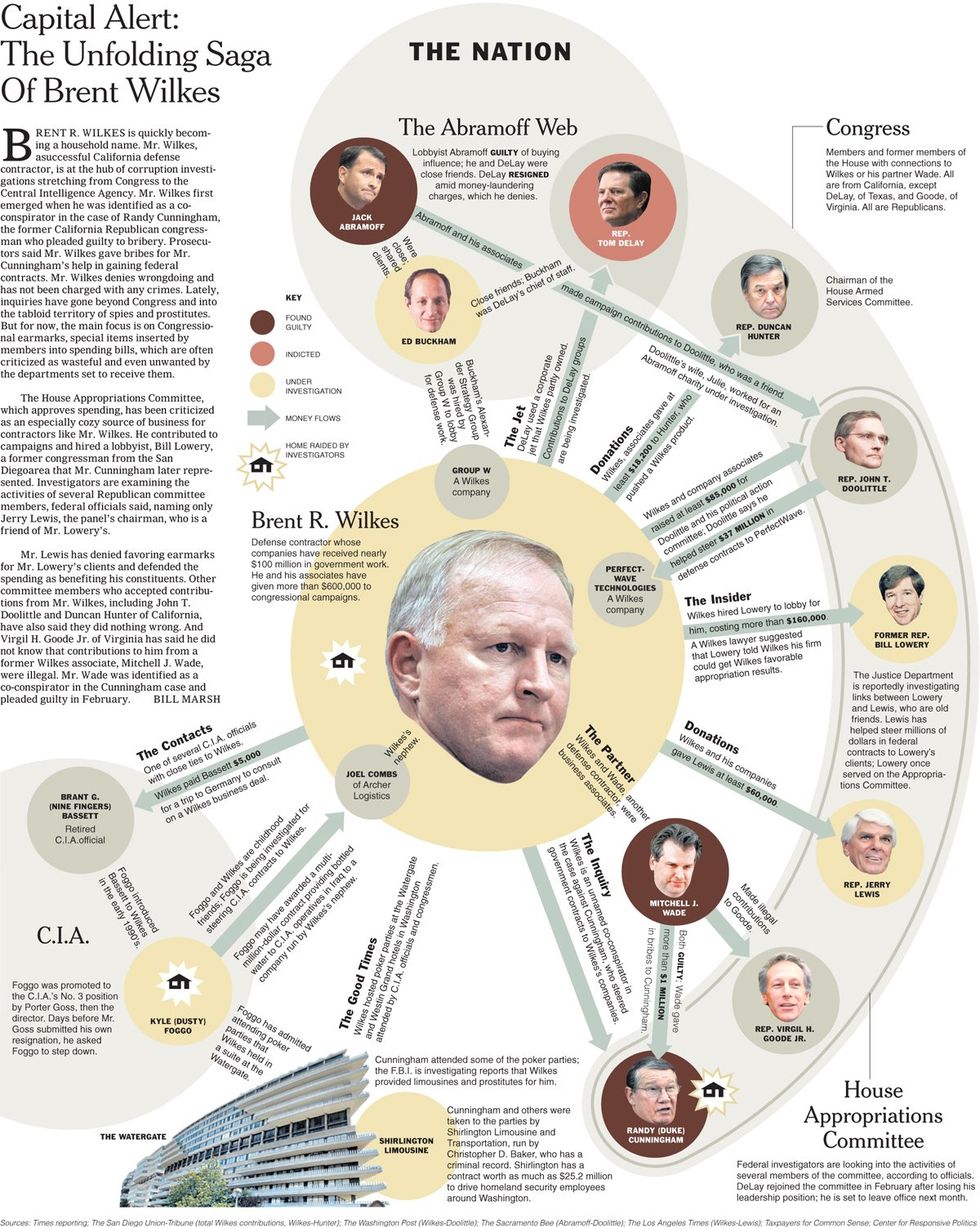 Somebody named John T. Michael was also indicted for the same evil shit -- he was a co-conspirator in Duke Cunningham's plea.

Yet so many lesser lights have yet to be indicted, despite their known involvement in the many sordid scandals that make up WatergateGate: Porter Goss, Katherine Harris, Virgil Goode, probably Judith Miller ....