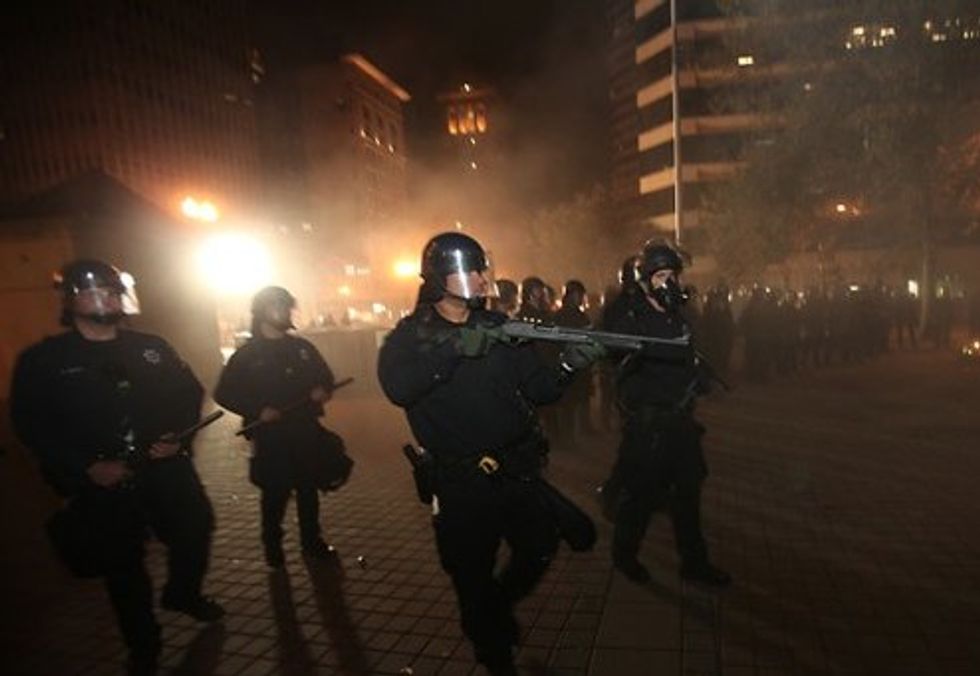 What will it be like when America's tensed-up trigger-finger cops are finally let loose upon the populist demonstrations all over the country? We got a pretty good preview early this morning in Oakland, where the Darth Vader-masked shock troops were set upon the peaceful protesters in their small, peaceful encampment. According to witnesses calling in to KQED, the time between the frenzied megaphone demands that everyone clear out and the assault of "flash grenades and chemical agents" was a matter of maybe three minutes. In the course of mass uprisings, it is always an important factor whether the working class police and military grunts choose the interests of the community or the interests of those hiding within their mansions on the hill.

Here's what you're seeing, according to the person who put this video on YouTube:

Well. Here's the Woody Guthrie of Oakland, Boots Riley of The Coup. He's been showing up to encourage and entertain at #OccupyOakland since the second or third day: