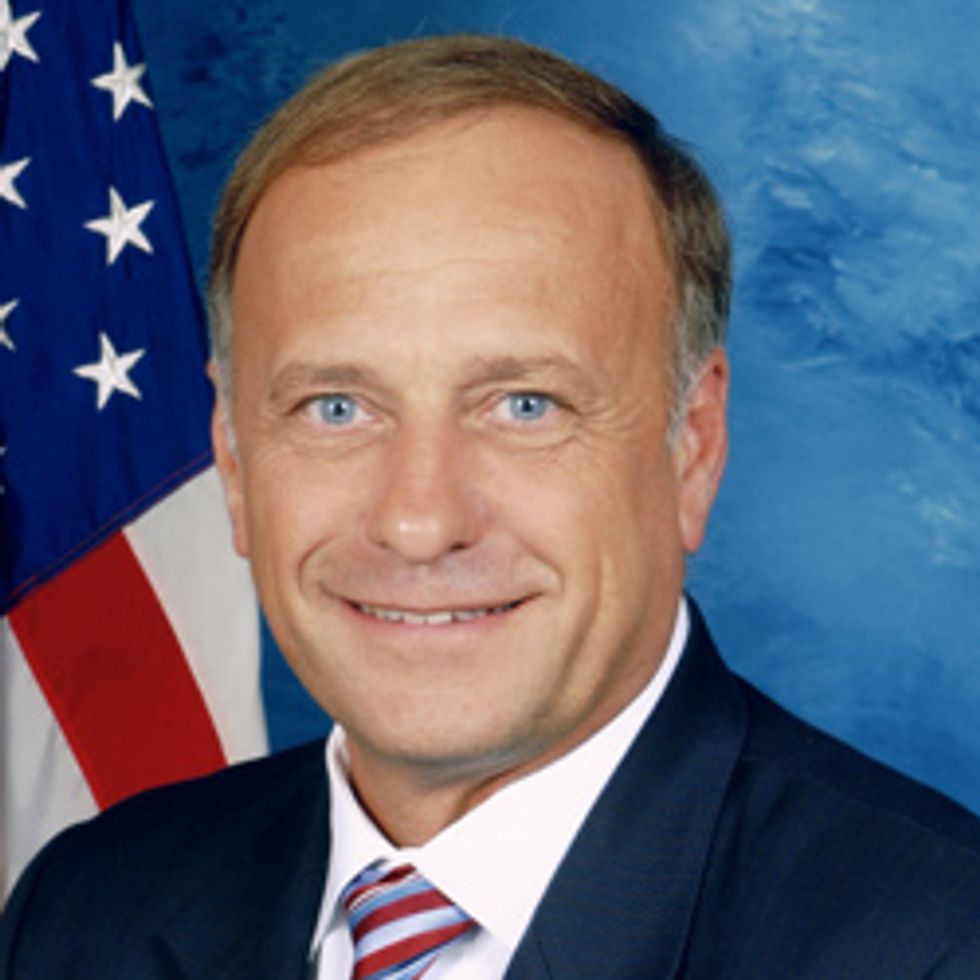 Rep. Steve King (R-Red Dawn) has a new grievance against gun-registration proposals: They would ruin his family's Christmas.

“And I look at the President's argument on background checks. That would mean that every transaction on guns in America would have to be approved by a federally licensed firearms dealer,” King explained. “And that would mean that Christmas at the Kings would be outlawed unless one of us got a federal firearms license. If we want to trade guns or buy one for each other, it can’t change hands without having the universal registration component of that. So I’m concerned about that from a constitutional perspective.”

So presumably, King has never bought or sold a car for anyone in his family and then filled out paperwork for it.

“I think we’ll be able to hold our ground and keep our weapons," he added. "I would just take us back to what [Fox News host] Judge Napolitano said. I thought he made it very clear. He said, 'The Second Amendment isn’t about the right to shoot deer. It’s a right to shoot tyrants.'

“And that's as distinct as I've ever heard it put. We have that Second Amendment to protect us from tyranny — as a more delicate way to put that. And as long as that restraint is there, we’re unlikely to see a tyrant take over this country.”

It's a shame, really, that there may someday be laws mandating background checks before a gun purchase, when it is not even against the law to kidnap, rape and abandon a child across state lines. Priorities, people. Priorities.