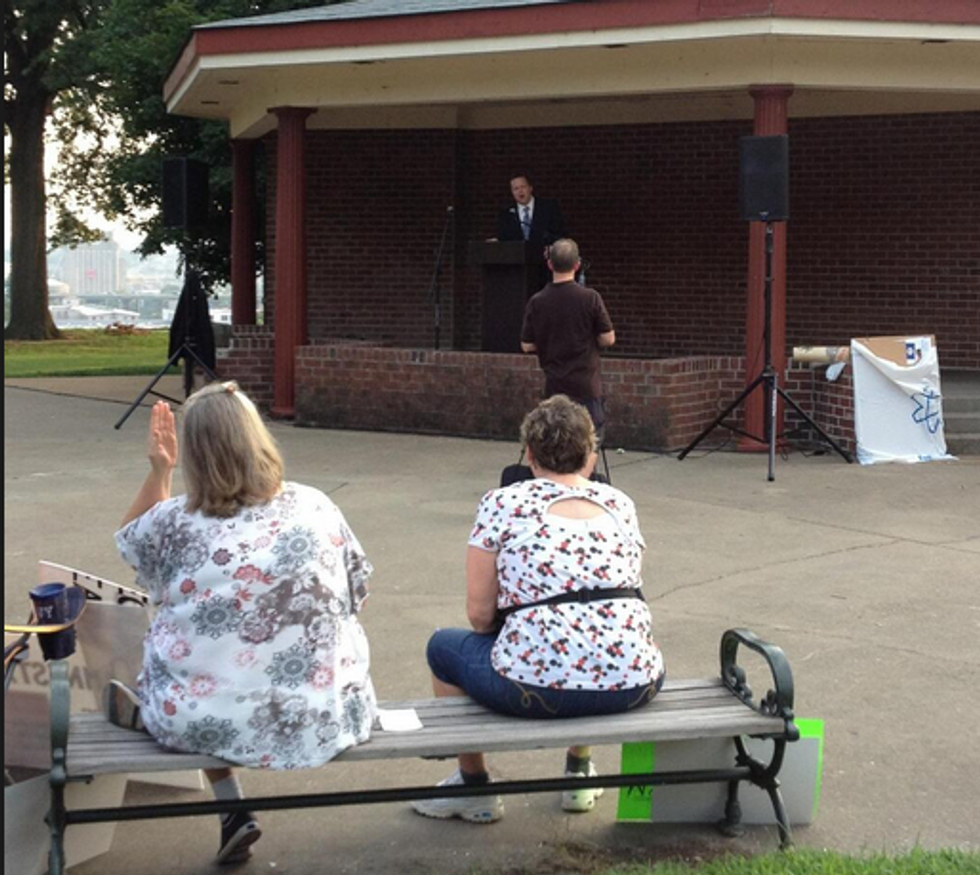 Iowa congressman Steve King was the star speaker at a "Stop Amnesty" rally in Richmond, Virginia, Monday, andsupporters stayed away in droves -- the crowd was estimated at between 30 and 60 people, almost none of whom appeared to be valedictorians or drug mules with calves the size of cantaloupes. Despite the disappointing turnout, King offered more of his trademark crazy, warning that Latins will sap and impurify America's precious bodily fluids:

It's a compelling case for not letting Americans move to British Columbia, we suppose.

The rally had been billed as a message to House Majority Leader Eric Cantor, who had criticized King for his idiotic comments suggesting that young immigrants are mostly drug smugglers. Organizers of the nonevent had announced that the rally location “neighbors the district of House Majority Leader Eric Cantor, who will play a major role in the fate of any amnesty bill in the House." It is not known whether the 50 or so people who showed up sent Cantor the message they had intended.

Breitbart horcrux Matthew Boyle was not pleased by the low turnout:

You will be glad to know that according to Politico, this is excellent news for Steve King:

The conservative firebrand from Iowa — who recently called immigrant children drug mules — is seizing a critical moment in the immigration debate and taking his views on the road[.]