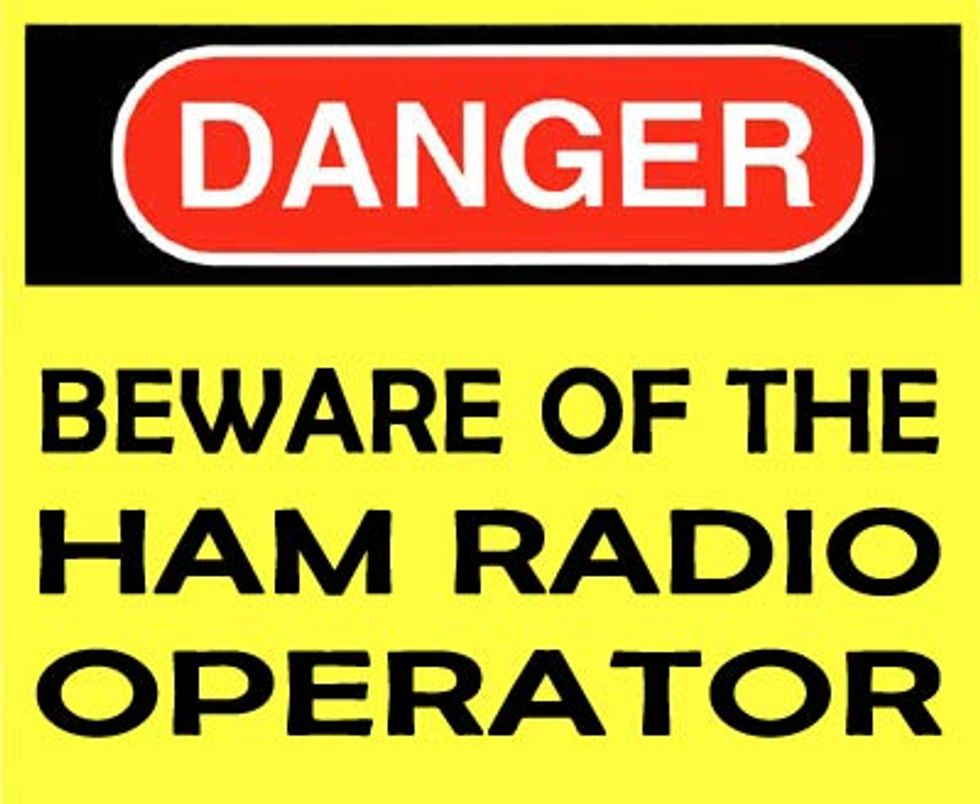 We thought he wasplenty busy hating on Muslims -- and why can't the Muslims just shut their halal-holes and enjoy America's endless bloody pointless murderous wars against Muslim countries, anyway? -- but Rep. Peter King is also trying to shut down America's ham radio frequencies.

Why? To swap 'em for some new "broadband for cops" wireless thing, because if there's one thing the cops need, it's more ways to talk to each other on radios. Oh, and because the current cop band is being sold off to the private sector, because the Federal Government sells the airwaves because it can, and if you maybe have a pirate radio station playing the hip hop or revolution rock, actual armed agents will arrive and take your shit and, eventually, put you in prison.

The inclusion of most of the Amateur 70-cm spectrum as one of the replacement bands is a major problem. The 420-440 MHz band is not Public Safety spectrum and should not be included in any spectrum swap of Public Safety allocations.

While the ARRL and all Amateurs support the work of Public Safety and recognize their need for dedicated spectrum which would promote interoperability, the ARRL vigorously opposes HR 607 in its present form. HR 607 is a direct threat to our limited spectrum and the ARRL encourages all amateurs to appropriately voice their opposition to this bill.

Sorry if that can only be understood by weird old guys with a "shack" full of transceivers behind the house. The rough translation can be found on this Metafilter post:

They're trying to get rid of HAM radio because when they pull the plug on the internet and cellphones they don't want anybody talking with anyone. In the event of an Egypt-like blackout, HAM might be one of the few avenues left for free communication.

Again: They're taking this away because they're planning to openly oppress us at some point in the future.