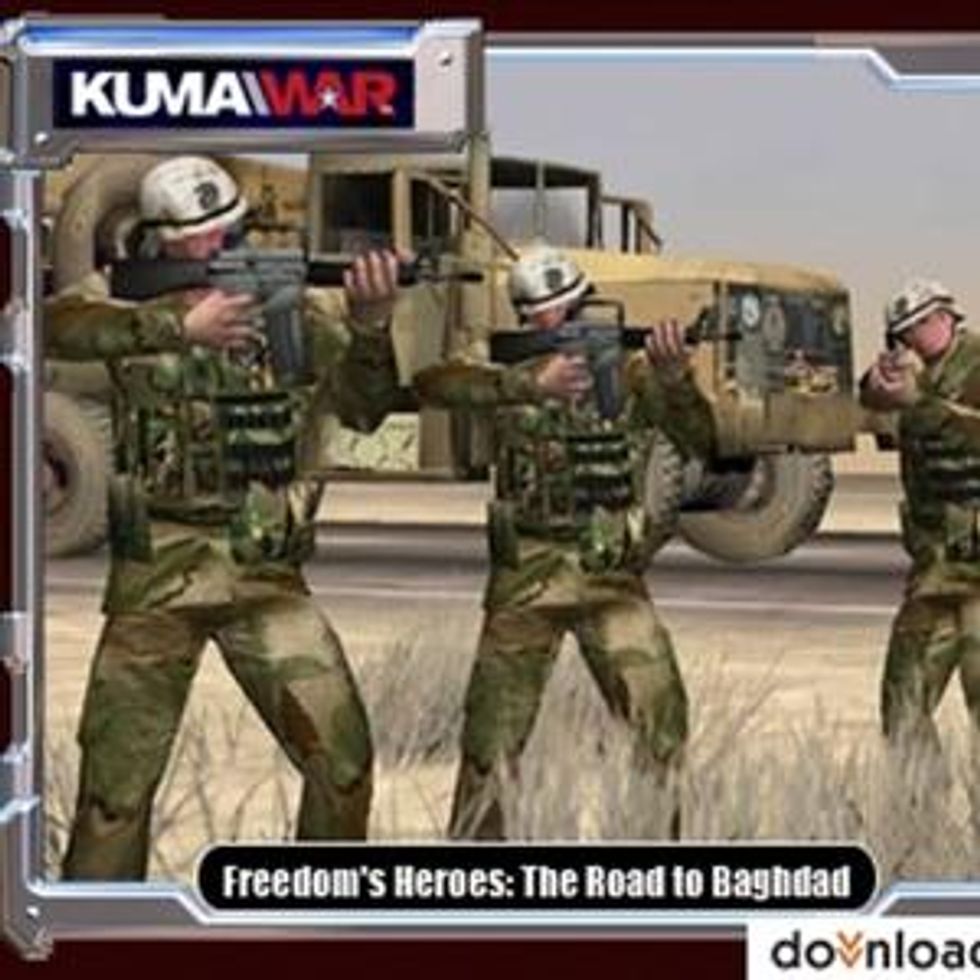 You guys, the Iranian government is still super mad about Salman Rushdie bad-mouthing the Prophet Muhammed, 25 years ago! But since Ayatollah Khomeini's death sentence against him continues to not be carried out, what can they do to get the kids interested in violent intimidation of literary blasphemy? Hmm, the kids love the video games, right? The thing you hook up to the TV and use to make the Crusader/Zionist plumbers jump on top of turtles or whatever? What if we turned this whole Salman Rushdie business into one of these video games, and gave it an awesome name like ... "The Stressful Life of Salman Rushdie and Implementation of his Verdict"? That is an amazing title, but we're afraid that it contains the making of what might be the dullest video game of all time.

It's really too bad that the Iranian government does their best to cut off all cultural contamination from the West, because otherwise they'd know that the video game hotness is all about assassination these days. But instead, the title of this upcoming Iranian video game smash implies that the hot tech talent of the Islamic Republic will be taking a different approach to preventing blasphemy: by depicting how irritating and stressful it is to live under a death fatwa. Possible game levels include:

It's like the Sims, but even more boring! The title was announced at the International Computer Games Expo in Tehran. It's being created by the Islamic Association of Students, the director of which noted that "We usually don’t have any problems with initial thoughts and ideas [for a computer games] but when it comes to the actual point of production we experience delays," which is always the problem with all the sweet video games we think up too, the part where you have to actually create them. Expect this thriller to hit shelves sometime between three years from now and never.

In news about Iranian video games that actually exist, the Iranian military has released "Battle in the Gulf of Aden", in which "the player of the game will take the role of an Iranian commando who should fight and kill pirates in the Gulf of Aden and then find and destroy their hideouts in a bid to find and kill the buccaneers' ringleader." Wait, can we get that one here? Because that sounds fucking awesome. [RS]