Is Ann Romney The Daddy Of Donald Trump's Baby? 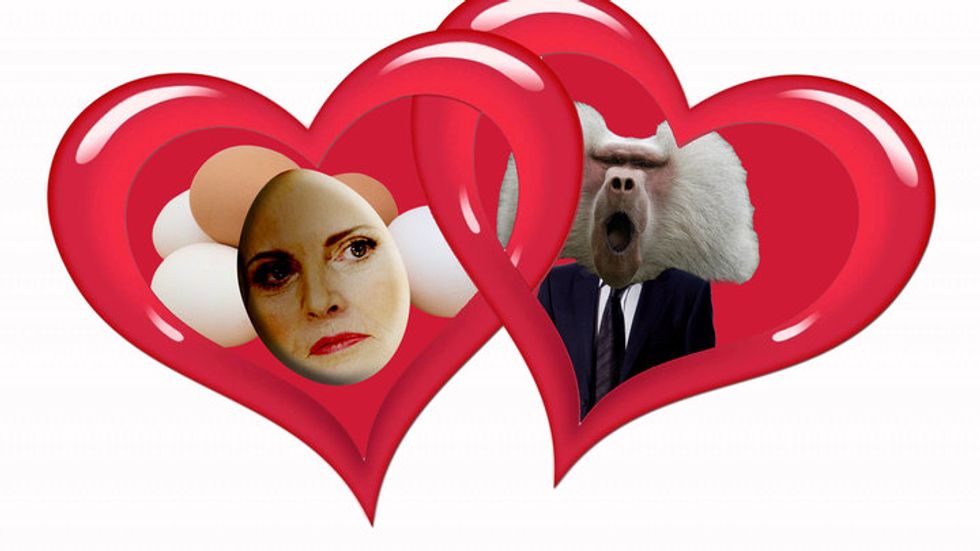 We interrupt our regularly scheduled program of making jokes to ask this Very Serious Journalistic question: What the hell is this?

One of those boys is the Trump kind, and one of them is the Romney kind, and do we even care which one is which? Pfft, as if. We didn't even know there was such a thing as a "blond Romney."

And then Dr. Ben Carson split it in two?

And then Carly Fiorina WATCHED THE VIDEO?

And then Rand Paul blessed it by the rites of Aqua Buddha?

And then John Kasich converted it into a Judeo-Christian?

And then Ted Cruz read it Green Eggs and Ham all night long?

And then Mike Huckabee let his son torture it?

And then Jeb Bush traveled back in time to kill it?

And then Rick Santorum made his kids kiss it?

And then Chris Christie eated it?

And then Marco Rubio washed it down with a bottle of water?

We DON'T KNOW. We're just askin' questions. But whatever happened, we know those boys taste like caviar.