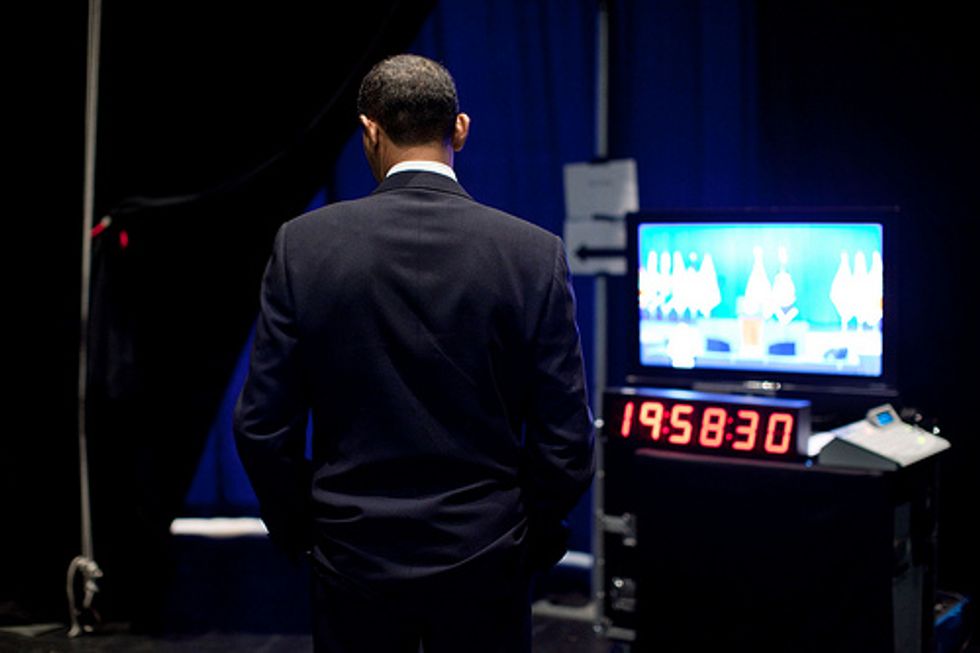 We don't really know what to make of thisDavid Carr column about the White House going overboard with the YouTubes and Flickrs and Facebooks and iTunes and, probably, Twitters and Wii. Yes, it's a bit much, sometimes, even though we require a steady stream of Obamaporn to feed the carnal-political hope-desires of you, our loyal reader.

But it's impossible to look at the Obama Presidency's "social media" bullshit in a bubble. EVERYBODY does this stuff, now, all the time, and Sarah Palin is only the most visible "opposition" example. Does she even exist, outside of Facebook?

As an official crank, your editor does not appreciate the Twitter and the Facebook and putting up YouTubes of your children so pedophiles can form virtual attachments, etc. It is, probably, "bad for society," but whether it's any worse than all the other stuff that ruined life -- cable, corn syrup, Domino's, Bud Lite, US Magazine, etc. -- is impossible to figure out, again because there's no way to see it in a bubble.

Everything is terrible, is what we're getting at. Of course it's weird to have a dozen gorgeous new photographs of the American President on your computer every morning, right next to the porn tab and the bounced-check tab and that spreadsheet you're supposed to be doing for "work," before HR sends you a text alert, saying you're fired. But a McCain-Palin presidency (shudder) would be doing the exact same things, and probably even grosser stuff, like a daily "chat show" featuring Sarah Palin as the hostess, with recipes for tacos ("just go to Taco Bell") and weekly cross burnings. Anyway. [New York Times]