Is Sexxxy Justin Trudeau Corrupt Like A Common Hillary Clinton? 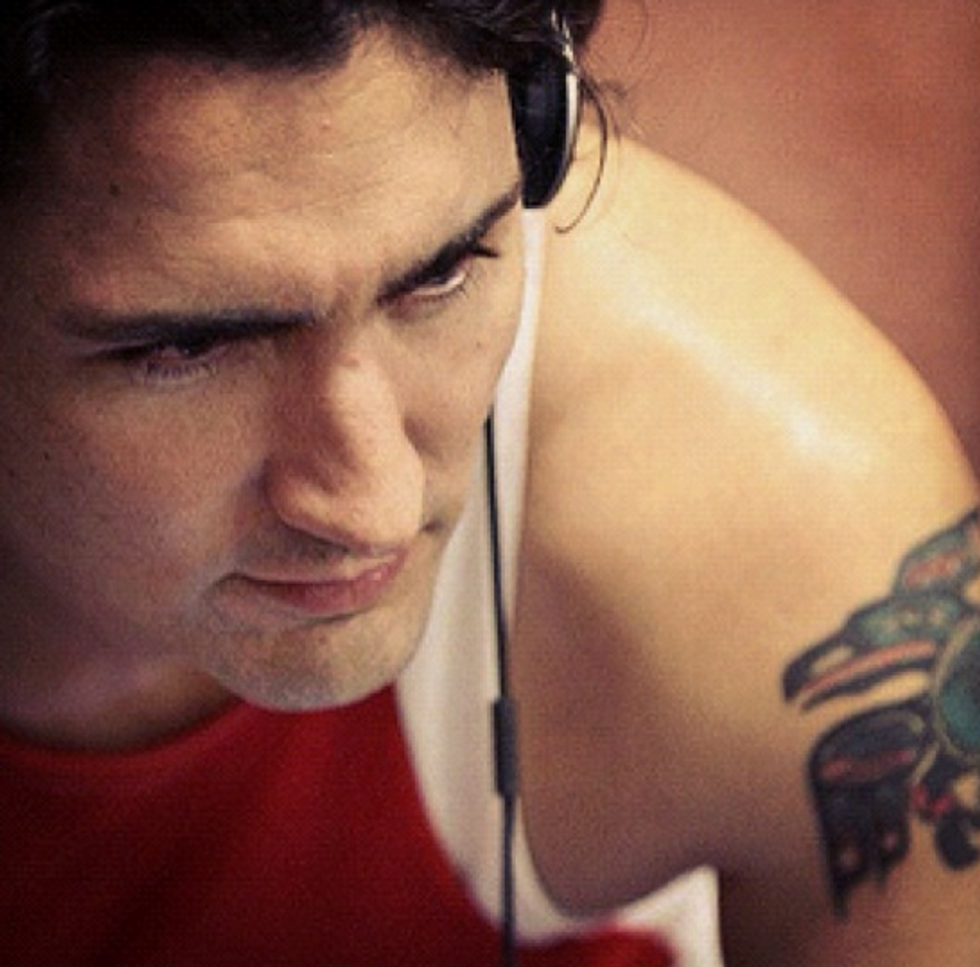 Oh no, is that guy ILLEGALLY LOBBYING THE HOT PRIME MINISTER?

Breitbart has a scoop about your favorite God Of The Canadian Northern Lights IN OUR PANTS, Prime Minister Justin Trudeau!

Liberal Canadian Prime Minister Justin Trudeau told the nation’s House of Commons Tuesday that he has attended lavish fundraisers for his family’s foundation to “create economic growth for the middle class.”

His defense of his participation in fundraisers thrown by the Pierre Trudeau Foundation – which he renounced his official position in upon becoming the leader of the Liberal Party – follows an admission that he allowed attendees to lobby him at these fundraisers, a clear violation of Liberal Party bylaws.

And he goes to their fundraisers sometimes, which is obviously a criminal act, and while he is there, SOMETIMES PEOPLE TALK TO HIM. Even worse, he admits that he talks back! And if you're not already totally grossed out, you should know Trudeau claims he uses these opportunities to try to talk about "creat[ing] growth for the middle class" and says he even tells his Richie Rich friends he's going to raise their taxes, which is what he WOULD say, isn't it?

But, per Breitbart, this is not OK with Conservative Party leader Rona Ambrose, who asked Trudeau in the House of Commons, "When did money become more important than the integrity of his office?” FIGHTIN' WORDS!

Of course, as Breitbart notes, Justin Trudeau doesn't exactly have the foundation. His brother Alexandre (HE HAS A BROTHER) has the Pierre Trudeau Foundation, founded in memory of their father Pierre Trudeau, because Justin separated himself from it when he became prime minister. But still CORRUPT! Foreigns give the foundation money, maybe because they want more access to the sexxxy prime minister, and because they do that, it automatically means the prime minister is a lying thief pay-to-play person, because of the donors' motives! Just look at these numbers, some of which are from admitted Chinese people from China:

CAUGHT! People, even foreigns with human rights records that are not so great, give the foundation more money than they used to! Just like how some really unsavory people give to the Clinton Foundation, which uses that money to cure disease and promote human rights around the world! BURN JUSTIN TRUDEAU! AND HILLARY!

Now, is Breitbart the only one with this scoop? No, actually it is in Canadian media too, but from what we can tell, from our perspective (which is, admittedly, not an expert on Canadian politics), it sounds like the playbook conservatives in Canada are using to attack Trudeau is very similar to the playbook wingnuts in America used to attack Hillary Clinton. (To be fair, we have not seen any stories about Justin Trudeau being an aggravated emailer, or about how he runs a child sex ring out of the basement of a poutine restaurant, so we're not saying it's exactly the same.)

Breitbart says that on top of this #scandal, Justin Trudeau said nice things about Fidel Castro when he died, and that because of all this, his Liberal party's approval rating is now down in the shitter. Indeed, according to Forum Research pollster Lorne Bozinoff, "Trudeaumania" is OVER. Really, Canada? Are you "OVER" this?

Yeah, us either, unless he really is a corrupt crimer, in which case we still will totally make out with him, for #journalism.