Is Yr Wonkette The Mysterious Progressive Site With An Editor Who Secretly Loves Trump? 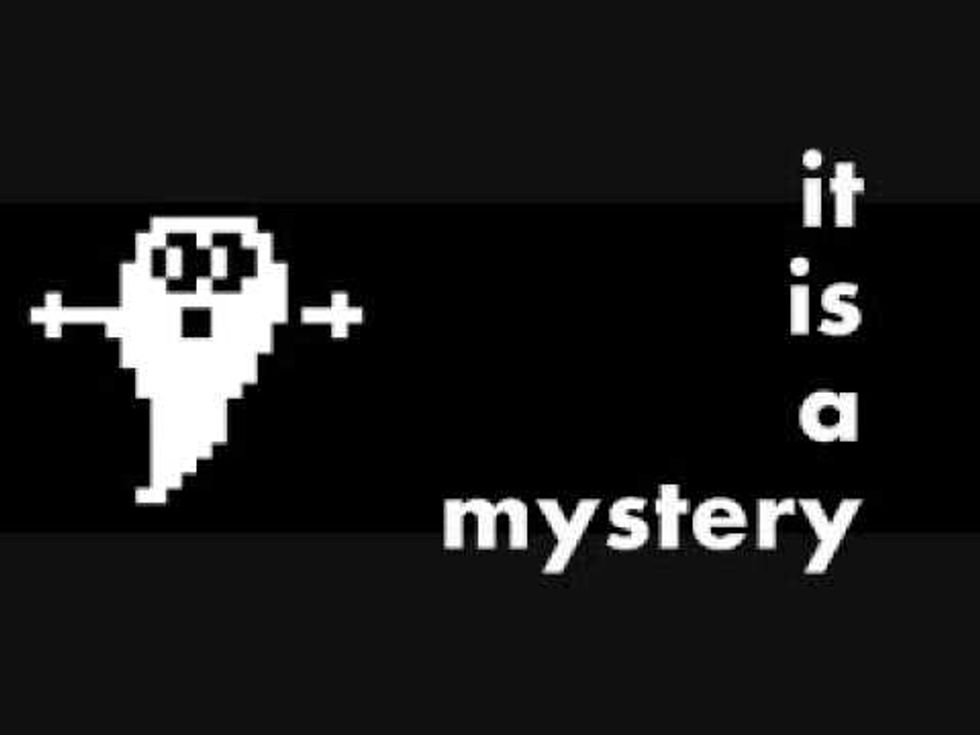 Oooh! There is a mystery afoot in the political blogosphere, and we are ON THE CASE. Like Nancy Drew or one of Candice DeLong's wigs or Keith Morrison or something!

The Daily Beast published an article today by Christopher Ketcham titled "Anarchists for Donald Trump—Let the Empire Burn," about progressives like himself who would rather Donald Trump get elected president and destroy the whole country rather than see Hillary Clinton win and not destroy the whole country. You know, because that is how the revolution will come and whatnot. Not because they are petty or because they are almost definitely a bunch of white dudes who are confident that a Trump presidency will hurt them a lot less than the rest of us!

This, in short, is his super cool plan:

The scenario ideally plays out with Sanders contesting the nomination all the way to the convention and then running as a third party candidate, say on the Green Party ticket, siphoning away the base that Clinton needs to win. This will hand the election to Donald Trump, and force the Democratic establishment to realize it’s doomed unless it pivots sharply to the left.

I have actually heard this argument before! I was told many times by my fellow college anarchists that if Kerry lost to Bush, it would actually be a good thing, because then the people would totally rise up and start a revolution! And then we'd do all the syndicalism and end the war and redistribute the wealth of the nation and things would be great, but they had to get really, really bad before they could get great, because otherwise people would get complacent and not even bother to smash the state. Personally, though I was no big Kerry fan and voted for Nader that year (I lived in NY, calm down people, it was going to Kerry anyway), I had my suspicions! For one, it seemed pretty unlikely that anyone was gonna get it together to do a revolution, and for another, I had my mainstream liberal non-radical concerns about being able to control what goes on in my uterus to think about.

George W. Bush did win the election, and the revolution, it did not come. Nope, just had to deal with four more years of Bush! I am more than 100% sure that this is exactly how things would play out if Trump were elected. I also don't think that helping to elect a far-right Republican would "send a message" to "the establishment" that they need to put forward more leftist candidates. Only problem being that we'd lose the Supreme Court for decades! But hey, I guess that's just me selfishly putting my liberal concerns about my uterus ahead of the needs of the revolution again.

Of course, Ketcham says that this is an increasingly popular idea that the Clinton campaign isn't even accounting for, and that there are many "Trump arsonist-progressives" stealthily rooting for Trump in hopes of bringing about the revolution. Including "an editor of a major progressive website"!

An editor of a major progressive website tells me in an email that if I outed him/her as a Trump supporter, “We’d probably lose the last funders that we have!!!”

That editor continued: “Absolutely, Trump by a mile. To the extent that voting for president matters at all, it is merely to give a certain secret pleasure to the voter in the privacy of the booth. I’ll get mine by casting a transgressionary ballot for the vile Trump, the greatest repudiation of the 25-year-long horrorshow of Clintonism I can imagine.”

Gee, we cannot possibly even begin to fathom what website would have an editor who secretly wanted Trump to win? What site could it possibly be? It is not us, I checked with Rebecca! Since both she and Evan are bought and paid-for Hillary shills, anyway, it is very likely not them. I am not sure what my official title is here, but even though I am a Bernie Bro, I am very happy to vote for Clinton in the general because I am not a lunatic. I am quite sure the same is true for Dok! But if not us, then who?

[wonkbar]a href="http://wonkette.com/602209/salon-publishes-a-million-more-words-on-why-trumps-balls-are-much-more-delicious-than-hillarys"[/wonkbar]As JK Trotter at Gawker points out, "'Editor,' 'major,' 'progressive,' and probably even 'website' are not the most strictly defined terms." Hell, at half of the sites these days, nearly everyone's title is "editor," not just the EIC. So, even if the EIC of a certain major progressive blog had just recently stopped working there, it could still refer to someone else working over there.

[wonkbar]a href="http://wonkette.com/601201/dear-salon-set-your-dick-on-fire-and-eat-it"[/wonkbar]Oh golly, I just can't be sure! This sure is a humdinger! All I can say is that I remain hopeful that a good chunk of these "Trump arson-progressives" will come around by November, and realize that it's actually not very progressive for a white male to try to force women and people of color to deal with the serious risks of a Trump presidency just so they can play at being Alexander Berkman or August Spies or whomever.

[The Daily Beast via Gawker]