It Has Been Five Minutes, So Mitt Romney Is Flip-Flopping On Something Again 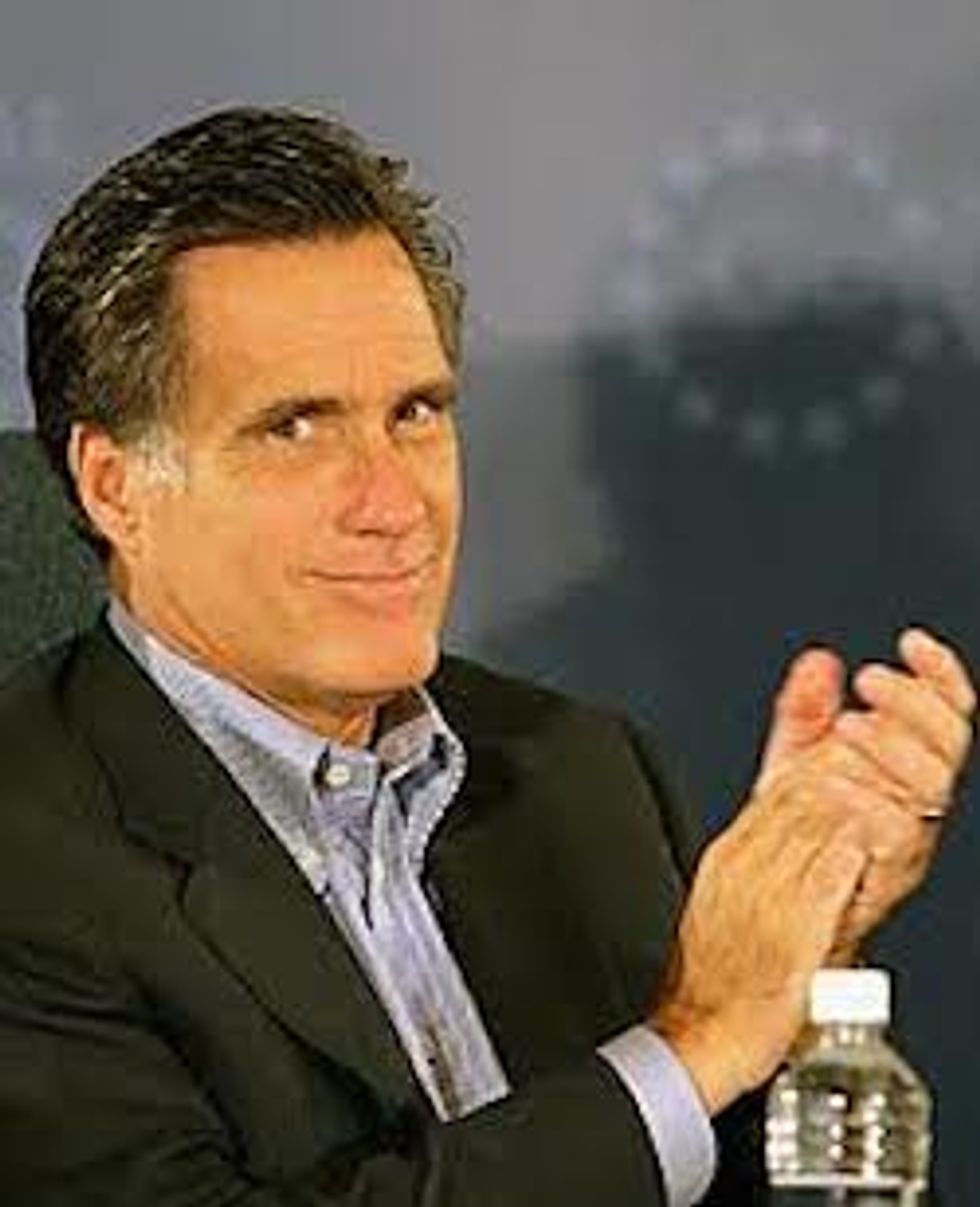 Mitt Romney, who just can't take no for an answer andmay need to be told no yet again, has apparently grown tired of pretending to be "severely conservative." It didn't work for him so well in 2012, when he ran on his platform of "Ew, the poors!" so it seems he's plagiarizing a page from John McCain's playbook by acting all mavericky and taking a position contrary to today's Republican Party. (This is definitely a wise choice, given how well that worked for McCain in 2008, but shhhh, don't tell Mitt.)

“I, for instance, as you know, part company with many of the conservatives in my party on the issue of the minimum wage," Romney said in a Friday appearance on MSNBC's "Morning Joe." “I think we ought to raise it. Because frankly, our party is all about more jobs and better pay.”

Oooooh! Ahhhhh! So brave. So bold. So principled. Let us take a moment to admire Mitt for having the courage to defiantly defy his party so defiantly by standing up for what he so frankly believes in.

It didn't get much notice amid the buildup to Super Tuesday. But after conservative outcry over his support for raising the minimum wage, Mitt Romney quietly reversed his position this week.

"There's probably not a need to raise the minimum wage," the Republican front-runner told CNBC's Larry Kudlow on Monday.

Now let's take a moment to roll our eyes at forever flip-flopping Mitt because OF COURSE.

Back in 2012, like today and every day, Republicans did not care for the minimum wage or increasing the minimum wage because while it is SO HARD for members of Congress to live on $174,000, anyone who can't survive on the current minimum wage and has the audacity to own a microwave is a lazy moocher welfare something or other.

Mitt's support of minimum wage increases -- the first time -- were quite frowned upon by the entire Republican Party on account of how much Republicans really hate the shit out of not-rich people.

"All it does is give the base another reason to be unenthusiastic about him," conservative publishing magnate Steve Forbes, who made his own bids for the GOP nomination in 1996 and 2000, told us.

So he changed it. Just like that. One day he was for it, the next day he was against it. Because he is Mitt. And he wasn't going to be the only Republican running for president who supported something the rest of his party hated. So he snapped his fingers and presto change-o, he wasn't.

Mitt isn't exactly the only loser from 2012 to snap his fingers, by the way. Rick Don't-Google-Me Santorum and Tim Yawn-Who-Now? Pawlenty have also presto change-o'd because they all know that no one in America could possibly remember positions they held two whole years ago and laugh and snicker and call bullshit on what seems a pretty obvious cynical trick to appear Bold! and Brave! and Principled! And it's working, because the Very Serious Media is lapping it up and clap-clapping these Republicans for standing up to their own party even though they agreed with their own party, like, five seconds ago.

Because if Mitt is even thinking about handing his ass up to Democrats on a silver platter again in 2016, that's the only answer his flip-flopping flip-floppery that shows just how insincere and untrustworthy and unprincipled and un-everything Mitt is deserves.

Follow Kaili Joy Gray on Twitter. She knows the only kind of acceptable flip-flops are the ones you wear on your feet.