It Is Your Birthday, Barack Obama 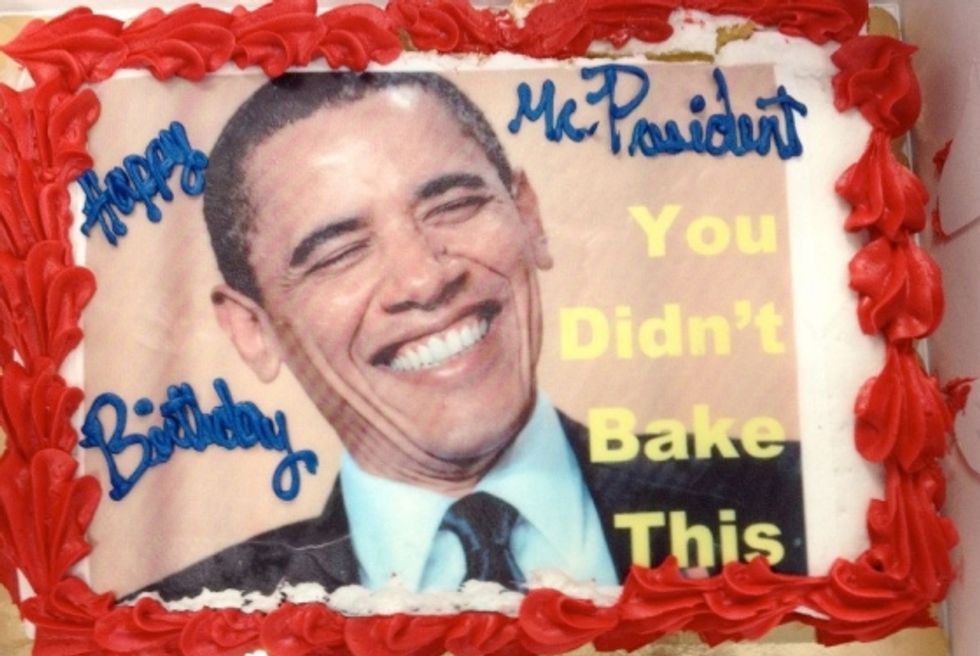 Hello, Barack Obama! It is your birthday! You are 51 years old. What things did not exist before you were born? ATM cards! Yeah, if you ran out of money over the weekend, you had to go to a grocery store, and the manager had to okay your writing a check! Remember that? So weird. What else did not exist when you were born? THE ROLLING STONES. THAT is how old you are! Anyway, the wags at the RNC sent you this delicious cake to enjoy at your hip-hop barbecue that doesn't create jobs, but your people sent it back because apparently they have no sense of humor. They are probably all feminists.

What they should have done, probably, is just eaten the cake! And taken pictures of themselves enjoying the cake! And then sent the RNC the pictures with a really nice note thanking them for the delicious cake! That would have been such a BURN, like 'you guys are so nice for sending us this delicious cake, it is good to have political opponents be such nice friends!' Then the RNC would have shaken their fists to the heavens and shouted "FOILED AGAIN!"

Right, so like we said, you are 51. Lookin' good, Mr. President. Lookin' mighty good. Probably because Michelle only lets you eat cake made of BROCCOLI! Is that still a thing that people talk about? Apparently so, and it, unlike you, NEVER GETS OLD. So, broccoli cake it is then. Haw. Haw.