It's Arizona's Turn To F*ck The Poors, Again 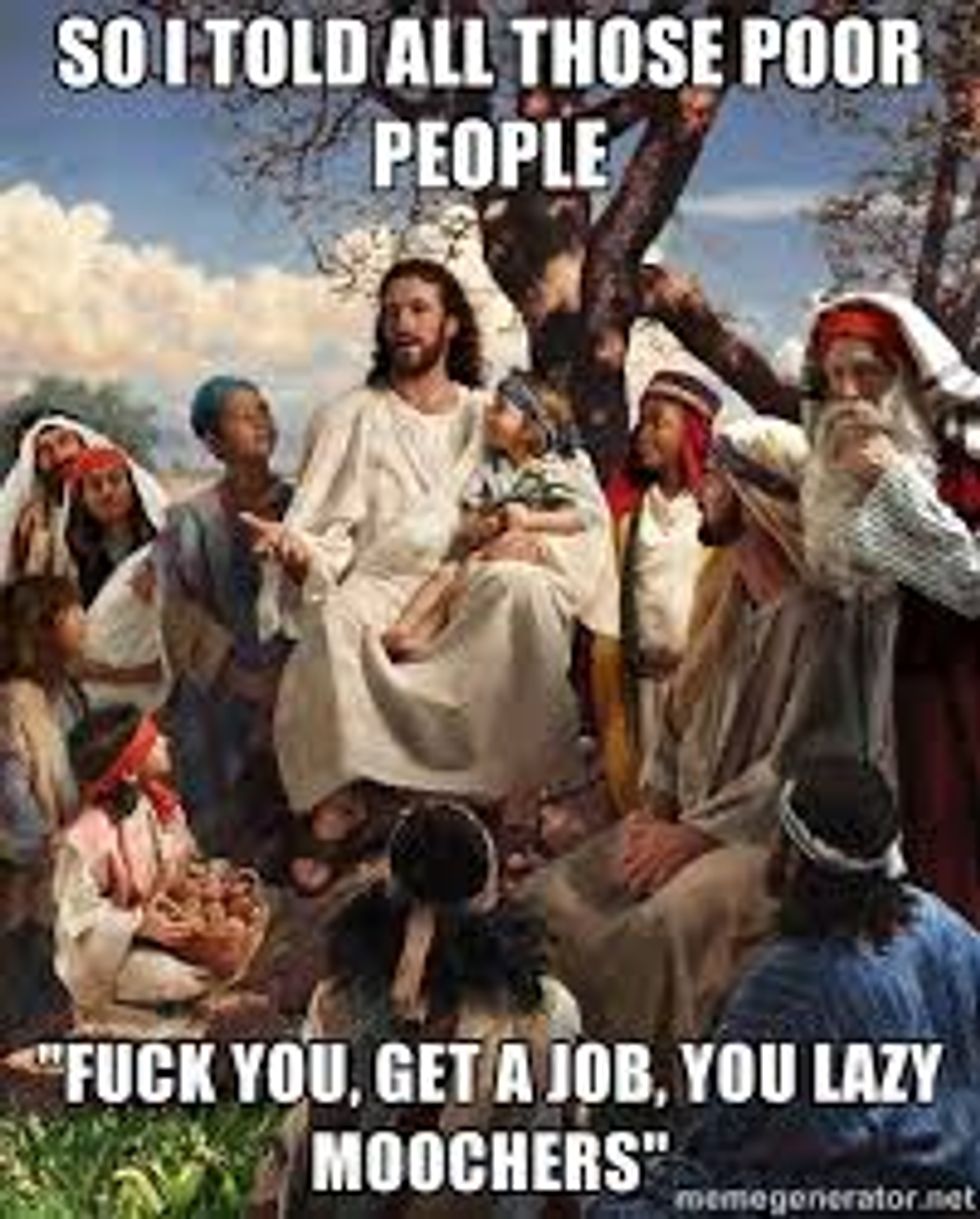 Arizona is all out of money, whoops, so the Republicans who control the state have decided, in their fiscally conservative wisdom, to close the $1 billion budget gap by cutting welfare that the federal government pays for. Good plan, guaranteed to work, no?

Low-income families on welfare will now have their benefits cut off after just 12 months.

As a result, the Arizona Department of Economic Security will drop at least 1,600 families - including more than 2,700 children - from the state's federally funded welfare program on July 1, 2016.

The cuts of at least $4 million reflect a prevailing mood among the lawmakers in control in Arizona that welfare, Medicaid and other public assistance programs are crutches that keep the poor from getting back on their feet and achieving their potential.

Gov. Doug Ducey, who makes the state's former Republican Gov. Jan Brewer look like Karl friggin' Marx, says these cuts are necessary to protect the taxpayers, which is some kind of HI-larious, you betcha, given that Arizona is one of those red welfare states that mooches off taxpayers, in other states. But Arizona isn't really screwing people on government assistance to save money; it's about teaching those poors a lesson about not being poor.

"I tell my kids all the time that the decisions we make have rewards or consequences, and if I don't ever let them face those consequences, they can't get back on the path to rewards," Republican Sen. Kelli Ward, R-Lake Havasu City, said during debate on the budget. "As a society, we are encouraging people at times to make poor decisions and then we reward them."

Awww, that's nice. Arizona is telling the feds "thanks, but no thanks" to free money -- the state's welfare program "is entirely federally funded through the Temporary Assistance for Needy Families program" -- to teach those poors a lesson about the consequences of deciding to be poor. That should learn 'em! Plus, it'll help save money the state wasn't actually paying in the first place, so everyone wins, except for those families, including The Children, who get to eat bootstraps for dinner starting in July.

This is in addition to the Republicans' other fantastic plan to scold poors for being poor so they'll stop doing that: restricting Medicaid eligibility to people who have jobs, because the unemployed don't deserve health care, and then kicking them out of the system after five years, because five years ought to be enough for people to not need help anymore, which is why the federal government is going to kick the state of Arizona off the dole any day now because really, Arizona, haven't you been sucking off the federal teat long enough? Shouldn't you be able to support yourself by now?

If Arizona Republicans prevail in their lawsuit to reverse the former RINO governor's acceptance of dirty Obamacare dollars to expand Medicaid, they'll be able to cut off healthcare for another 300,000 Arizonans, so everyone will win EVEN MORE, except the poors, of course, but fuck them.