It's Cool, The Entire World Is Already Ruined, Don't Even Worry About It 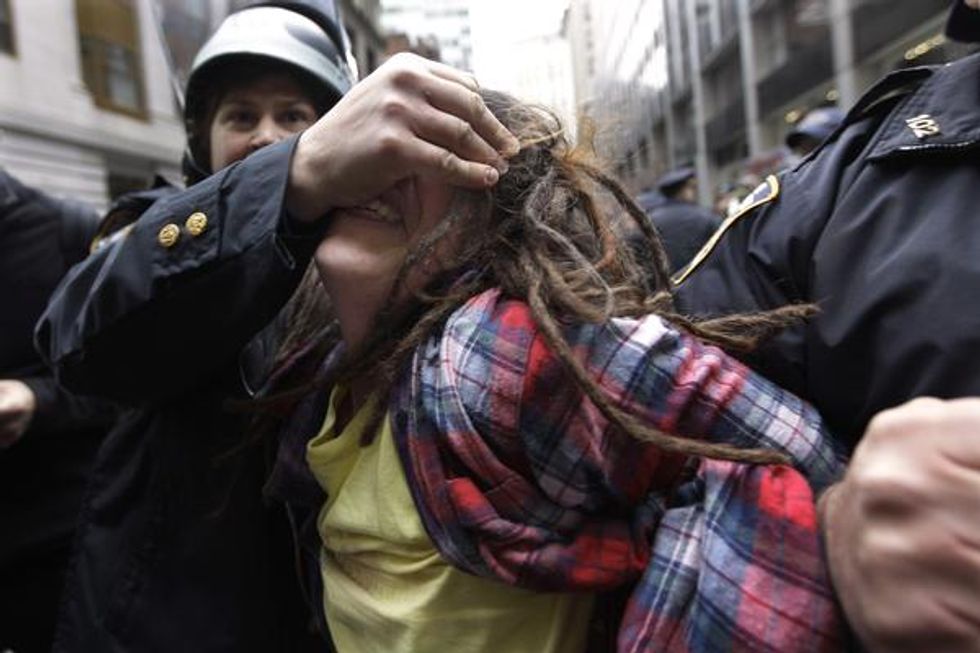 Who is dying today, besides all of us? To name three, as writers do, it's the bees, the ice, and Simpsons man Sam Simon! Have you heard about the bees? It's no big deal, they're just dying because all the poisons we use to make our food seem to be bad for bees, in that they get parasites and die because they've been poisoned. The ice, well you knew the ice was fucked, but now someone's gone and figured out that the methane released by melting arctic ice is going to cost $60 trillion real dollars, because of how it's going to cause even more fake global warming. And Sam Simon, so sad, he has the butt cancer, and he's going to leave all his money to charity, except:

“If you were donating to environmental causes for the past 20 years, do you think your money is doing anything? Because I don’t, and I used to support some conservationist stuff -- Sierra Club, World Wildlife Fund. They’re treading water. Climate change is a big part of their problem. The environment has been destroyed, basically.”

Sam Simon, if you are really an environmentalist and you want to do the world a solid, here is what you should do with your millions upon millions of dollars when you don't need them anymore because you're dead:

1) Make sure your money buys a shit ton of land.

2) Make sure that land turns back into nature, and stays that way.

But no, he's going with the Rockefeller Foundation's consultants, who have been "amazing." Surely they will help him establish a fine nonprofit dedicated to shorting bank stocks and busting unions in perpetuity, tax-free! Nah but seriously, his plan is apparently to feed "starving people and dogs." We guess nature can go fuck itself because the Sierra Club is not up to Sam Simon's snuff. Don't get us wrong, feeding hungry people is great, and sure, dogs gotta eat, too... but we could really do without this prominent person (unironically) saying "don't try to fix the environment," especially if he doesn't know what the hell he's talking about and he got rich because America loves vulgar cartoons.

Ultimately it's not clear why Sam Simon thinks his millions are going to be very effective at ending hungry dog people, given his dim view of nonprofits and his insight that "the environment has been destroyed," which might be a key factor in all this hungriness? Rich people, we will never understand them. We don't even want to.

Wait, what's that you say? A royal baby happened?! Will it be called George, or something else? And where can we get our commemorative mugs? So exciting, it's almost enough to make us forget that nobody in politics is much interested in the only political question that matters, which is: How do we balance our own comfort against the survival of our species? Because what the heck is methane anyway, and bees? Fuck them, the flower fuckers!

Seriously, we are beyond giving a shit. If you want your kids to have kids who have kids, start teaching them which mushrooms are good to eat and how to hide from cannibals, because the people with enough money and power to actually fix what's wrong are not particularly interested in fixing what's wrong, have you noticed this too? You should still use condoms, though, because what if everything's actually fine, except you end up with junk rot from all the apocalyptic sex? It could happen!