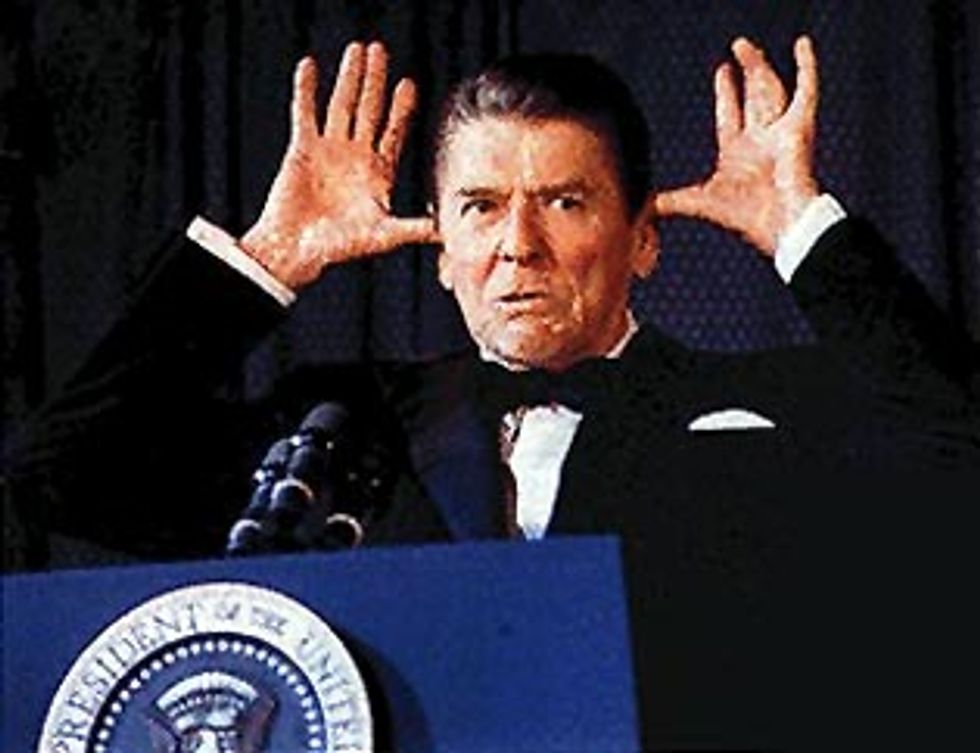 Ronald Reagan is still alive and breathing and administrating, if nowhere but in the minds of desperate conservatives. Even young conservatives have Reagan Creationism Syndrome, and will be exhibiting the symptoms of it en masse atReaganpalooza, a celebration of the "the man, the legend" at the Hawk and Dove on Saturday, February 28th.

The party is a great opportunity to communicate with conservatives in a venue other than RedState comments. Also, it is a Known Fact that Republicans are hotter than Democrats, so it may be the only chance to see attractive humans in Democratically-controlled DC for two-plus years.

The event is part of the three-day Conservative Political Action Conference being held at the Omnishore Hotel in DC. Every Republican (except Sarah Palin!) not currently serving jail time is scheduled to speak at CPAC, making the cost of registration absurdly high.

However, as far as Facebook is concerned, the admission to the Hawk and Dove for the Young Conservative Coalition-hosted Reaganpalooza is only $5! It's a small price to pay for the possibility of hobnobbing with the likes of Ann Coulter and Rick Santorum. Hurry up and RSVP, Authur Brooks would want you to.