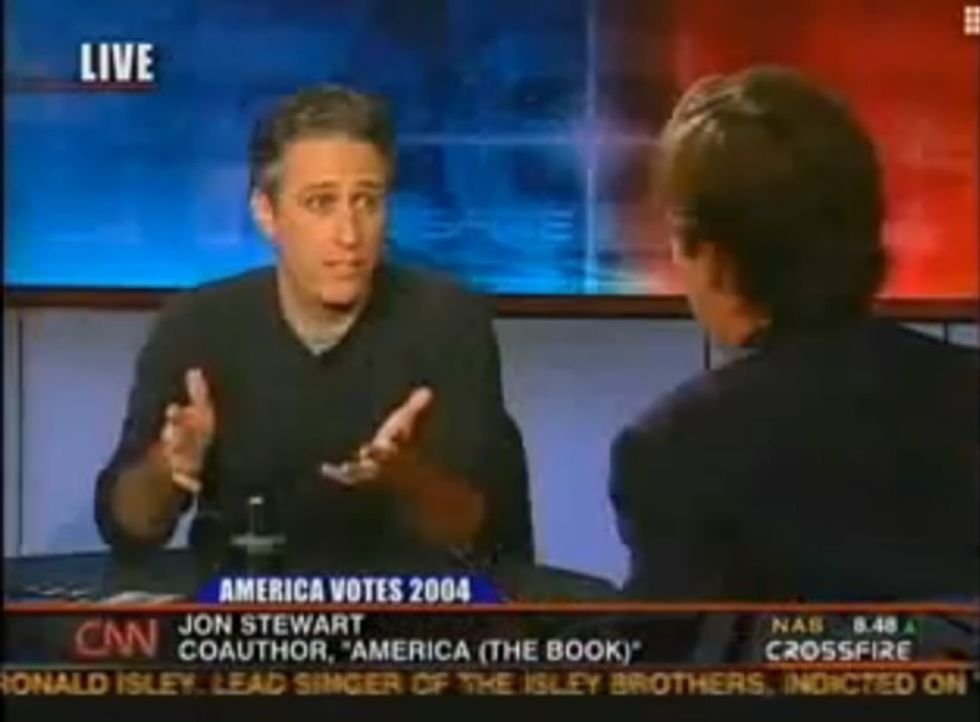 Can you believe that it's been exactly 10 years (OK, yesterday) since Jon Stewart went on CNN's Crossfire and told Paul Begala and Tucker Carlson (who still wore a bowtie at the time) that their show was "hurting America"?

"I wanted to come here today and say... Here's what I wanted to tell you: Stop. Stop hurting America." It was the moment when Jon Stewart definitively transcended his role as just a fake news guy, even as he emphasized that, as a comedian, he had a freedom to use comedy to tell the truth, but damn it, it would be rather nice if those in a position to really inform the public would try that, too:

And now Crossfire's second incarnation, just as hacky and partisan as the original, is being cancelled. Again. All we need is Jon Stewart to yell at the entire cable news business and tell it to knock it off. Actually, that's his business model.

This clip is just as fresh as it was 10 years ago. Watch and enjoy: