It's The Values Voter Summit! Has Grindr Crashed Yet?

Hooray, the Values Voter Summit started Friday morning in Washington ... and you're late! Haha, just kidding, it's never too late to go to a sausage party full of sad, closeted dicks. We woulda been ALL OVER THIS SHIT earlier today, but alas, SOMEBODY (John Boehner) drunk-sobbed a resignation letter onto Facebook and we were busy giggling. Here's what you've missed, and what's yet to come!

Well first, everybody made love-jizz offerings to Phyllis Schlafly (probably)

Get a load of THIS sexxx schedule! Is there any place in America you'd rather be?

Friday morning started with those hot bigot Benham brothers what got fired from HGTV, for being bigots. We haven't confirmed this, but we're pretty sure they kicked off ceremonies by fapping in the general direction of a bust of Phyllis Schlafly, because that's how ALL religious right extravaganzas start. Then Ted Cruz said words about how Obama is a communist, and how "when" he's president, he's going to get the Ayatollah of Iran SO MUCH PUSSY, but in the "72 virgins after you die" way, so we guess he threatened murder, due to how he LOVES IT SO MUCH. 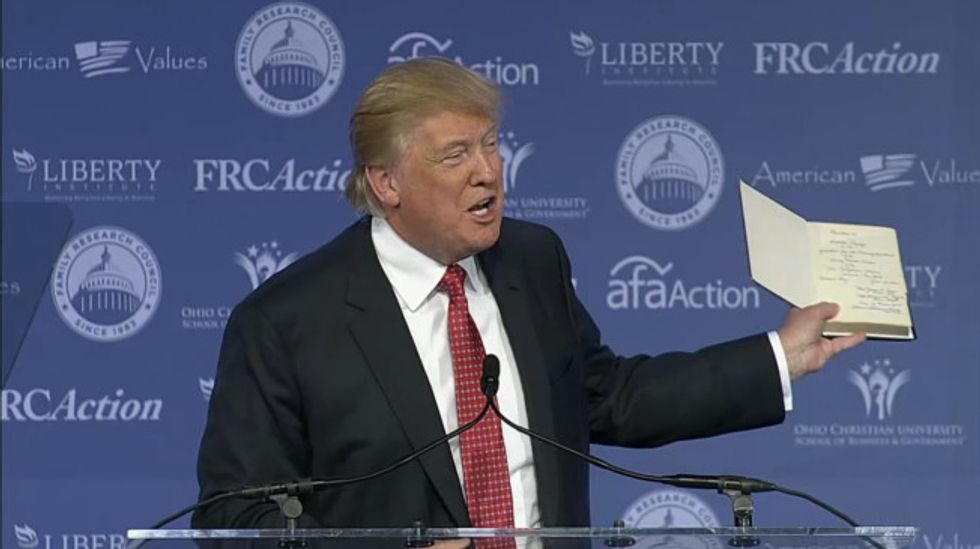 For lunch, they fapped to that bigot florist lady Barronelle Stutzman, who flapped her jaws at them about how she is a martyr.

Nighttime is the right time for Sexy Kim Davis

Yeah, did you hear? Kim Davis is getting the Most Likely To Get Eated By A Lion award, or something, for her persecution, on Friday night. And did you all hear Kim just became a Republican? There will probably be a special ceremony where she gets to lick Dead Reagan's bronzed taint, to make her membership in the GOP official. Rep. Louie Gohmert and criminal Oliver North will be there too, probably handing out condoms in case Kim is on the prowl for some new husbands.

Lights out! Remember, Values Voters: If you suck 10 strange dicks over the course of the night, you get a free happy ending from Tony Perkins!

OK, Values Voters, we need to talk about what you did last night. Because since you are so public about your fake disdain for anonymous sex, you don't really know the first thing about how to protect yourself from getting unborn babies in your shame-shames or crotch weasels on your pocket rockets. So check it. Run to Walgreens and grab a few morning-after pills. Shhhhh, we won't tell anybody. Chit-chat with all the other Values Voters in line at the pharmacy about who you're really excited to see that day. OOH, Lindsey Graham! Do Values Voters even like him? Meh, skip that and go back to the hotel room and take your morning-after pills. Just don't let Lila Rose or David Daleiden film it! 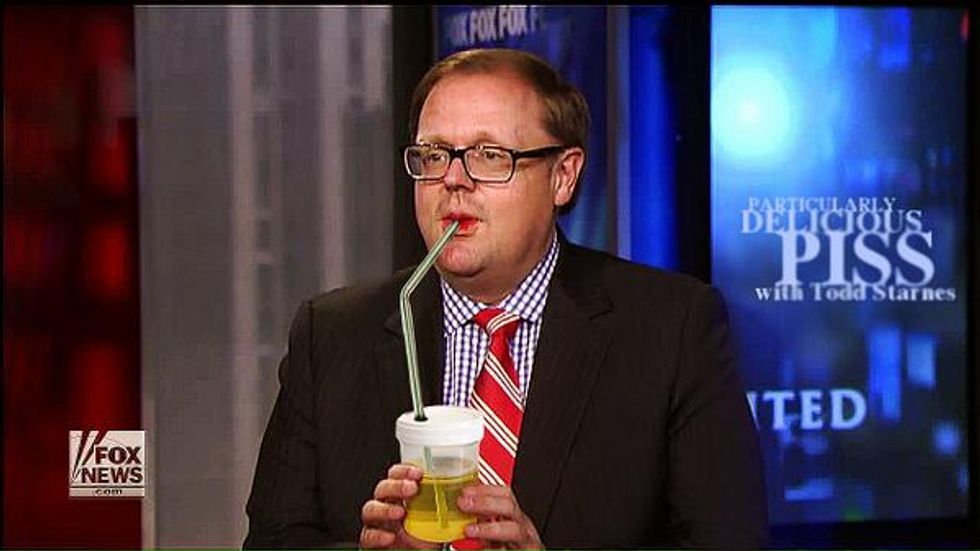 The rest of the Saturday schedule is fucking boring and everybody will probably still be up in Kim Davis's suite anyway, strung out on last night's meth.

BUT, as we all know, Saturday night is Fetish Night at the Values Voter Summit, where you really get to let your freak flags fly! Rumor has it Erick Erickson will be in Phyllis Schlafly's leather dungeon, and since he's such a pussy with such pussy feelings, we can be pretty sure he's a total sub. Hope you all brought your shower shoes, due to the floors are going to be SO GROSS.

And on Sunday, you atone for your sins and go back to your sexless, pathetic, angry lives.

Yep, fun weekend is over, sadface. There is a church service, and then everybody stands in the reception area for a little while, awkwardly making out and rubbing the tears out of their eyes. And then it's back to Waco or Tupelo or Colorado Springs, or wherever sad Values Voters live. You promise you'll sext each other when you get home, but those dick pics Tony Perkins promised will never come. So you will get in bed with your wife, and you will not fuck her, because she does not allow that. And, quiet as a mouse, you will masturbate yourself to sleep, because you suck.

That's Not What She Said