Ivanka Trump Is Ready For Her Tax Cut, Courtesy Of YOU! 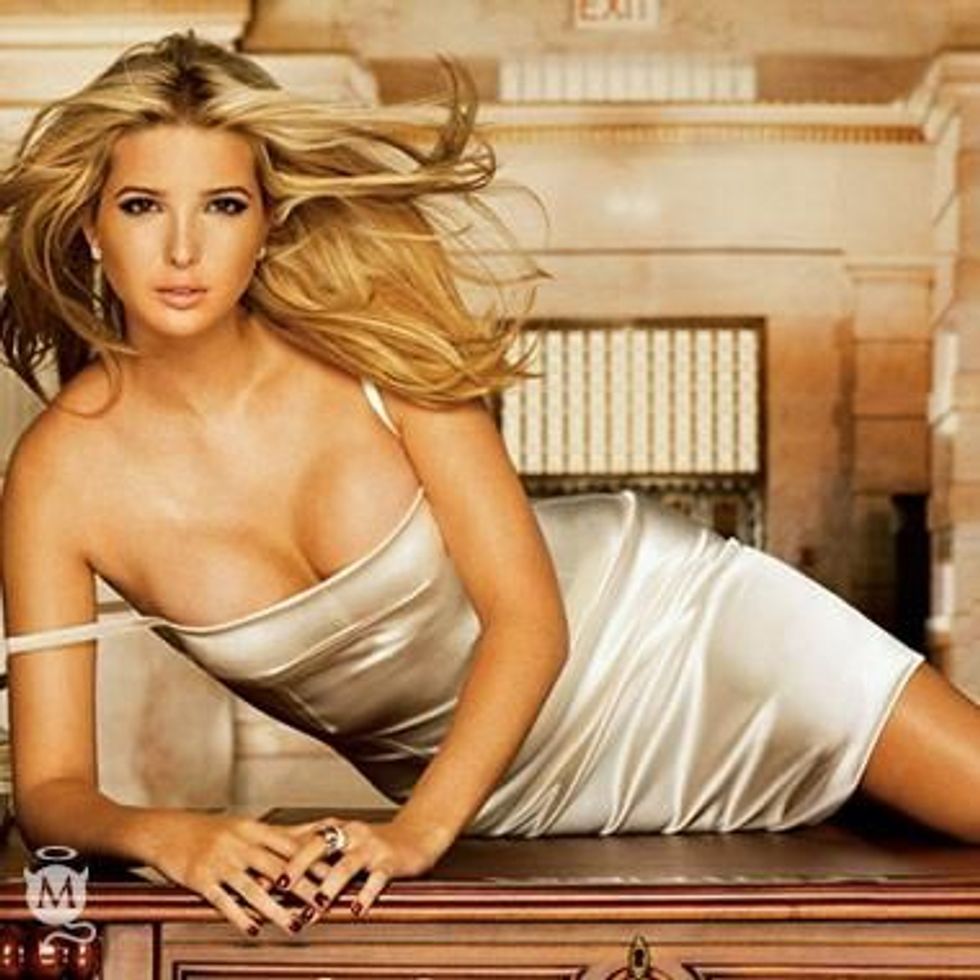 Donald Trump, the "billionaire" "president," is really mad the US government hasn't yet managed to slash his taxes. It is, after all, one of the all the promises he made during the campaign that he hasn't yet managed to keep, even though, like we said, he's got the House, the Senate, the executive branch, and his own illegitimate Supreme Court justice.

OK, we guess he's managed to destroy the Department of Ed.

Oh No Ivanka Trump Didn't Pay Her Taxes! She Must Have FORGOT!

Oh also she 'forgot' to pay for her diamonds. Whoops!

But the New York Times explains today that gee, the Republicans just can't seem to get their shit together for the one thing they love more even than voting to repeal Obamacare: cutting taxes (for the rich only). See, when middle class people and poor people (lol like THEY matter) found out that their own taxes would rise so Vanky Trump wouldn't have to pay the taxes she already doesn't pay, they sort of vaguely looked up from the sportsball game for a moment and said "the fuck?" and Trump said, like, "WAIT! Nobody told ME middle class taxes would rise while also piling on $1.5 trillion in new debt!"

(Trump, OBVIOUSLY, does not care about new debt. Debt is kind of his whole thing!)

At issue at the moment is a bit of budgetary fuckerdoo wherein the Republicans will no longer let you deduct the amount of taxes you paid to your state and local government (State and Local Taxes, often referred to as SALT by nerds in spensive glasses), so they can get rid of the estate tax. You know how they are always calling the estate tax "double taxation" because someone paid taxes on it once (supposedly, anyway), and their do-nothing kids might have to pay taxes on it when they "earn" it by having been born to rich people? Well, paying federal taxes on money you already paid to the state is ACTUAL double taxation, just pointing that out to Republicans, who don't care hahahahaa good lord no.

But some Republicans do care, because they are Republicans who represent suburbs in high-tax blue states, and their wealthy constituents would get hit hard by this. They are arguing amongst themselves, and the tax plan that was supposed to be unveiled today is being delayed -- just like Obamacare repeal was, over and over! -- while they figure out this fucking thing.

Republicans had proposed wiping out the entire deduction for state and local taxes, which is particularly valuable to high-tax states like New York, New Jersey and California. After running into resistance from lawmakers, Mr. Brady [Rep. Kevin Brady, Texas, chairman of the House Ways and Means Committee] said over the weekend that the coming tax plan would include “an itemized property tax deduction to help taxpayers with local tax burdens.”

Got it. You're a homeowner? You get (more) tax break. You're a common poor tenant in a blue state? Well, nuts to you! (Apropos of all of it, even in our very red state of Montana, where we became owners last year of an extremely pleasant home near but not on a lake, our state tax is about triple our property tax. I guess we forgot to buy a mansion, bad us!)

Of course, we're not even TALKING about the $1.5 trillion in cuts to Medicare and Medicaid to accomplish this, because it's your fault if you got sick or aged.

And where is Paul Ryan in all of this? He is being ADORABLE.

A Halloween-themed news release from Mr. Ryan’s office on Tuesday suggested that Republicans are prepared for many business groups to oppose the bill when it is released. “The special interest ghouls will do anything to protect all their little tricks and treats,” the release said. “They will haunt the hallways and demonize our plan. They will conjure up new scare tactics and spread wicked tales.”