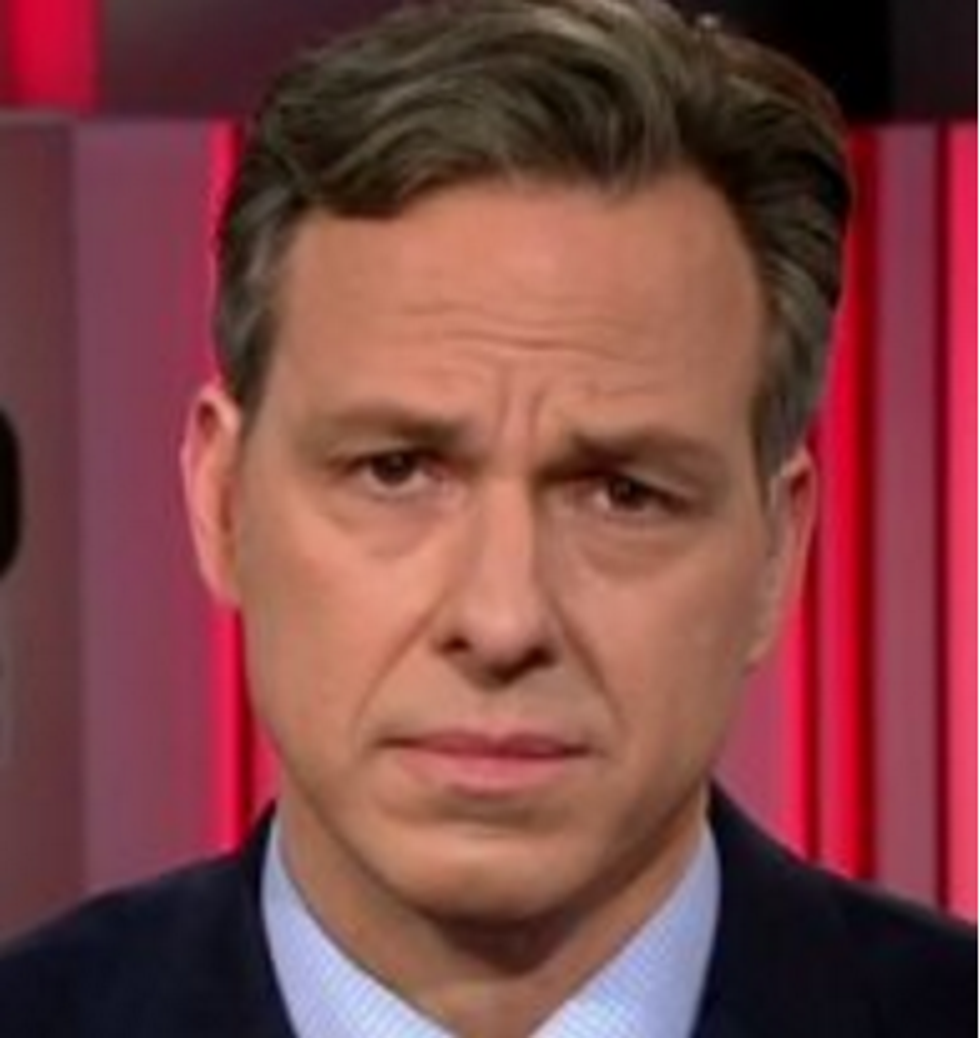 He is just saying.

Oh, MEOWZERS! Our boyfriend Jake is in a sassy mood!

What's that all about, you might be a-wondering? Well, Breitbart had a GOTCHA! article about how Jake Tapper said Trump was "legitimately" elected, which therefore means there was no hacking and Donald Trump doesn't have cybersex with Vladimir Putin every night, HA HA CAUGHT YOU LAMESTREAM MEDIA DUMB DUMB ADMITTING TRUMP'S VICTORY WAS YOOGE! It came in response to that amazing moment during Trump's Thursday press conference, when Trump claimed he had the biggest electoral college victory since Reagan, which is HILARIOUSLY WRONGSTUPID. If you didn't see it, watch as nice NBC reporter Peter Alexander explains to The World's Dumbest Puppet that he is lying. Alexander goes HARD, and this is how all reporters should do when Trump lies:

This needs to happen on EVERY lie. It's up to the press to do this EVERY time. Go hard, y'all. On EVERY lie. pic.twitter.com/TGbishcDRj