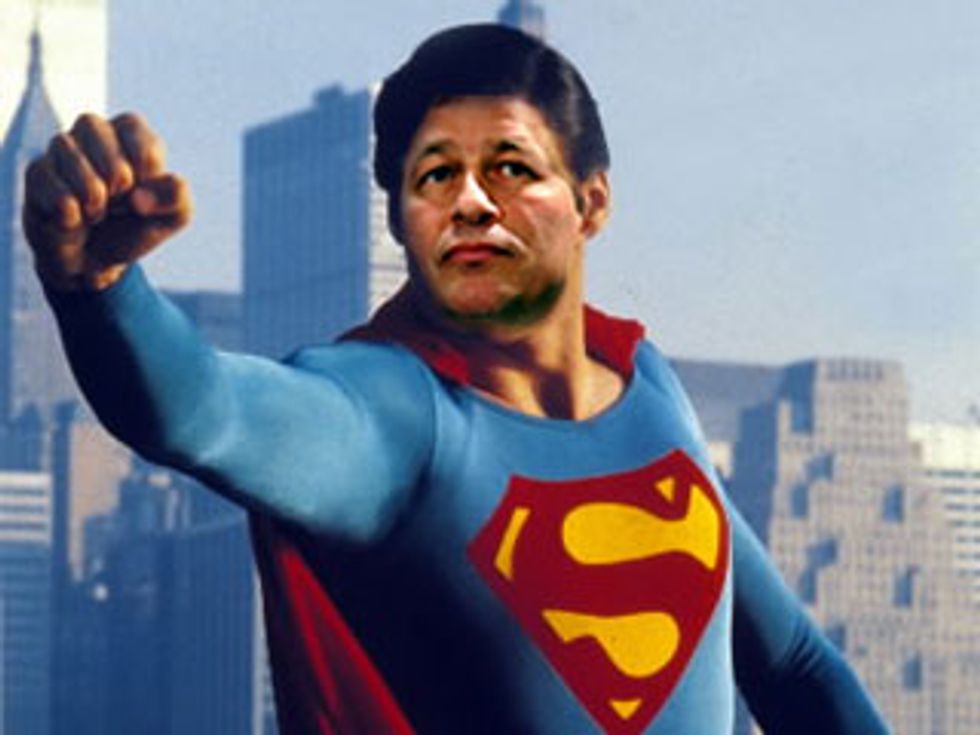 When we last checked in with Jamie Dimon, he was getting atongue bath from Jim DeMint (R-Jamie Dimon’s Butt) because Jamie Dimon is a Very Big Man in charge of a Very Big Bank that makes Very Big Profits for Very Big People. As Jim DeMint (R-Jamie Dimon's Butt) noted, not everyone can do what Jamie Dimon does: who among you, for example, could lose $2 billion dollars in one day and not even really miss it? And who among you could preside over a global economic crisis and escape with your job and pay intact? Hmm? And what if you were trying to do all of this on a shoestring, like Jamie Dimon, who only gets $14 billion per year in subsidies from taxpayers?

JPMorgan receives a government subsidy worth about $14 billion a year, according to research published by the International Monetary Fund and our own analysis of bank balance sheets.

First, the good news: someone at Bloomberg figured all of this out by reading a balance sheet, meaning that this person is qualified to be president, which is fantastic. The bad news: the $14 billion per year goes to paying grossly inflated salaries to wankers like Jamie Dimon in addition to ruining your life and the lives of others.

The money helps the bank pay big salaries and bonuses. More important, it distorts markets, fueling crises such as the recent subprime-lending disaster and the sovereign-debt debacle that is now threatening to destroy the euro and sink the global economy… In other words, U.S. taxpayers helped foot the bill for the multibillion-dollar trading loss that is the focus of today’s hearing. They’ve also provided more direct support: Dimon noted in a recent conference call that the Home Affordable Refinancing Program, which allows banks to generate income by modifying government-guaranteed mortgages, made a significant contribution to JPMorgan’s earnings in the first three months of 2012.

We at Wonkette hate to say I told you so but it looks like the subprime crisis was caused by Poors after all. Or possibly Europe.