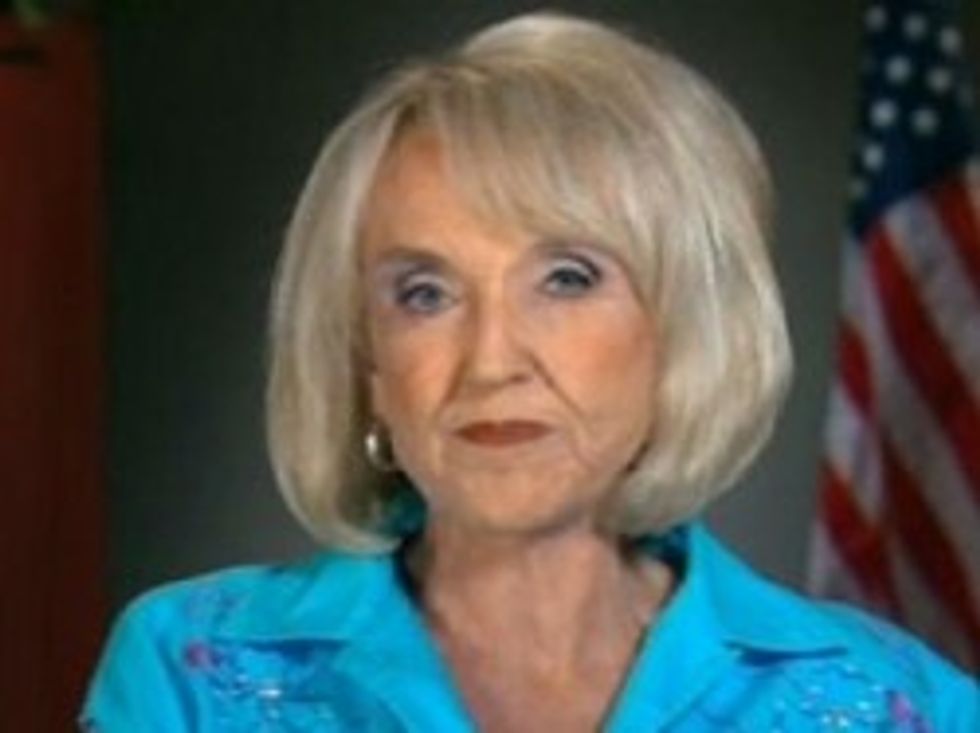 Lady Governess Janice Brewer of Arizona has left her state on "official business." Well, let's be fair: Grand Dame Brewer hasleft her state for completely unexplained reasons, during which she failed to certify election results, and will be back Saturday, so shut up.

Gov. Jan Brewer has taken a nearly week-long out-of-state work trip that was shrouded in secrecy Monday as she skipped an event to certify election ballots and her spokesman refused to disclose her location.

Brewer spokesman Matthew Benson said in a brief email to The Associated Press that Brewer was unavailable to participate in the general election canvass Monday morning because she was out of the state on official business.

"That is all I can disclose at this time," Benson added.

Now, you might be reminded of South Carolina Republican lothario Gov. Mark Sanford, who cold boned an Argentinian lady for a while, but pretended he was "hiking the Appalachian Trail" instead when he wanted to leave South Carolina for a while to go have rich sex with her.  Is Jan Brewer going on a sex binge the likes of which Arizona has never seen before?

It would be irresponsible not to absolutely confirm that this is 100% what is probably happening, unless it's not. (JOURNALISM.)

However, during the canvass earlier Monday, [Secretary of State and acting Governor Ken] Bennett signed election documents as acting governor while his assistant Jim Drake did so as the acting secretary of state.

"It is disappointing that the state's top elected official seems to have such little interest in the results of this election," he said.

Oh, how we hope you're face down in Chipotle bags and naked posters of Erik Estrada, Janice. How we hope.