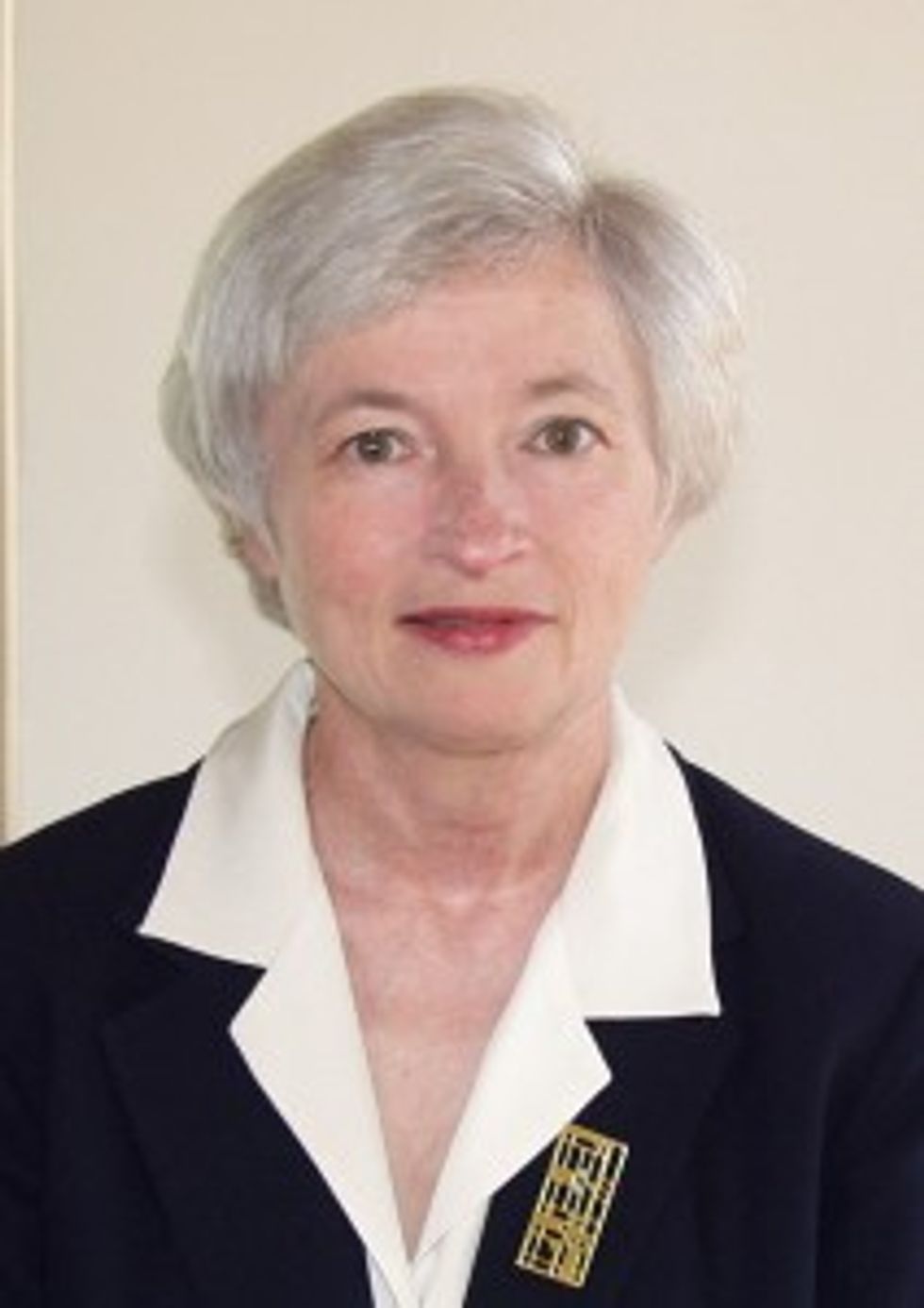 Here's some gubmint news that has NOTHING to do with the SLIMDOWN!!1! Breaking the unwritten rule that during a shutdown all news must be related to how the opposition is ruining America, Our Guiding Star of Socialist Dictatorship, His Royal Supreme Lordship Barack H. Obama, has put forth a nominee to be the next Chair of the Federal Reserve! We know you can barely contain your excitement -- we honestly peed ourselves a little. Per The Hill:

President Obama nominated Janet Yellen as the next chairman of the Federal Reserve Wednesday.

Huh... Janet is a funny name for a guy. Waaaaiiiiitttt a second - OBAMA NOMINATED A CHICK!! He does realize that this is, like, a banking/finance job, right? Well, let's see how the GOP will somehow use this as the next front in their War on Womyn.

But before we get to those knuckle-dragging sadsacks, let's sing some praises for Janet Yellen. If confirmed, she would be the first womyn to head up the Federal Reserve. Yellen is currently the vice-chair of the Fed, and has been integral in helping implement Fed Chairman Ben Bernanke's policies that have reduced interest rates and pumped cash into the economy through a complex process known as Quantitative Easing. Blah blah blah, helped save the economy, you get the picture. Anyway, Yellen seems super smart and uber-qualified for the job. What say you, GOP?

Senate Republicans plan to use the nomination of Janet Yellen to lead the Federal Reserve as an opportunity to take aim at one of their favorite economic targets: the Fed’s easy money policies.

Republicans have long grumbled that the central bank is playing too big of a role in the U.S. economy and that its massive economic stimulus program -- known in Fed speak as quantitative easing -- is a prescription for inflation straight out of a central planning playbook.

Ah, yes, those blasted people who keep trying to dig the economy out of the crater left by Dubya. THE NERVE! Senator John Cornyn, what do you think?

"Ms. Yellen subscribes to the liberal school of thought that the best way to handle our nation's fiscal challenges is to throw more money at them," Sen. John Cornyn, R-Texas, the No. 2 Republican in the Senate, said in a statement. "This stimulus obsession is the reason the nation finds itself in the fiscal calamity it does today, and the last thing we need is a leader at the helm of the Federal Reserve who is intent on more quantitative easing that harms our economy."

We knew we were forgetting something: namely, that the stimulus caused the recession! That is just Science Fact.

“Among the Tea Party and conservative Republicans, there is a very intense anti-Fed feeling,” he said. “It would be very difficult for anyone who plans to run for president to vote for Janet Yellen.”

He said he would discourage such en effort, however, because Yellen is qualified for the job and railing against a historic female pick would “look terrible.”

No, asswipe, it wouldn't just "look terrible." It would actually BE terrible! If someone from a rightwing palace of mass derpitude like AEI calls her qualified, then there should be no reason to vote against her. (Then again, a health reform plan from the Heritage Foundation is now socialism, so maybe that's not such a surprise.) We guess they will just not vote on any Fed chairman, like how they didn't vote on any members of the NLRB? Perhaps, maybe, the GOP could actually try DOING THEIR GODDAM JOBS rather than prancing and preening for the Ted Cruz tri-corner tin-foil hat crowd.

Hahahahaha, who're we kidding. Why would the GOP decide now is the time to focus on doing their job? Hell, they get paid whether or not we have sound fiscal policy, or even if the government is shut down.