Janine Turner: Convert Your Liberal Friends To Reasonableness By Calling Them Stupid Traitors 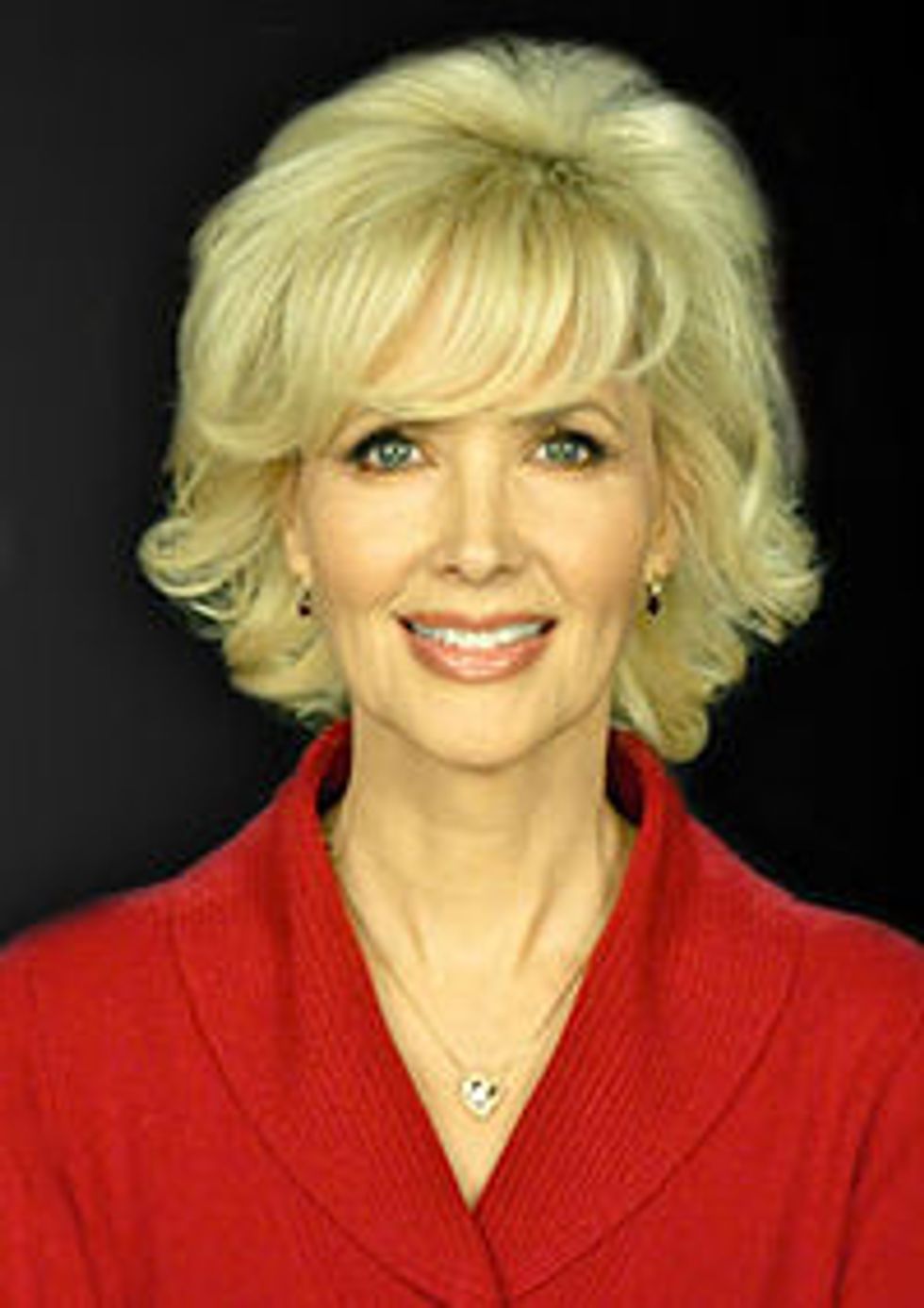 Famous 1990s actress Janine Turner ("Northern Exposure," "The Night of the White Pants") has joined the other most famous lady GOPer, Victoria Jackson, in going full wingnut, as you could probably tell by this terrifying picture of her going as Nancy Reagan for Halloween except that that is always how she looks now aiyeeeee!

Anyway, Ol' Janine over there is a "writer" now for Pajamas Media, and this is very exciting, and her first column is a holy shit of a tl;dr wherein she takes apart the word "girlfriends" with each letter forming a different way to convert your idiot liberal Hollywood bitch "girlfriends" to reasonableness by explaining that they are stupid traitors. What fun! Let's take apart some of it (it is literally a list of 63 bullet points) until we are bored! OK, it starts with an introduction where Turner explains that it is hard being a conservative Lady at a table full of blah commie Whoopie Goldbergs, and old feminist battleaxe Baba Wawas, and the talky one, you know, the Jewish one, because conservative women are too sweet and nice to stand up to them. But Turner will show you how!

G: Get Reasonable. Want to teach your children that laws don’t matter? Be a Democrat.

Knowledge is power and reason is a civic responsibility.

Our United States Constitution is the law of the land.

Democrat think the Constitution is irrelevant because it restricts them.

That is some excellent reasonableness right there, and we should always strive for such reasonableness in our own daily lives! For instance: Are you at the grocery store, and a lady is too engrossed in her own selfish bullshit to move aside so you could get down the aisle? Be reasonable, and PUNCH HER IN HER STUPID FACE. It is so awful how Democrat traitors are always being so mean to conservatives like Janine Turner, who knows that "the Democrats, not able to defend their wiles with wisdom, will attack the Republican women’s character. They know that Democrats cannot have a reasonable conversation, and a brouhaha will ensue." It is so awful especially that they would do that while menstruating all over the Constitution and just cold breakin' the law, ALWAYS, probably because Reefer Madness made them listen to Jazz and rape a White lady.

We are going to skip over about 50 letters now because Jesus Christ, and alight on this:

D: Darkness — Democrats Want Us to Be in the Dark. Want your child to sit in the dark? Be a Democrat.

We did not blow out our candles until we had electricity strung in our homes.

Obama is punishing and restricting our current American energy industry through the EPA in ways that are not feasible and not constitutional.

Government fails when it mandates the market. See Solyndra.

Our electricity is being compromised before alternatives are viable and accessible.

Obama and the Democrats want us to be awash in windmills.

What happens if the wind doesn’t blow?

WHAT HAPPENS IF THE WIND DOESN'T BLOW, AMERICA! And we did not blow out our candles until we had electricity strung in our homes. This is fucking William Blake style poetry of the mind, and we all should probably smoke some opium RIGHT NOW and let it wash through us like the tide. But what if the ocean stops tiding, huh? WHAT THEN? And that is why we must have coal-fired power plants forever and ever, because who ever heard of getting energy from wind? Stupid fucking Dutch, go back to Dutchland! Janine Turner is having no more of your Yurpeen nonsense. And that is how you convert your friends, by explaining them about candles, the end. [PajamasMedia]