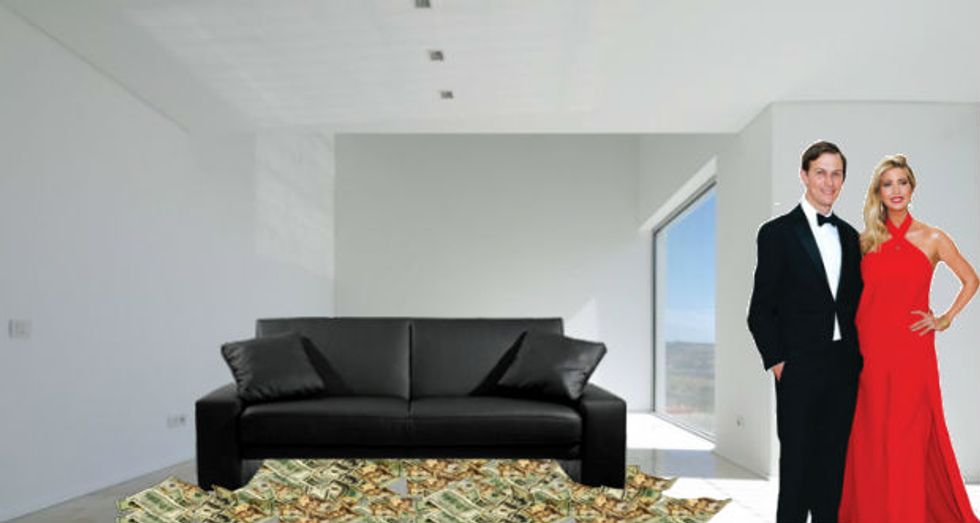 Whoopsie daisy! So it turns out that former Gossip Girl cameo-maker and very important presidential advisor Jared Kushner (and husband of Ivanka Trump), like, totally forgot a bunch of stuff when he first disclosed his financial assets, and -- according to his legal team -- "inadvertently" omitted 77 assets and at least $10.6 million dollars.

These things happen! I just switched purses yesterday and found like, five dollars, a pack of gum, and some bubblegum flavored chapstick I totally forgot about. It's just like that, except Jared totally forgot that he had some money from selling a mall in New Jersey, and a bunch of fancy art that is worth a lot of money.

Among the new set of assets Kushner disclosed, which could be worth as much as $51 million, he reported owning an art collection worth between $5 million and $25 million. The new forms also reflect that Kushner sold his interest in an aging shopping mall along the Jersey Shore, and no longer has a stake in a company that had held an interest in apartments in Toledo, Ohio.

Kushner also clarified his $5 million to $25 million stake in a holding company that owns Cadre, a real estate tech startup he co-founded with his brother, Joshua, that investors valued at $800 million.

Kushner's wife and the president's daughter, Ivanka Trump, also filed new federal disclosures. She reported assets of at least $66 million and earned at least $13.5 million in income last year from her various business ventures, including more than $2.4 million from the new Trump hotel near the White House.

The forms also revealed that Ivanka will be getting loads of money from other... things. And also that they both had to quit over 200 "positions" in order to get their super cool White House jobs. You know, so that Jared could figure out peace in the Middle East and Ivanka could, uh, sit in for Daddy at important meetings and stuff.

In addition, Trump also revealed that she will be receiving recurring annual payments totaling $1.5 million from some of her real estate and consulting interests, according to agreements she worked out in consultation with the Office of Government Ethics. Her filing notes that the fixed payments were necessary to reduce her interest in the performance of the businesses.

The documents also show that the young couple resigned from a wide array of corporate positions: Kushner stepped down from 266 such posts, while Trump resigned from 292 positions. The form requires officials to use ranges to report their income, which makes it difficult to determine the couple's exact wealth.

Question though! How does someone even have 266 or 292 positions? Are these positions they get paid for? Do they have a Time Turner like Hermione had in Harry Potter and The Prisoner of Azkaban, so she could take more classes than would fit in a normal school day? How is that a thing? Are they no-show jobs? Someone please explain this, for we are confused.