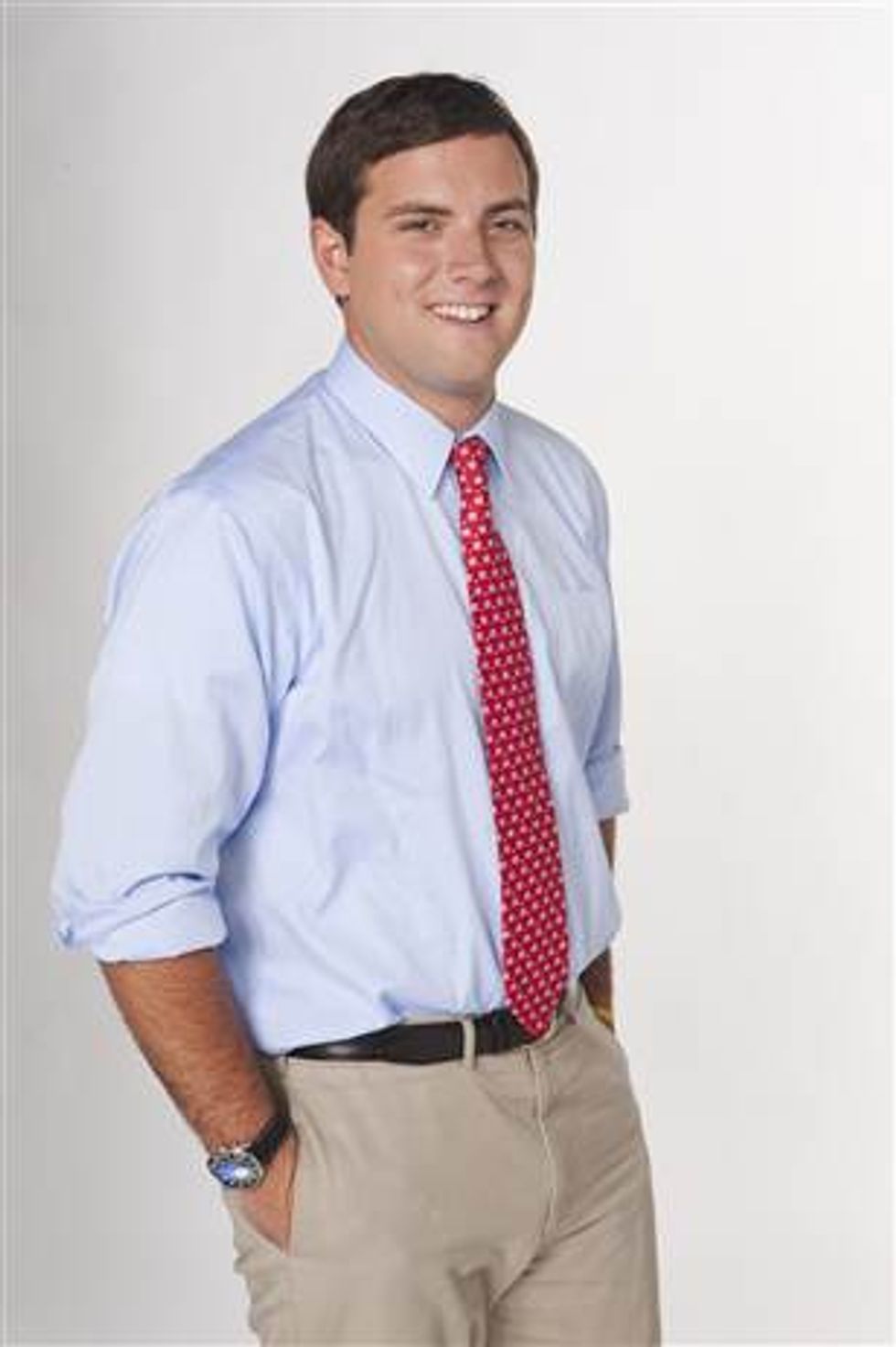 Yesterday we learned that Texas Congressman Louie Gohmert was all yeehawin', pew pew pew, about how if Barack Obama was gonna shut off the White House Tours as part of that bad ol' sequester -- something, unlike actual aid to olds and poors and whatnot, that people might actually notice -- then he was gonna introduce an amendment to some budget stuff saying Barack Nobama couldn't use taxpayer-funded transportation to go golfing. This seemed like a slight incursion into the executive branch like Hitler slightly incursed on Poland. Also, a little bit likea house arrest and a coup d'etat. But yesterday's story left out a key detail: what does Luke Russert think of this? That it shows the president is "petty." Tell us more, Great Nepotismo!

Well, Russert appeared on The Martin Bashir Angry Foreigner Hour and derped his way to Villager Excellence. "Aren't these Republicans a bunch of bullshitters?" asked Bashir, who is obviously brown and therefore cannot be counted upon to understand that both sides do it. "Idiotic thing from my mouth," said Russert, before continuing that dastardly Obama was sticking it to rank-and-file congressmen by shutting down the tours, instead of sticking it to babies with AIDS as God and John Boehner intended:

“Because the idea, Martin, is by putting that forward that there would be no more tours of the White House, who does that stick it to? That really sticks it to rank-and-file congressmen, who ordinarily would promise those types of tours to their constituents,” Russert insisted.

“It sticks it to the public!” Bashir shot back. “And it’s the public who are being injured by the sequester.”

“The public gets those tours through their congressman,” Russert continued. “If you look at it from the abstract, if you’re sitting in the middle of America tuning in at night, you’re saying, ‘Why are they fighting about who can tour the White House. We can tour the Capitol.’”

“It looks bad on both sides. I think it’s a pox on both their houses, which is a thing that we’re never supposed to say these days because it’s an easy way to get out for the media. But in this case, it’s actually really true.”

Shut the fuck up, Luke Russert.