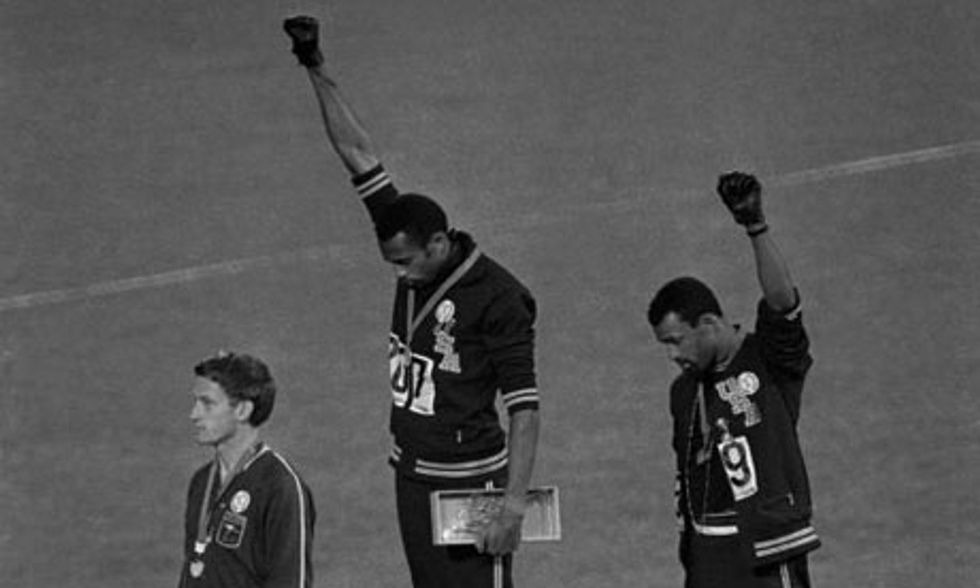 "Why isn't Obama talking about black-on-white violence? Why won't Obama acknowledge that minorities are doing crimes? When will Obama tell young men of color to be responsible and get married and don't do crimes?" Asking these questions -- indignantly and at length -- is as close as many commentators on the right will get to the issue of race. Some will get closer, of course (often with appalling and hilarious results), but the default setting of most conservative critics is to broadly blame Obama for failing to create racial harmony because he's too afraid of taking on minorities.

So these folks should love Obama's new 'My Brother's Keeper' initiative "to bring private businesses, nonprofits and local governments together to intervene in key moments in the lives of young black and Hispanic men to ensure they stay in school and eventually train for and get good jobs." But GUESS WHAT! They do not love it! They think it is bad, because "Constitution," and "discrimination," and "what about white people," and "the word 'insipid' used wrong," and "Jennifer Rubin." Hey wait! Where are you going?

Jennifer Rubin is so important! She has a column in the Washington Post! She doesn't know what insipid means!

In any event, it’s insipid to suggest one’s “brother” for whom you should look after is defined by skin color or ethnic background.

She probably typed "tasteless synonym" into her internet machine and it spit "insipid" back at her, and she was like "ooh, that word sounds like a good word, here I will put it in" and her editor Fred Hiatt said "snooze I am sleeping at my desk, my writers just do whatever the fuck they want and it seems to work good because I still have a job, I'm the best."

Jennifer Rubin is also very worried about the Constitution, and what will happen to it if the president asks private businesses and foundations to help minority males. Will our Republic survive? We can't know for sure, but definitely not, thinks Jenn's buddy Roger Klegg:

It is almost always unconstitutional for the government (and any private program that receives federal money) to discriminate on the basis of race and ethnicity. There is no “compelling” interest to do so here.

Then he is intellectually honest and says "On the other hand, it's not clear that Obama is actually involving the government in this, it looks like he's just asking private organizations to help out, which is fine." Just kidding, he doesn't say that at all, obviously.

Also obviously, the president trying to help at-risk minority men is the same thing as the recently vetoed Arizona anti-gay bill, because they are both "discrimination."

Now on Thursday the government itself wants to exclude at-risk boys who don’t meet the racial and ethnic requirements of the program. (If it was focused on only “straight” youth, would the left be up in arms?)

Depends, does this hypothetical program for "straight" youth tell them not to be dicks to gay people? We would maybe be good with that, and if the Constitution has to be throat-booted for this to happen, so be it.

Hmm... it's almost as though she has no shame.