Tennessee GOPer Doesn't Want Anyone Sexually Harassing Women But Him 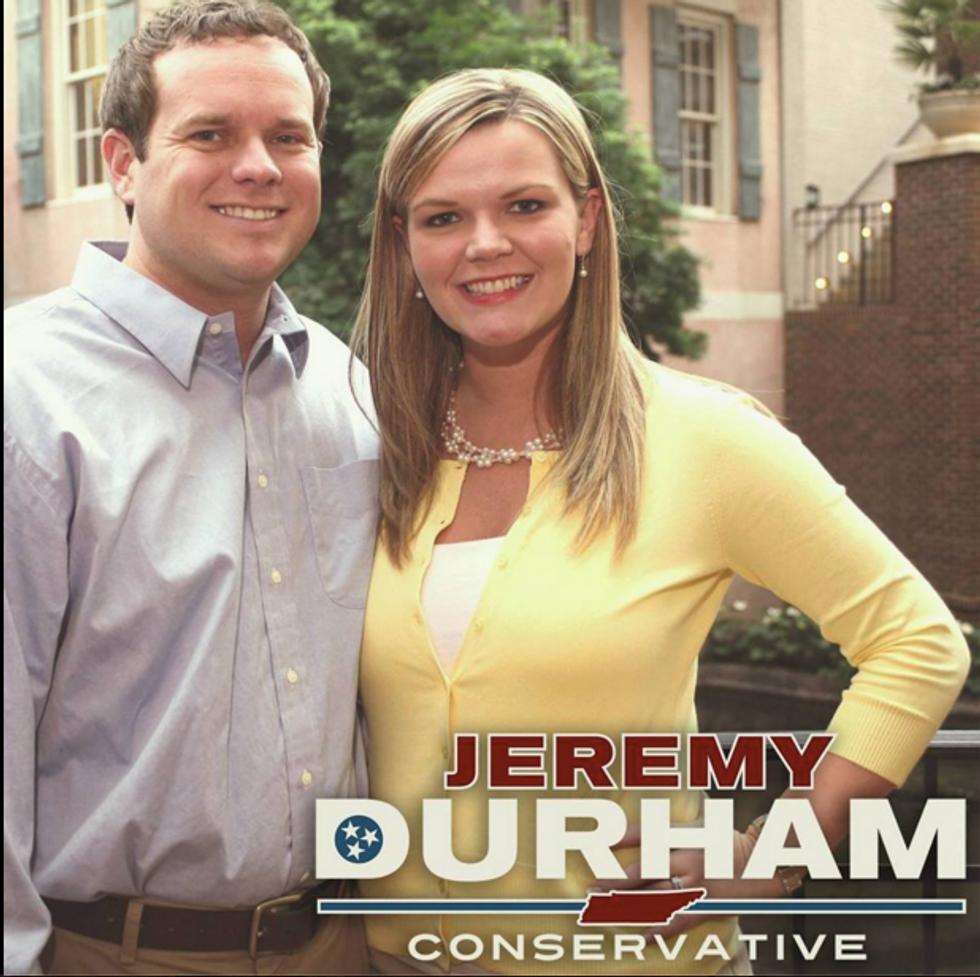 State Rep. Jeremy Durham (R - Your Vagina) is one of the key cosponsors of Tennessee's anti-trans bathroom bill -- a bill supposedly meant to protect women from sexual predators pretending to be trans women in order to go to the women's room and listen to them poop. Or to make it easier on said poop-loving sexual predators by allowing them to just say they are trans men without having to bother with a costume change. One of the two!

Tennessee Republican Too Busy Sexting To Resign Over Sexting Scandal

Of course, if there is anyone who knows all about being told to stay away from women, it is Rep. Jeremy Durham himself. The 32-year-old legislator has actually been booted from his own office by the Republican speaker of the state House and sent to do his job in an undisclosed bunker somewhere in Nashville because he just can't stop himself from sexually harassing every woman he sees. Or sexting them, because oh man, does he ever love sending unsolicited sexts to ladies he just knows are thrilled to be woken up at 1 a.m. with the prospect of mediocre sex with a celeb lawmaker like Jeremy Durham. Not that he remembers sending them, because he does not.

Tennessee Attorney General Herbert Slatery (also a Republican!) states that the move was made because a state investigation has concluded that Rep. Durham presents “a continuing risk to unsuspecting women who are employed by or interact with the legislature.”

The investigation, which involved interviewing 34 women who say they were harassed, found that Durham:

"Occupied a superior position of power to the women."

"Obtained personal contact information from the women under the guise of legislative business or another legitimate reason."

"Initiated contact about non-legislative matters and attempted to meet the women alone."

"Usually involved alcohol in his interaction with women."

The report also states that "With few exceptions, the women who related incidents felt they could not report Representative Durham's behavior because nothing could be done and they did not want to lose their jobs or be considered 'untrustworthy' by employers, clients or legislators," and that having to avoid Rep. Durham has made it pretty darn difficult for them to do their jobs.

Who better to protect women from the dangers of sexual predators pretending to be trans women in order to get into their bathrooms than one of the few people who actually might try to do that? If anyone is going to sexually harass women while they pee, it will be Jeremy Durham! And he will drink way too much to remember it anyway, so it won't count. Do those hypothetical harassers drink enough to forget about sexually harassing women? We don't know, and that's why it's so risky.

Naturally, Rep. Durham is running for re-election, noting on his Facebook page that "If there's one thing I've learned since being elected to office, it's that when you stand on your principles, it won't always be easy."