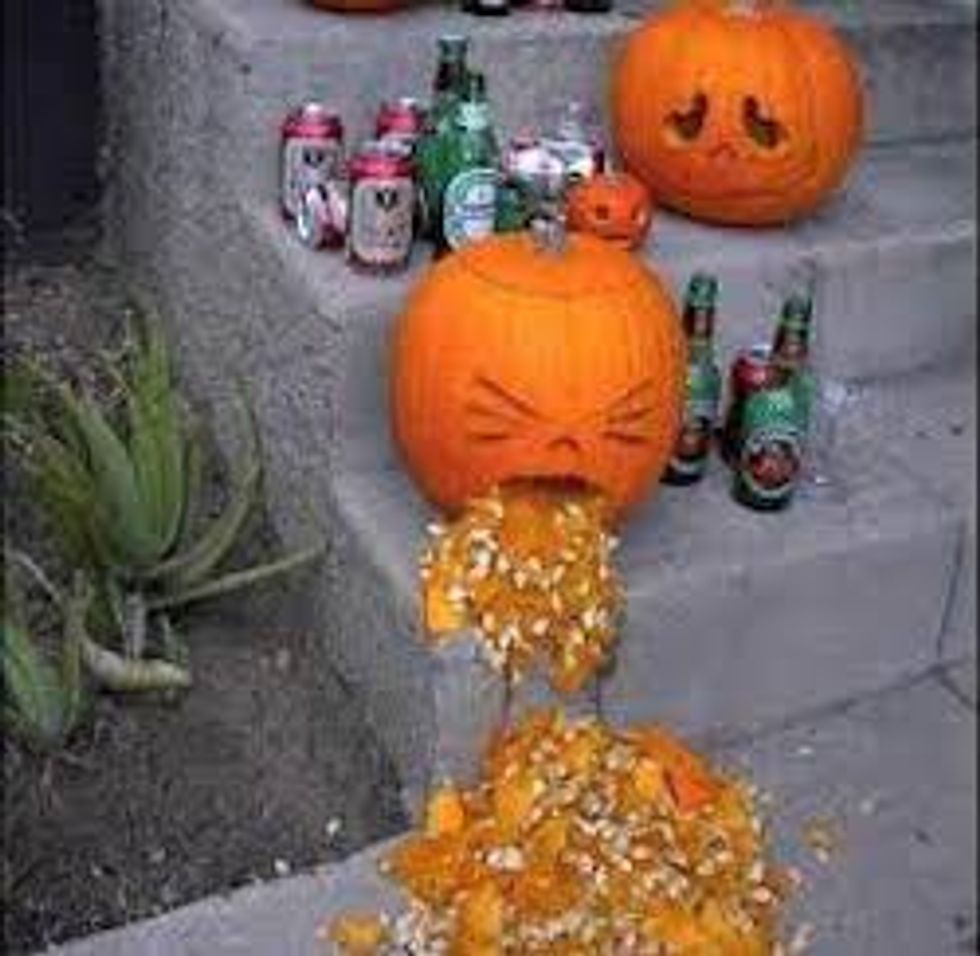 Journalists! They are always trying to smear their journa-poo on every last good thing, like Keene, New Hampshire's, Pumpkin Fest, or Sarah Palin! Here we have one "Jared" "Goodell," who'd broadcast live from the Pumpkin Fest for eight hours, because we guess there is not a lot else going on in Keene, New Hampshire. But for 20 minutes of those eight hours, he "reported" (AS IF) on the WHITE RIOT that was taking place just outside the Pumpkin Fest's gates. This is why we can't have nice things! Because when perfectly nice young white people smash stuff everywhere and overturn dumpsters and cars and rip street signs out of the ground, and there are injuries and dozens of arrests, ALL DAY, some "journalist" has to go "self-promote" himself, by mentioning it!

Sure, CNN was reporting on the so-called "riot," but they are lamestream media. Why couldn't this dumb mean jerk of a cable access reporter understand he was a guest of the Pumpkin Fest, and just not mention the little nothing that was going on all around the festival? Would that really have been so hard?

Thank goodness Pumpkin Fest organizer Ruth Sterling was there to explain to Goodell that he didn't need to "incite" any riots by reporting that they were happening outside. Why would anyone need to know a thing like that?