Jerry Brown's Stormtroopers Might Actually Pry Some Guns From Some Cold Dead Hands, and Other Gun News 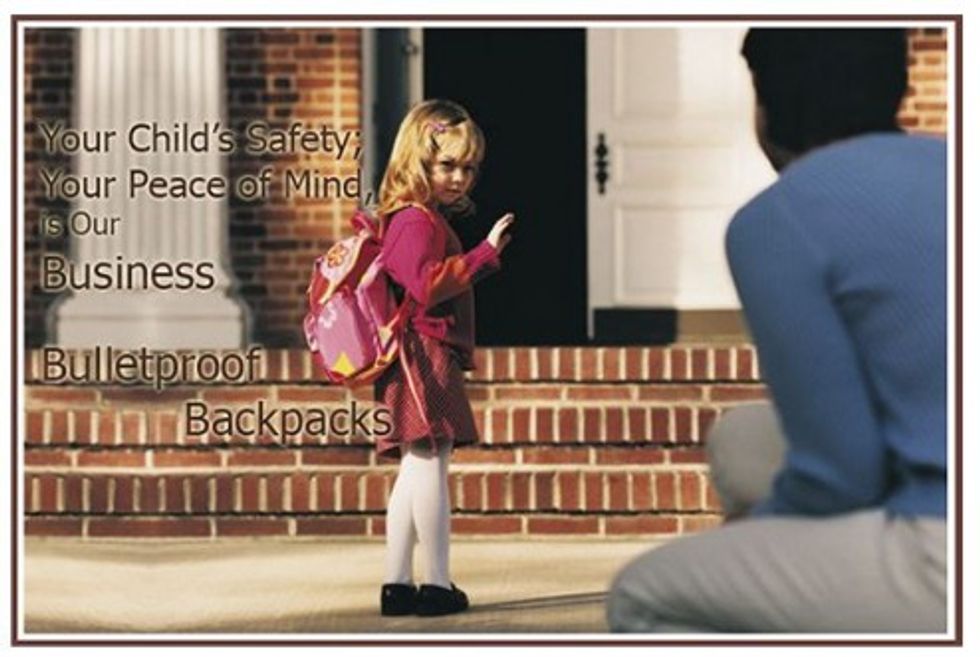 Hi diddly ho, Wonkerinos! It has been awhile since we submerged ourselves in the crazy world of America’s most prominent and deadly fetish. Frankly, we were feeling a bit overwhelmed with all the stories of people accidentally blowing away their own toddlers while cleaning their shotguns, and then the useless dicks in Congress killed gun control, and we decided fuck it, we live in a country full of irrational freaks and there is nothing left to do but make ourselves a nice Thorazine omelet for breakfast every morning and spend the rest of the day lying on the couch, drooling and watching sunbeams inch across the floor.

But then Editrix started stuffing our inbox with gun-related stories, and we read them and went online and read some more, and it turns out writing about gun news is a little bit like being a serial killer. You can only stop for so long before the psychological pressure becomes too great, and the only relief is to find another co-ed to imprison in your soundproofed basement dungeon with your cabinet full of well-oiled antique dental tools. By which we mean write another column. IT’S A METAPHOR, DAMMIT! So let’s get to it.

Here’s a thing that helped get us going: bulletproof backpacks! You know, for kids! It is the perfect gift for the little survivalist in your family as he heads off to another day of indoctrination from the socialists in the local elementary school. There is even a company called Amendment II, because of course, that sells these precious little snowflake protectors in Disney’s Little Princess and Avengers designs. Adorable! And imagine the conversation you can have with your kids: “Honey, this backpack is heavier than your old one, but it will prevent a hollow-point bullet traveling at 1200 feet per second from entering your body, shredding your internal organs and splintering your bones like twigs in a windstorm. And it’s got Iron Man on it!”

Look, yr Wonkette is not naïve. Nut jobs shoot up schools and we want to protect our kids. Of course, nut jobs also shoot up malls, movie theaters, coffee shops…hell, is there a category of public or private space in America that hasn’t been shot up by some angry sociopath? How is giving your first grader a head start (heh) on a raging case of PTSD a reasonable and rational way to live? It’s not. It’s ridiculous. We hope some millionaire buys up America’s entire supply of these backpacks and hands them out to schoolkids in Iraq and Afghanistan and Syria. And maybe inner-city Chicago, where we’re betting not too many parents have a spare $250 to blow on one of these things. Sadly, in those places, bulletproof backpacks make sense.

Speaking of foreign countries, if you are a Daily Show fan (or even if you’re not) but you somehow missed John Oliver’s awesome series on gun-control laws in Australia, you should check it out. Then you should ask yourself why you hate America, you pinko commie bastard. Australia? Where they eat vegemite and have stupid accents and you can’t just walk into the neighborhood Wal-mart and buy an AR-15 anytime you think about how armed rebellion may be necessary in the next few years to defend our liberties? (Said liberties that might need defending remain unspecified.) Good luck protecting your family then, you unarmed loser! Maybe you can wave a vegemite-smeared crumpet at the bad guys until they go away.

Some families are not waiting for the rebellion to start. Some are arming their five-year-olds now, getting them all trained up to be guerilla fighters for freedom in anticipation of the day the Union again sends its forces south. No five-year-old should ever feel the boot heel of oppression on the back of his neck! Of course before that day gets here a few five-year-olds might shoot their two-year-old sisters, because when you are five we don’t care how many goddamn times your parents tell you not to play with the rifle they gave you for your birthday and let you keep propped in a corner of the living room with a live bullet in it, you are not going to listen. Because you are five. Yr Wonkette has twin nephews who turn five in a couple of weeks and last time we visited they still needed an adult to work the remote to get an episode of Thomas the Tank Engine playing on Netflix. The only benefit to arming them is maybe they would shoot the TV and we would never have to watch Thomas the Tank Engine again. But mostly we suspect only bad things would happen if our brother and sister-in-law handed them loaded weapons and then went off to clean the kitchen.

The kids in Kentucky may be armed, but soon many thousands of Californians will lose their legally purchased firearms thanks to our beloved Governor Moonbeam:

The state will send dozens of new agents into California neighborhoods this summer to confiscate nearly 40,000 handguns and assault rifles from people barred by law from owning firearms, officials said Wednesday.

The plan received the green light Wednesday, when Gov. Jerry Brown signed legislation providing $24 million to clear the backlog of weapons known to be in the hands of about 20,000 people who acquired them legally. They were later disqualified because of criminal convictions, restraining orders or serious mental illness.

This is a relief! Now we can be slightly less worried that the weirdo on the subway cackling to himself while whacking his head against the window is legally armed. Taking guns away from violent felons and the mentally ill is so reasonable that the most widely heard opposing argument was a complaint about the unfairness of paying for the program with a fee imposed on gun purchases. Aw, poor gun owners, having to pay a little tax so the state can mitigate the damage done to society by two hundred years of their Second Amendment absolutism!

Predictably, the Second Dumbest Man on the Internet is incensed about this bill. But ProteinWisdom, the only reason you would need to worry is a) if you actually lived in California and b) if you have been publicly accused of having emotional problems that resulted in your needing medication and treatment and you responded with something like this…oh, right. Sorry dude. Maybe try being less emotional about it.

Whew, this was an invigorating tour through the precincts of crazy! Thanks for joining us. Until next time, Wonkers, remember that the only thing that can stop a bad five-year-old with a gun is a parent who is not a total fucking idiot. (Also, we are sorry for your loss.) Toodles!