Jesse Jackson, Jr. Admits To Sexytime With Dolphin Model, Not To Huge Bribe 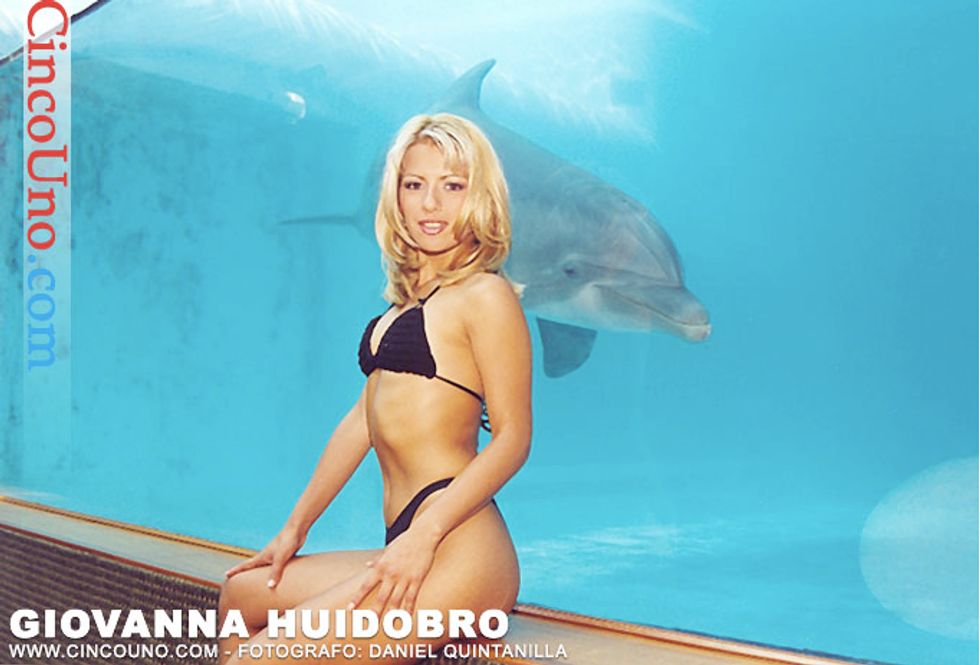 According to a "major political fund-raiser" who has talked to federal authorities, former fat guy Congressman Jesse Jackson, Jr. directed him to raise $6 million in campaign contributions to buy the Senate seat Rod Blagojevich was selling. Jackson denied that today. But the source also told them that Jackson was having an affair with Giovanna Huidobro, a D.C. restaurant hostess and model, and had directed the source to pay for two of her airline trips to see him. Jackson didn't really deny that one today. Of course there are internet photos of this Huidobro lady, posing sexily, with dolphins.

"The reference to a social acquaintance is a personal and private matter between me and my wife that was handled some time ago." Jackson Jr. said in a statement. "I ask that you respect our privacy."

Certainly. But here is a website with a whole bunch of her modeling photos, including one with the aforementioned dolphin: