Jesse Ventura Announces He Will Turn Into A Mexican 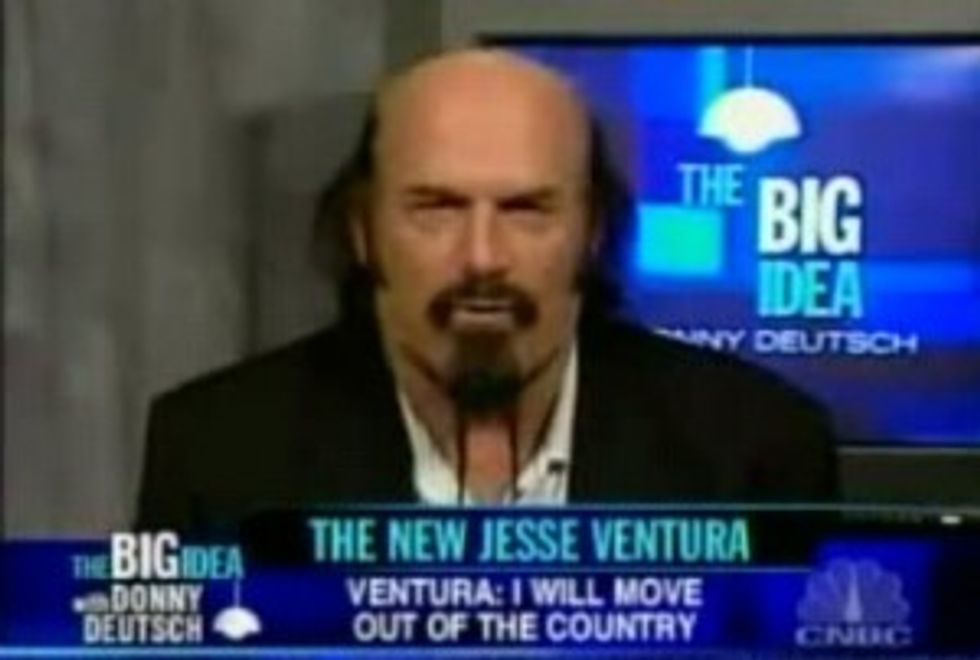 America's second-most favorite whackadoodle ex-governor Jesse Ventura (whose crazy gave Minnesota such a hangover it then electedTim Pawlenty) managed to gather enough bored reporters together to formally announce that he tragically lost his important lawsuit trying to get the government to quit letting TSA agents touch his nuts all the time. In revenge, he will now become a Mexican, in order to stick it to the fascist tyranny of Minnesota.

Ventura, a political independent who served one term as governor, teased that he might have to run for president to change the policy and a court system he regards as broken.

Moments later, he vowed to apply for Mexican citizenship so he can live there more months of the year.

The former Navy SEAL said he had lost his patriotism.

"I will never stand for a national anthem again. I will turn my back and I will raise a fist," he said.