Jesus We Are Sick Of Football: Your Daily Review 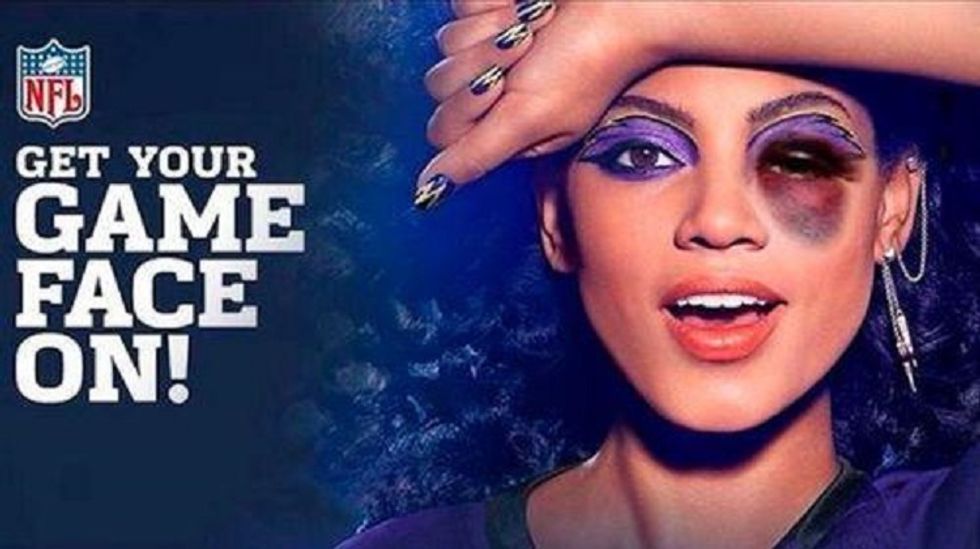 Would someone in Washington -- preferably a senator, but a high-ranking House member would be OK -- PLEASE get caught doing consensual sexxytime with someone who isn't their spouse, preferably in the middle of K Street? We have had just about as much of these goddamned NFL domestic violencing assholes as we can take, and it's starting to make us long for the everyday political venality and dickery that we love so much. So by now you have undoubtedly heard about the latest sportsball horrorshow: Arizona Cardinals running back Jonathan Dwyer has beenarrested on multiple charges in a domestic violence case (autoplay video at link). Just about the only thing "good" we can say about this latest case is that the Cardinals learned something from the three other teams that took forever to figure out that their abusive players need to be benched: Dwyer was placed on indefinite suspension after the arrest.

The charges against Dwyer -- two charges of aggravated assault, two counts of "criminal damage," and one of preventing a 911 call -- stem from two incidents in July involving Dwyer's wife and 18-month-old child. The assault on his wife allegedly fractured a bone, and he also reportedly threw a shoe at the baby. Dwyer's wife left the state after the incidents, after which Dwyer sent threatening text message to her. He seems nice. The woman only reported the assaults to Phoenix Police on September 11; and after investigators collected evidence ad interviewed witnesses, Dwyer was arrested at the Cardinals practice facility yesterday.

Police had actually gone to the Dwyers' home on July 21 when neighbors called 911, but the victim convinced them to go away (get ready for Fox News to have fun with that...):

The woman ... answered the door and told officers that the argument was verbal and that Dwyer was not at the home, [Phoenix police spokesman Sgt. Trent] Crump said.

"They were convinced that the fight was verbal (and) that was called in by a third party," Crump said. "She convinced them of that while he was hiding in the home."

Investigators now believe Dwyer was hiding in the bathroom of the home until police left, Crump said.

The woman told police that Dwyer physically assaulted her. Dwyer and the woman got into another argument a day later, on July 22, and police believe he took the woman's cellphone and threw it from the second floor of their home, Crump said.

Police believe that Dwyer, during the second incident, also took a shoe and threw it toward their 1-year-old child.

And just to add that special extra nausea-inducer, in that second incident, "Dwyer threatened to harm himself" if his wife called 911.

Dwyer is actually the Cardinals' second player with a domestic violence charge: Linebacker Daryl Washington pleaded guilty in March to assaulting his girlfriend, but he was already indefinitely suspended from the team for an earlier substance-abuse violation. No NFL discipline for him on the domestic assault charge yet.

In other Jesus We Are Sick Of Football™ News:

We're pretty sure we'll have more Jesus We Are Sick Of Football™ for you tomorrow. Wouldn't it be nice if we were completely wrong about that?