Jewishes Not Interested In Your Bathroom Junk, Don't Care If That Makes Jesus Cry 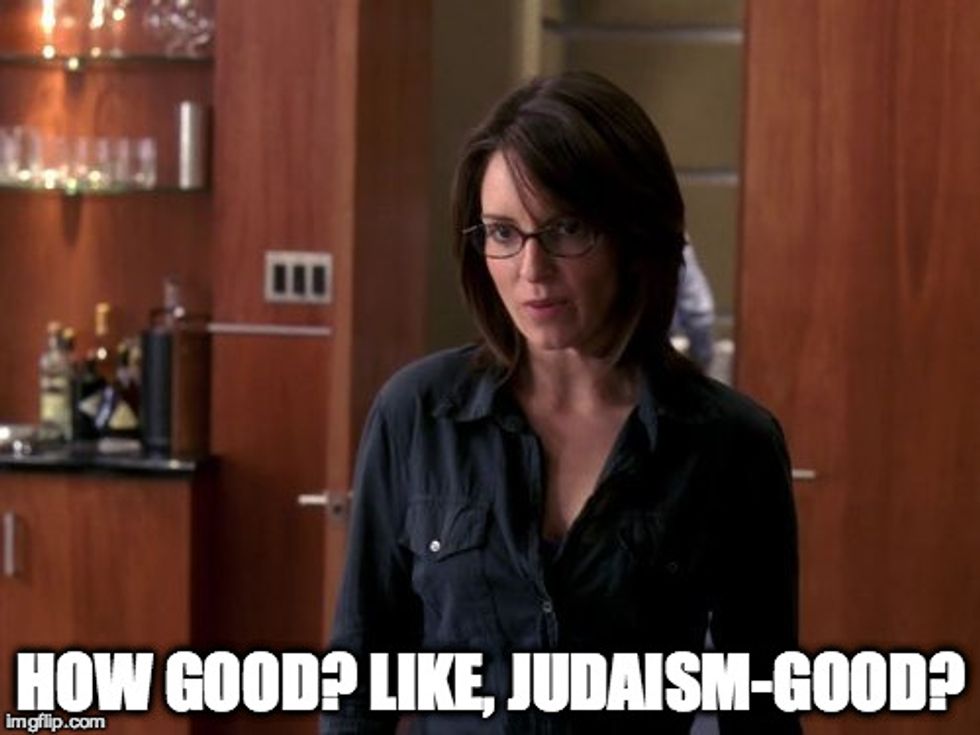 While we have been made aware that this here is a Christian nation, it says so right in the Bible, and therefore all our laws ought to follow what Jesus said about transhomosexbians, in Leviticus, behold some heathen rebels who have a different idea:

Temples and synagogues affiliated with the nation's largest Jewish movement should take specific steps to embrace transgender people, a U.S. conference of Reform Jews urged on Thursday in approving a groundbreaking resolution.

In a resounding voice vote, Reform Judaism embraced some of the most far-reaching policies for transgendered men and women seen among any of the nation's mainstream religious organizations, lesbian, gay, bisexual and transgender (LGBT) right advocates said.

The godless proposals include gender-neutral bathrooms, education for staff, and encouraging rabbis to deliver sermons about how LGBT members of the community are just like regular people, we should love them also too. Plus, Jewish organizations should advocate for political reform to expand and protect rights for our gay lesbian bisexual transgender panqueer unisex-curious neighbors:

The measure also urges public policy changes to make it easier for transgendered persons to update passports, voter registrations and birth certificates, and to be identified with pronouns and have access to public restrooms according to their gender identity.

Fortunately, for the Jewishes -- and for people who've read the Constitution -- what Jesus may or may not have said about The Gay Penis Vajajays is irrelevant. Like how we've told you before, a millionty times, American Jews are a bunch of socialistical liberal justice-loving progressive gay-sexing abortion-doing hippie types, and they're all about the underdog and the downtrodden and the other people who get persecuted like The Jooz have for pretty much since always.

Granted, this push is coming from the Reform Jewishes, though we'd like and expect to see, say, Conservative Judaism -- which years ago endorsed gay marriage, before it was the U.S. law of the land -- follow suit. Reform Jewishes comprise the biggest percentage of American Jews, though, so this is a good sign and a great start. Yes, Judaism has its own whackadoodle wingnut extremists who are like, "Ew, don't wanna sit next to a girl on a plane and get girl cooties because the Torah says." There are not many of those, though, and certainly not in America.

Reform Jews are all about modernizing their ancient religion, for the kids these days, because over the course of more than 5000 years, stuff changes. And one of those stuffs is how treating our fellow people like people, regardless of what they have in their panties or what they do with it, is just good common sense, in the year of our calendar, 5776, amen.